“I want to know if Phil Jagielka, Richard Stearman and I are the oldest back three to ever play together.”

Curtis Davies’ Instagram plea for confirmation of a potential record said it all. He hadn’t expected that he would be lining up in one of the most experienced back-lines in football history, but Derby County had got the job done by beating Hull City on Wednesday with a three-man central defence boasting a combined age of 108.

Davies, 36, and 39-year-old Jagielka, who was snapped up this week on a short-term contract after training with the club through the summer, have quickly been likened to Italy’s Euro 2020-winning pairing of Giorgio Chiellini and Leonardo Bonucci such is their veteran impact on a Derby squad hit by crisis.

With the club still awaiting a takeover and having been blighted by financial difficulties and run-ins with the EFL, manager Wayne Rooney has been left begging for favours to get together a squad which can compete in the Championship under the constant threat of transfer embargoes and points deductions. And in Davies and Jagielka in particular, he has found a bedrock around which a competent side can be built. 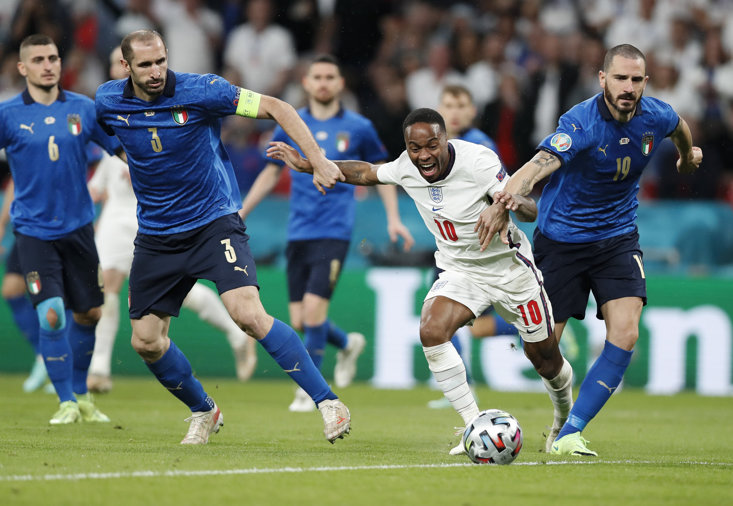 BONUCCI AND CHIELLINI FORMED THE BASIS FOR ITALY'S EURO TRIUMPH

On Wednesday they linked up to lead Derby to a 1-0 win at Hull’s MKM Stadium, taking them to a four-point return from their opening three games. For a club who remain 4/5 favourites for relegation to League One with Betfred, that makes for a decent start. And but for an injury-time collapse at Peterborough last weekend they would have had seven points rather than four.

Now 37 and 34 respectively, Chiellini and Bonucci have gone on to new heights thanks to their contribution to Italy’s European Championship success in the summer. Davies and Jagielka would be happy with a guarantee of safety in the Championship this season at this point given Derby’s struggles, but they’ll surely take the flattering parallels drawn between them and the Juve duo in the meantime.

Davies is now in his fifth season at Pride Park after leaving Hull upon their most recent relegation from the Premier League. His know-how has been one of the keys to the Midlands outfit in the intervening period, despite two injury-hit campaigns.

Jagielka, meanwhile, started only eight games in his two-year return to Sheffield United after their 2019 return to the Premier League but the 40-cap former England star could still prove to be a valuable addition between now and the end of his current Derby deal in January 2022. 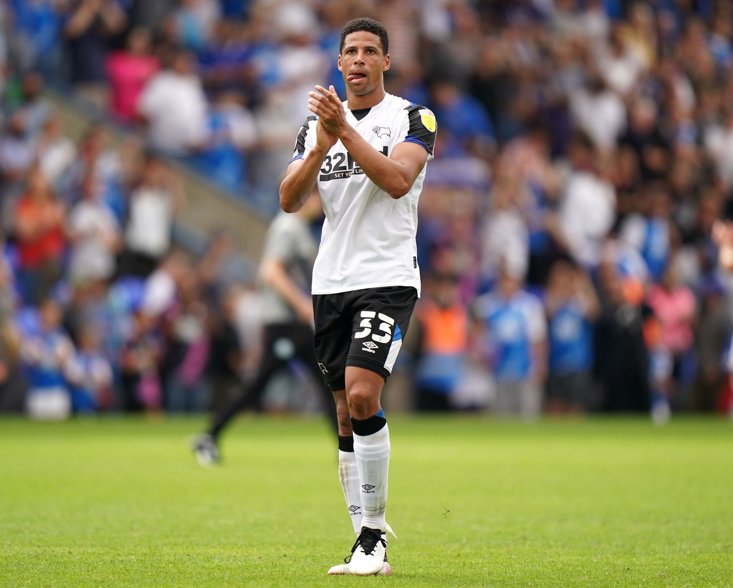 DAVIES IS NOW IN HIS FIFTH SEASON AT PRIDE PARK

“Jags is very experienced, he brings more experience to the squad,” Rooney told the club website. “He has played at the highest level for a long time, and in the Championship.

“Jags knows the game and reads things very well; he will bring a lot of calmness to our game.”

It would be naïve to expect the pair of veterans to be at the top of their game for the vast majority of Derby’s 46-game Championship season, but Rooney and the Rams are in a position to target winnable matches where necessary. And that could help to give the defensive pair some breathing space as they look to help Derby to a comfortable position in a bid to avoid the last-day scramble which saw the club stay up by the skin of their teeth last season.

There may be no international glory on the line, but the Championship’s answer to Bonucci and Chiellini might be about to achieve huge feats of a different type in the image of Italy’s modern defensive greats.