It used to be that the biggest congregation of bad lads at Chelsea was found at the back of their famous Shed End.

Diego Costa would have loved the raw atmosphere and the chance to cut loose on a Saturday afternoon. With large-scale yobbery now confined to history, it’s left to the players to maintain the tradition of boys behaving badly.

After all, the two abiding memories of colourful Costa in a Chelsea shirt are of his simmering feud with Antonio Conte following a training ground ruck. And of him raising a fire extinguisher above the manager’s head poised to soak the room in celebration of winning the Premier League title in 2017.

This weekend Costa will walk through familiar corridors when he returns to Stamford Bridge with struggling Wolves. Lining up against him, albeit at the opposite end of the pitch, will be Pierre-Emerick Aubameyang, ditched by Arsenal last season and saddled with a reputation of being untameable.

Aubameyang is 33 and Costa celebrates his 34th birthday this week. You would think both will be settling down in the twilight years of their careers. But everyone is waiting for it to all go wrong.

While Manchester City boss Pep Guardiola sits contentedly drumming his fingers waiting for Erling Haaland to single-handedly smash his next terrified victims, Chelsea and Wolves are reliant on two old rogues to spearhead their seasons.

Chelsea boss Graham Potter needs Aubameyang to lead his team into the Champions League places next season. Managerless Wolves are banking on Costa to keep them out of the Championship. It says so much about the glaring chasm between teams at the top end of the league and the worrying lack of alternatives down at the sharp end in the fight to stay out of the bottom three. 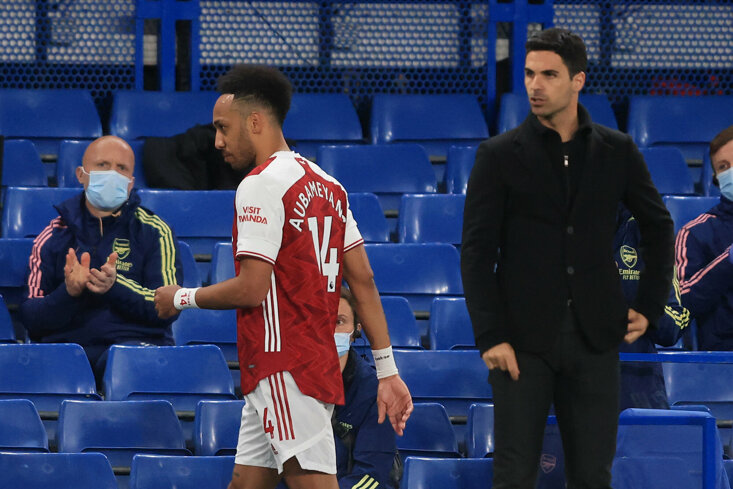 If you were a manager would you be happy placing your future in the hands of Diego Costa and Pierre-Emerick Aubameyang? Maybe that is why former Spain manager Julen Lopetegui is dithering about taking over at Molineux.

It is no doubt also why Chelsea hatched a secret plot last month to nail a deal with Bayer Leverkusen striker Christopher Nkunku almost 12 months in advance. Aubameyang has settled in well at Chelsea. He has even scored two goals in his last two games.

But it only takes one phone call to his previous manager at Arsenal, Mikel Arteta, to discover why he was shoved off to Barcelona on full pay last February. Even Arteta’s concrete-set jet-black hair was in danger of turning grey after stripping Aubameyang of the captaincy.

Scoring goals has never been a problem for either player. Costa hosed down unsuspecting defences with a blistering start to his time at Chelsea in 2014. Seven goals in his opening four games. His combative character made him a massive weapon in the fight to rattle the opposition. But when he turned his aggressive and unruly personality inwards, trouble started.

His ‘enjoyment’ of life outside football led him to report back for pre-season training overweight. The full nightclub set up in the back of his Surrey mansion, complete with turntables and a rumoured smoke machine and lights, was never going to help his relationship with Conte, a ruthless micro-manager who banned vinegar from the players’ canteen because it was considered bad for their diet.

The irony about the whole Costa situation is that they have failed to replace him since. Alvaro Morata couldn’t wait to get back to sunny Spain because he hated London so much, Olivier Giroud was a superb professional but was 31 when he signed.

Timo Werner has come and gone without anyone really noticing, Romelu Lukaku was totally out of place last season and back at Inter Milan after just one year.

Old man Aubameyang is finally giving Chelsea fans some hope that they have got a decent centre forward at last. But the fact they have taken the plunge on somebody so old and with such a reputation in the first year under new owners is at odds with the much-publicised policy of long-termism under American chairman Todd Boehly.

To have Costa back in the Premier League is a blessing, but not for his ability to find the back of the net. His personality and the stories that will no doubt surface around him will enhance English football’s reputation as the most interesting in the world but to the detriment of Wolves’ battle to stay up.