Football
News
Frank Lampard's side have a lot to learn from the Dutch champions
Simon Lillicrap
14:28, 23 Oct 2019

Chelsea's young guns will take on Ajax tonight for the first time ever in a European competition and comparisons are already being drawn between Frank Lampard's Blues and the Dutch giant's similarly youthful outfit.

Tammy Abraham, Mason Mount and Fikayo Tomori have all been key players for the Blues this campaign and they have received much well-documented praise about this youth policy, yet tonight they come up against the masters of the youth system, Ajax.

Lampard’s arrival coincided with a transfer ban which has allowed the Englishman to introduce a whole host of young players into the first team.

“We’ve got a long way to go to claim the similarities,” said Lampard in his pre-match press conference.

“We shouldn’t get carried away with ourselves. It’s great we have a good feeling at the club, in terms of the young players that have come through. I think it’s long-deserved recognition for the academy itself and those players. But we are at a place that is steeped in history of creating great teams with groups of young players over the years. We have a long way to go to do that. But in the short term I’m certainly happy.”

Last season the Dutch giants thrilled Europe with their run to the Champions League semi-finals, knocking out Real Madrid and Juventus along the way. Spearheaded by the talents of Matthijs de Ligt and Frenkie de Jong they came within one kick of making the final and when Juventus and Barcelona picked off their hottest talents this summer for big money, their squad looked severely weakened.

But the side Chelsea will face tonight is far from weak. They are yet to lose a game this season in any competition and have regenerated under boss Eric Ten Haag, who has invested wisely with the funds and arguably strengthened his squad against all the odds. 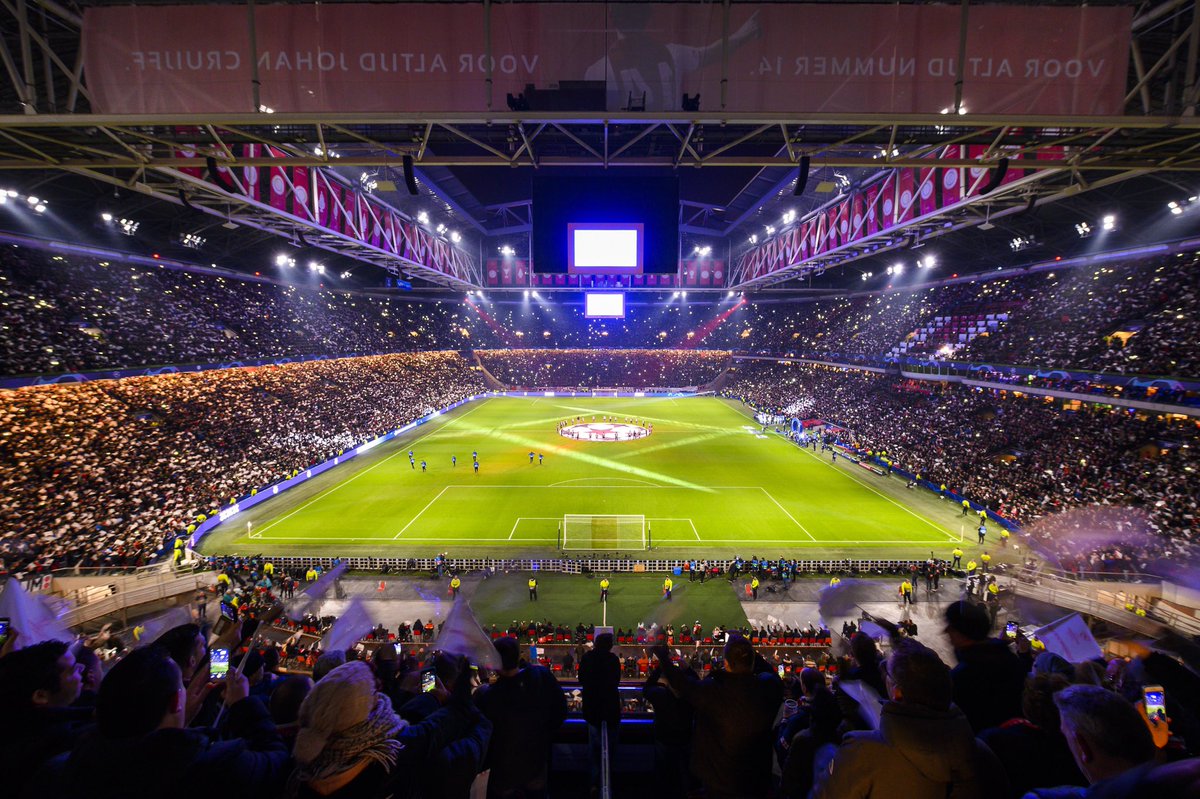 Dusan Tadic, Donny van de Beek and Hakim Ziyech all remain as an attacking trident from last campaign but players have been brought in to replace the departed superstars. Lisandro Martinez and Edson Alvarez have been brought in as defensive options and, both aged at 21 are now crucial to the midfield set-up while Quincy Promes provides a pacey option on the wing.

Next off the academy conveyor belt for the Amsterdam club is right-back Sergino Dest, a 19-year-old who has established himself in the first team this term, and centre-back Perr Schuurs of the same age. The latter is tipped to be de Ligt’s long term successor, although is struggling for first-team action this season given the good form of defensive duo Daley Blind and Joel Veltman.

As Lampard stated, his Chelsea side have made a start to incorporating youth into their side, but they face a long journey to emulating their illustrious Dutch opponents. They can take heart heading into the game tonight based on the fact they are unbeaten in their last four games against sides from The Netherlands… sort of. They beat Feyenoord twice in the 1999-00 season and back in 1968-69 they drew 0-0 in two knockout games against AFC DWS, before going out thanks to a coin toss!

Lampard’s men will be hoping Lady Luck is on their side tonight, 51 years on from that unfaithful flip of a coin.