Football
News
The Watford boss retires at 74 after Watford's trip to Chelsea on Sunday
Andrew Dillon
19:00, 20 May 2022

It is fair comment to suggest Roy Hodgson might not have enjoyed such a long career had he chosen stand-up comedy instead of football management.

Sunday’s away match for Watford at Chelsea has been totted up as his 1231st game in the dugout over 46 years. It’s hard to imagine football’s most earnest old soldier enjoying as many nights on stage at The Palladium.

Like many veteran entertainers though, Hodgson is bowing out for the second time. The final time, so he says. He could not resist an encore with doomed Watford this season but has decided it’s time to quit the stage.

Fittingly, when asked this week what he would not miss about management, bookish Hodgson cited the handball law. Nothing about prima-donna players, barmy chairmen, blood pressure, stress, wild women, the adrenaline surges of life in rock ‘n’ roll football.

He hasn’t even won anything of any note. A couple of Swedish league titles and runner-up in the old UEFA Cup and Europa League. Yet there is something about Hodgson that has appealed to football clubs and football nations across Europe that will be sorely missed.

In a week when dignity in football has been sorely tested with fans attacking players and managers kicking supporters, Hodgson’s impending retirement is a symbol of changing times. 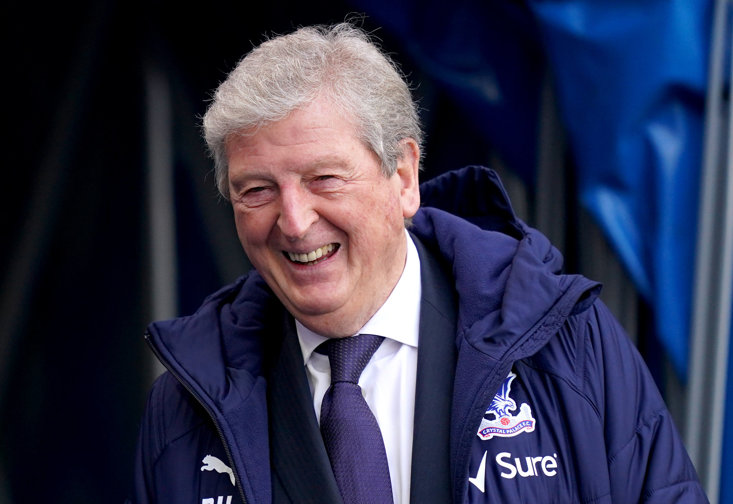 SUNDAY WILL BE HODGSON'S 1231ST AND FINAL GAME

Whether or not you like his bookish personality, maybe you don’t rate him as a manager, nobody should disregard Hodgson’s honesty and integrity.

His high point in English football must surely be his achievement of taking Fulham to the Europa League final in 2010. London’s oldest but smallest Premier League club knocked out a Juventus team including Fabio Cannavaro and David Trezeguet en route.

By the time of the final in Hamburg, Fulham were the only English side left in Europe. When asked to sum up how it felt to be flying the flag for entire nation against massive favourites Atletico Madrid, Hodgson puffed out his chest and responded: “Hopefully we can do our bit for the Uefa coefficient.”

Galvanising? No. Plain and simple? Yes, and underlining his focus on detail rather than airy romance. That is the gift you get from Hodgson.

Even now, senior figures at Fulham rate him as arguably the best manager they have ever had. The European run is immortal, yes, but also his character and personality which, though dry as the Sahara, charmed the entire club.

Hodgson was a mere slip of a boy at 62 when he led Fulham in that epic season. Yet he still took training every day, in his tracksuit. Plonked in the middle of a crowd of boys roughly a third his age.

Staff watching from the windows of the club’s cosy training ground hub marvelled at how sessions would stop, start, stop, start to the tune of Roy’s whistle. The old boy was so obsessed with the nitty gritty that he would physically stop his players and manhandle them into the right position - even if it was only a couple of degrees’ adjustment.

Normally footballers would rail against such OCD behaviour, especially from someone who only played non-league. But as one senior Fulham source told me this week: “They couldn’t argue because we were bloody well winning!"

Fulham Football Club: Champions
@FulhamFC
Congratulations to Fulham legend, Roy Hodgson! 👏
He has been awarded a CBE for his services to football.
#FFC 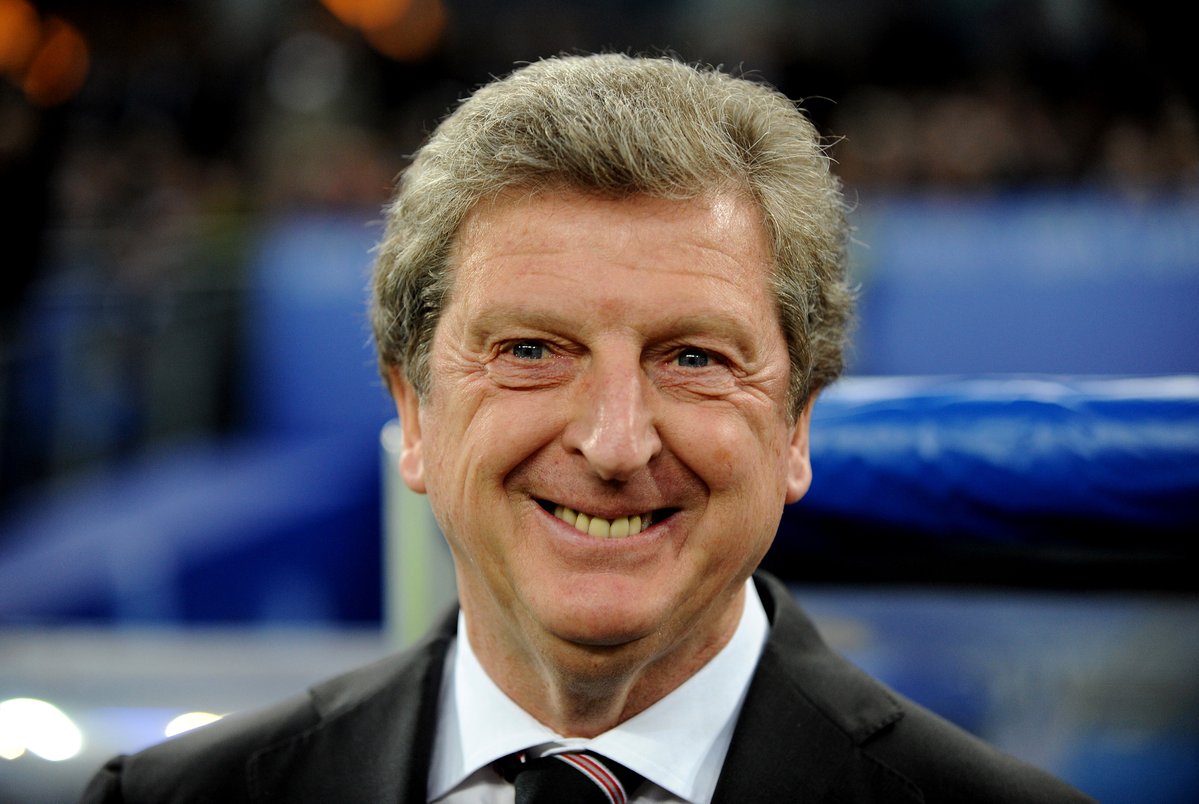 Hodgson has become known as an expert at improving players - a dab hand at organising those who can be coached. And that has perhaps been his downfall.

It’s one thing telling Pascal Zuberbuhler where to stand for crosses at Fulham. But at Liverpool, stopping Steven Gerrard in his tracks to swivel his shoulders 0.5 degrees towards true North at corners is not really addressing the problem.

Yet nothing could keep Hodgson away from football and vice versa. He lasted just six months at Anfield but was back in work just weeks after getting the sack - with West Brom. It was a better fit and he stabilised the club in the Premier League.

As England boss he will be remembered for the Iceland disaster and the embarrassing end to the Euro 2016 campaign, plus the public way he announced the end of Rio Ferdinand’s international career to a carriage full of Tube passengers… Pilloried for being honest when asked a question by a fellow traveller.

Those old-fashioned values may be out of step with modern football, in an era of closet breakaway leagues, increasing violence and money talking louder than ever.

It is sad to see Hodgson go, but please, don’t come back. For your own sake.

x
Suggested Searches:
The Sportsman
Manchester United
Liverpool
Manchester City
Premier League
More
football
Newcastle United Finally Get Their Man As Sven Botman Signs
Newcastle United have confirmed the signing of Dutch centre-back Sven Botman from Lille for an undisclosed [ ... ]
football
Chelsea Close To £55M Deal For Leeds United's Raphinha
It’s the transfer window that just keeps giving!  Chelsea are now reportedly close to agreeing [ ... ]
football
Happy Birthday Kevin De Bruyne: The City Man Could Be In For...
Kevin De Bruyne turns 31 today and while he can expect no shortage of presents, he is a man with more [ ... ]
football
Forget Transfers, Here Are The Players That Could Improve Their...
The transfer window offers a twice-a-year opportunity for clubs to re-jig their squads, shift the deadwood [ ... ]
football
Success Or Failure? Every EPL Club's Most Expensive 2021-22...
The summer transfer window is well underway and fans across the Premier League are demanding that their [ ... ]
football
Netherlands Striker Miedema Feels Euro 2022 Can ''Put Women's...
Netherlands international Vivianne Miedema believes that this summer’s Euro 2022 in England is [ ... ]
football
LIVE Transfer News: Raphinha, Sven Botman & More
Good morning and welcome to The Sportsman's LIVE transfer blog, where we will have you covered for [ ... ]
football
Richarlison Over Antony: The Transfers Man United Need To Do...
With Manchester United’s summer business continuing to revolve around Frenkie de Jong, discussion [ ... ]
football
How Arsenal Can Get The Best Out Of Gabriel Jesus As £45m Deal...
Arsenal are closing in on the signing striker Gabriel Jesus from Manchester City in a deal [ ... ]
football
Four Number 17s Sadio Mane Will Look To Live Up To At Bayern...
Sadio Mane is embarking on a new adventure with Bayern Munich, having ended his six-year love affair [ ... ]
football
Arsenal Keeper Matt Turner's Journey To The Prem Has Had Many...
It’s all systems go at the Emirates Stadium with Arsenal acting swiftly to bolster their squad [ ... ]
football
£170M! The Long-Term Cost Of Chelsea's Horror Romelu Lukaku...
Romelu Lukaku’s loan return to Inter Milan is imminent and just one year after Chelsea paid £97.5m [ ... ]
football
The Third Best Stadium In Glasgow, Hampden Park Desperately...
From the 10-goal thriller between Real Madrid and Eintracht Frankfurt in the 1960 European cup final [ ... ]
football
Premier League Meets Primeira Liga: Why English Clubs Are Raiding...
As Premier League clubs frantically try to assemble squads that will improve their lot this season, [ ... ]
football
Transfer News: Gabriel Jesus To Complete Arsenal Switch
The latest news from the football world sees Manchester City and Arsenal linking up once again, this [ ... ]
football
Burnley Manager Vincent Kompany Talks Transition, Transfers...
Vincent Kompany was a fine footballer – but can he cut the mustard as a manager? The former [ ... ]
football
Clowes’ Bid Accepted For Derby County As Rosenior Is Named Interim...
It’s been a torrid season for Derby County fans, ending in relegation to League One, but [ ... ]
football
Man United, Chelsea And Newcastle Linked With Neymar Ahead Of...
Following reports that Neymar is considering leaving PSG this summer, it is now being claimed that only [ ... ]
football
LIVE Transfer News: Chelsea Chasing Sterling & De Ligt
The final day before the Premier League clubs begin their pre-season training and there's [ ... ]
football
European Champions On 10 Days Notice: 30 Years On From Denmark’s...
“Our sponsors were not prepared for us to go, so what we had was the Under-21s kit. When you look [ ... ]
football
QPR Boss Michael Beale On Carlo Ancelotti, Steven Gerrard And...
Michael Beale began his coaching career at Bromley Church Hall. With coats and bags pushed to the side [ ... ]
football
Andy Carroll To Club Brugge And Football's Weirdest Transfers
Andy Carroll is reportedly in talks with Club Brugge over a move that would see him potentially play [ ... ]
football
Cristiano Ronaldo Next Club Odds If He Leaves Manchester United...
Even at the age of 37, Cristiano Ronaldo remains one of the most dangerous footballers on the planet. [ ... ]
football
Don't Sleep On Argentina & Brazil: Europe Is Missing A South...
We’ve always had the European qualifiers, the World Cup preliminaries and the Euro finals tournaments [ ... ]
football
Transfer News: Liverpool Want £60m+ For Mo Salah
Mo Salah could follow Sadio Mane out of Anfield as Liverpool consider the sale of the Egyptian [ ... ]
football
Ronaldo Redeemed: When Il Fenomeno Cemented His Legacy At The...
It was a sight as familiar as the gulping down of glasses of Pastis or the packed sands and waters of [ ... ]
football
Manchester United Say Goodbye To Their Most Divisive Player...
Paul Pogba has taken his ‘Pogmentary’ and gone home. The midfielder will return to Juventus [ ... ]
football
Enthralling England's Electric Attack Blows The Netherlands...
Has an entire England squad ever been summed up in 54 seconds before? In the second half of the Lionesses [ ... ]
football
Manchester City Agree £42M Deal To Sign Leeds United's Kalvin...
Pep Guardiola’s Premier League champions Manchester City have made a significant breakthrough [ ... ]
football
Wayne Rooney Leaves Derby County After Turbulent Summer
Derby County manager Wayne Rooney has announced he is leaving the club after a summer of turmoil in [ ... ]