Football
News
Roberto Firmino watched on from the bench as Jota and Sadio Mane both scored in the 2-0 win
Simon Lillicrap
14:30, 21 Aug 2021

Based on what we have seen so far this season, Roberto Firmino is going to find it extremely difficult to force his way back into this Liverpool side.

After scoring 19 in 30 appearances for Liverpool in all competitions last term, Diogo Jota has made a flying start to the new campaign, and scored his second goal in two matches to give Jurgen Klopp’s side a 2-0 win over Burnley at Anfield. Given injury ruled the Portuguese star out of a fair chunk of the last campaign, he will be hoping to stay fit for the entirety of this campaign, and given his clinical nature, who is to say the Golden Boot is out of reach?

Anfield roared for the first time in over a year, as having been robbed of seeing their side lift the Premier League title in 2020, they welcomed back their heroes for the first time at home. You’ll Never Walk Alone never sounded so good as the players came onto the pitch and a club that is so reliant on its home support finally welcomed their fans back.

Firmino watched on from the bench as the man who had displaced him in the eleven scored yet again in a red shirt. Playing centrally seems to get the best out of Jota as a goalscorer without taking anything away from Sadio Mane and Mo Salah, who often relied on their Brazilian colleague to create the space for them to run into.

The opening goal of the game came due to the quick movement in the box of Jota as the Portuguese forward nipped in front of his marker to head past Nick Pope in the Burnley goal. If anything, his movement in the box is now better than that of his Brazilian colleague, who produces some of his best work outside the area.

The ever-influential Mo Salah had several chances including a goal disallowed by VAR, but it wasn’t meant to be for the Egyptian as the visitors dug in. Getting the best out of his star man is a primary concern for Klopp, and Salah was a dangerous threat throughout, combining well with Jota and Mane, even if his name didn’t end up on the scoresheet. 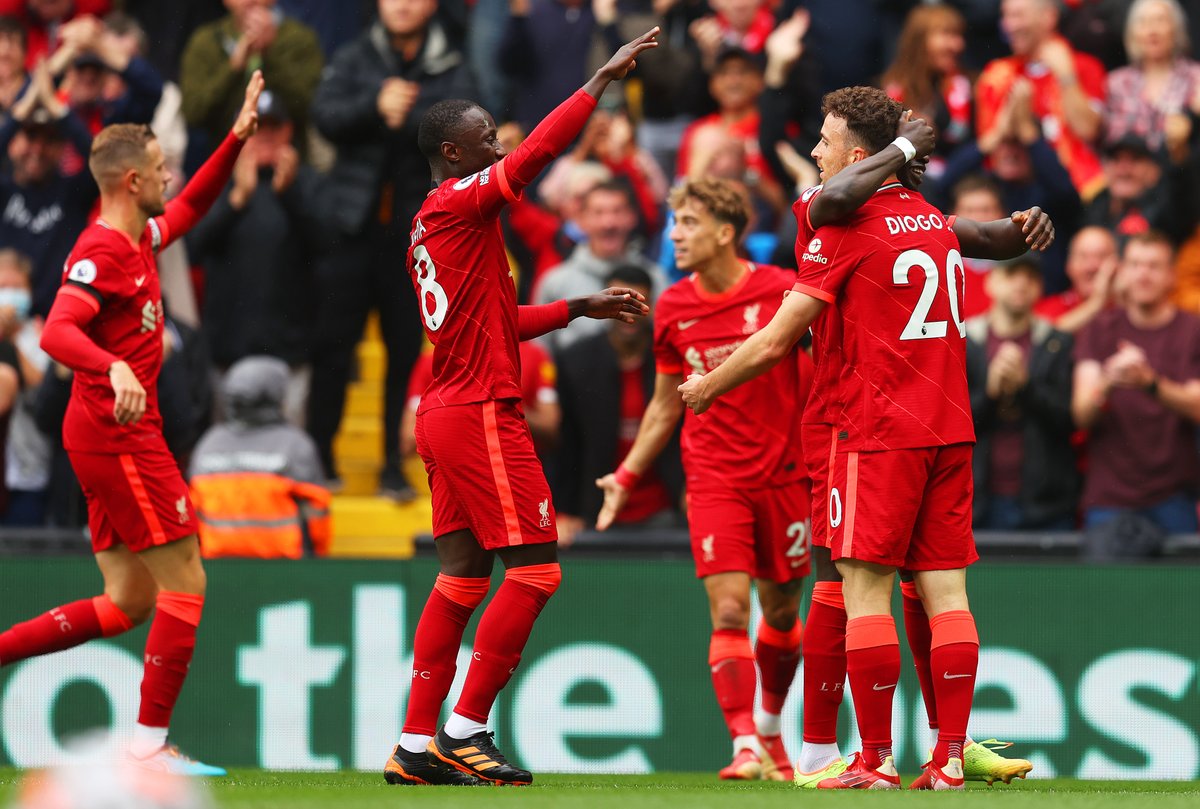 That second and decisive goal did come eventually, through another member of that front three, Mane. He put the finishing touch to a lovely move after Trent Alexander-Arnold sent him through and the Senegalese finished with power and conviction. With the youngster Harvey Elliott getting through a successful 90 minutes at Anfield and adding another dimension to the Liverpool attack, Firmino had to settle for a ten minute cameo, but this may not be a bad thing for this side.

Their depth has often been seen as a weak point and injuries exposed that last season, but today they were able to bring on Thiago, Firmino and Joe Gomez - leaving Andy Robertson on the bench. A 2-0 win over Burnley will not send a statement out to the rest of the league, but the signs are there that this could be another successful season for Klopp and co.

Now he just has to keep Copa America finalist Firmino happy, even if he isn’t starting every week. Judging by the form of Jota, Salah and Mane, he just might have to take on the role of a super sub.