Manchester United 6-2 Leeds United was one of the games of the season and although this 0-0 draw between the two sides did not provide the same fireworks, it was a clear mark of progress from a Leeds side who are learning on the job in the Premier League. Marcelo Bielsa’s side are certainly a better and more mature version of the swashbuckling side we saw earlier in the campaign and the recent results reflect that.

Liverpool 4-3 Leeds, Chelsea 3-1 Leeds and that thumping from Manchester United were all pre-Christmas as Bielsa’s side tried to outscore their opposition in every single game. Against the stronger sides in the division, man for man they were just being outplayed, yet now, they are a resolute outfit who are willing to scrap for every single point. Their recent results and performances have shown a level of maturity and show signs of a side ready to push on again next term.

The goalless draw at home to Chelsea, the incredible 2-1 away win at the Etihad with ten men, the 1-1 draw at home to Liverpool and now another creditable point at home to Manchester United. Newly-promoted Leeds are now unbeaten in their last six and have played four of the current top six during that time. This side isn't just moving in the right direction, but are now able to compete with sides worth hundreds of millions of pounds more than their own.

Leeds were 2-0 down at Old Trafford within three minutes and it would be a mistake to call Bielsa’s miraculous men naive as they have both succeeded and entertained us this season, but we are now seeing a different side to this Leeds team. Against their rivals from across the Pennines, Leeds were gritty, frustrating and yep, even dirty. 21 fouls, four yellow cards. Now that is how you disrupt and free-scoring Ole Gunnar Solskjaer side. For context, in the reverse fixture when Leeds conceded six, nobody in white was booked, and just six fouls were committed.

Holding midfielder Kalvin Phillips did a sterling job on Bruno Fernandes and was pleased with his team’s performance. "This is what we are about, making it hard for teams to come here. I enjoyed the game having a battle in midfield,” the England international said after full-time. 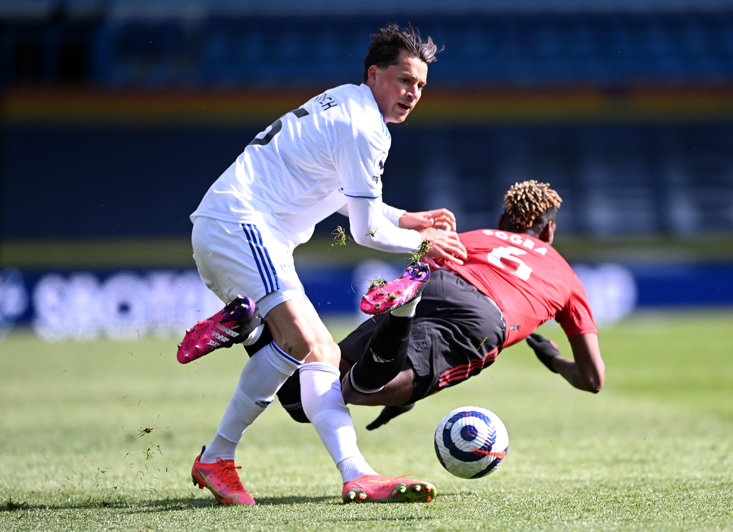 “We man mark every game. I tried to keep Bruno quiet. Thankfully he didn't pop up with a goal so my job is done. We are more vulnerable if we don't pick wide men up. It is the way we play. The attackers are used to the marking and pressing.

"There were chances at either end. They had chances from set-pieces. We had a couple at the end. A fair result I think."

Leeds are back in the top flight and are pushing for a top half finish. What’s more, they are now solid defensively and making life increasingly difficult for the top teams. We’ve seen many different versions of Bielsa’s Leeds this term, but this one is perhaps the most satisfying, if not thrilling. One thing is for sure, they’ll wear that ‘dirty Leeds’ tag with pride once again.