Football
News
The club face a tough test after the international break which could see the end of Steve Bruce
Conor Keane
10:30, 03 Sep 2021

The ongoing turmoil at Newcastle United could reach boiling point in the coming weeks given that Steve Bruce’s side have failed to win a game so far in the 2021/22 season, and the club’s lack of signings has left the squad paper thin.

Newcastle as a club have been rotting for several years now and with Manchester United and Leeds United up next for the Magpies, fan unrest will only grow around St James’ Park, as supporters have already voiced their anger at Bruce for their poor performances. They may have shelled out £25million to bring last season’s star loanee Joe Willock, but with him and PR stunt signing Santiago Munoz (yes, this is what it has come to), the club have left themselves extremely vulnerable until January, not that there is currently anything to indicate they will have a better window in four months’ time.

The behind-closed-doors lockdown football provided Bruce and his players the perfect cover without supporters and now that they are back, they are already calling for his departure after three league games and a Carabao Cup exit against Burnley. They may have had a good start to their first game of the season when they hosted West Ham United, taking the lead twice before folding in true Newcastle United fashion, but it hasn’t been a positive start to the new campaign,

It just sums up the predicament this club is in, there are far too many setbacks compared to positives and the old school management style of Bruce is not what this club needs.

After two home games which has seen the club throw away consecutive leads, supporter's growing frustrations will start to alienate them on the terraces. They will daydream back to what their lockdown weekends consisted of - mowing the grass, painting that fence -  and they will consider going back to that rather than lining the pockets of Mike Ashley who is enforcing this poor, regressive football. In fairness to Bruce he is only working with the resources he has available. 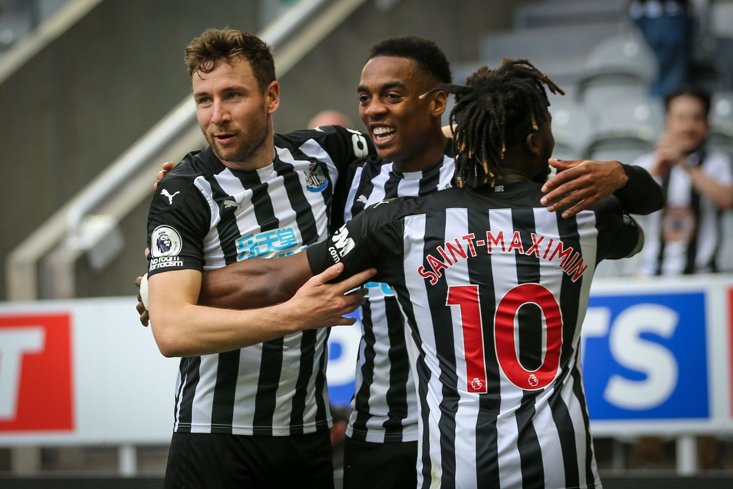 Fans have wanted to get rid of Ashley for years and when the opportunity to receive new owners was blocked by the Premier League last year, it seems inevitable that the club are going to have to suffer more as there seems to be no end in sight of the poisonous Ashley era. The fans could try protesting again or boycotting the matches, but with nothing coming from such practices in the past, what would make things different now? They’re stuck in this quagmire, and it seems that there is no way out of it.

What rubs salt in the wound is that he too is fed up with owning the club and so he is reluctant to shell out any more cash into developing it on and off the pitch which leaves Bruce with his hands tied. With such a poor transfer window, and more outgoings than incomings, he has a monumental task to keep Newcastle in the top-flight. Reports have suggested that the relationship between Ashley and Bruce is on the rocks after a disappointing deadline day, and that cannot bode well for the football club and its supporters.

As the two games after the international break present two tough opponents in Manchester United and Leeds, the Magpies could find themselves with just a single point out of the first five games and it could force Ashley to hand Bruce his P45 if he wants to have any chance of attracting new owners. And that will likely only happen if the club retains its Premier League status. If only there was a way for the loyal supporters on the terraces, who have put up with this farcical ownership for 14 years, could hand the businessman his P45 too.

Newcastle are currently 6/4 to get relegated from the Premier League this season with Betfred.