West Germany’s World Cup game against Austria on June 25, 1982, was so controversial that fans set fire to flags while television commentators urged viewers to change the channel with FIFA eventually changing the format of the competition to prevent anything like it from ever happening again.

Their first game of that campaign was seen as something of a walkover against lowly Algeria who were seen as little more than the whipping boys of the group who should be grateful just to rub shoulders with their more well-known and illustrious opponents.

Such was Germany’s confidence that one member of the team apparently claimed that they would be able to, “trounce Algeria while enjoying cigars.” Another reportedly claimed, "We will dedicate our seventh goal to our wives, and the eighth to our dogs."

Imagine the surprise then, when Algeria actually beat West Germany 2-1 to throw their entire World Cup into disarray while being only the second victory for an African side at the tournament in its long and illustrious history.

Some form of order was restored in the second round of fixtures as West Germany took out their anger on lowly Chile with a 4-1 win, while Algeria lost 2-0 to Austria. But the Algerians proved that their win over the Germans was no freak, though, when they beat Chile 3-2 to sit second in the table with four points after three games.

With West Germany facing Austria 24 hours later, Algeria were left in the precarious position of having to wait to discover their fate, knowing that they would still reach the last 12 of the tournament if Austria avoided defeat, or if West Germany won by three goals or more.

The Algerians weren’t without hope of getting the favour they needed either as Austria had shocked West Germany 3-2 in the round of 16 of the previous World Cup and before the match Austria's manager, Georg Schmidt, revealed: "My players always find a special motivation against Germany."

West Germany, who were on just two points (these were the days of two points for a win), would be going home unless they won, and not-surprisingly started the match on the front foot, taking the lead in the 11th minute courtesy of Horst Hrubesch, who bundled a Pierre Littbarski cross into the net.

With the 1-0 score line ensuring both teams would advance that, essentially, was where the game ended as, for the remaining 80 minutes or so both sides danced around each other with little to talk about in terms of action apart from when with Wolfgang Dremmler forced a fine save from Friedrich Koncilia - the second and final shot on target in the whole match.

According to Opta there were only three shots in the second half none on target with West Germany making only eight tackles, around one every six minutes, with both sides boasting an astonishing overall pass-completion ratio of more than 90% in the perfect exhibition of non-contact football.

Such was the outrage in the stands that a German supporter apparently set fire to his country's flag while Algerian fans in the stadium waved money as soon as they suspected foul-play. Austrian television commentator Robert Seeger even implored viewers at home to change the channel before falling silent for the remainder of the game.

Despite the fury the game eventually finished 1-0 to the Germans, a result which ensured both sides would progress to the next round. The Austrians would exit the tournament at the next stage while West Germany were beaten in the final by Italy; all of which was absolutely no consolation whatsoever to Algeria.

Not surprisingly they demanded that FIFA investigate the result, but after a three-and-a-half hour meeting the Federation returned no proof of “tampering or illegality.” Instead, it was decided to change the rules so the last match of each World Cup group stage would kick-off simultaneously in the hope that it would prevent anything similar happening in future.

Of course, there is no hard evidence that the two teams conspired to achieve a result which benefited both at the expense of another and it’s entirely possible that West Germany and Austria were involved in a particularly drab encounter which was the result of fatigue after a gruelling group phase.

Though for anyone who witnessed the encounter it’s even more likely that both teams knew the result was mutually beneficial, and decided to conserve energy while subconsciously suppressing their killer instinct. Either way, it’s no surprise that all these years on the controversial fixture is still referred to as the “Disgrace of Gijón.” 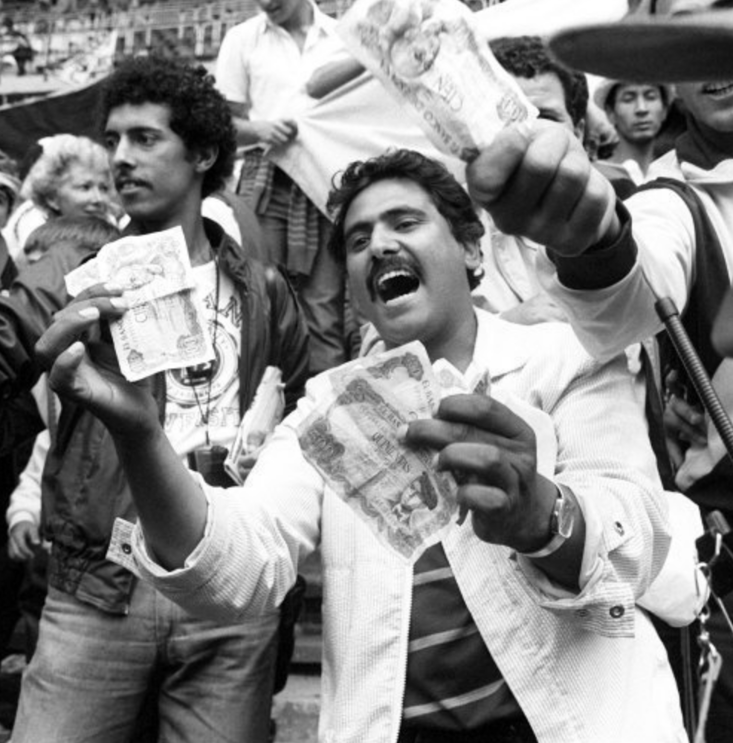