Tottenham Hotspur’s blistering 2-2 draw with Liverpool will ultimately be remembered as a tale of two red cards. One was given, one was not. Andy Robertson was dismissed for an absent-minded cruncher on Emerson Royal in the second half, while Harry Kane received a mere yellow for a horrendous, studs-up lunge in the first period. Between the controversy, there was also a thoroughly enjoyable game of high-intensity football, where the teams on the pitch appeared much closer than they are in the table.

An exciting first half saw an early ebb and flow established, with both sides pushing the issue. Liverpool started the strongest, with Trent Alexander-Arnold crossing for his full back colleague Andy Robertson who headed just wide. James Milner and Alexander-Arnold also took early chances to test Hugo Lloris. The Tottenham captain dealt with heavy fire exceptionally well in a busy half.

Kane struck first blood for the home side, turning back the clock with a quintessential striker’s finish to open the scoring. Tanguy Ndombele found the England captain with a sweet through-ball, and Kane made notched his first home goal of the season. The forward turned creator soon after, dinking a fine ball over the top for Heung-Min Son. The South Korean could not direct his sliding effort on goal, and a glaring chance was wasted. Son had another chance to open his account in this game, beating the offside trap before being shut down by the advancing Alisson.

Kane was involved in another of this frenetic half’s flashpoints, when his studs-up challenge on Robertson looked certain to end with his dismissal. Somehow, he escaped with just a yellow card. Jurgen Klopp’s frustration was clear, and would later crescendo into the Liverpool manager getting a booking.

Dele Alli, starting his first league game since September, had a superb chance to make it 2-0. An inch-perfect ball from Son gave the England midfielder the whole goal to aim at, but Alisson’s fingertips denied him when he snapped at his shot. 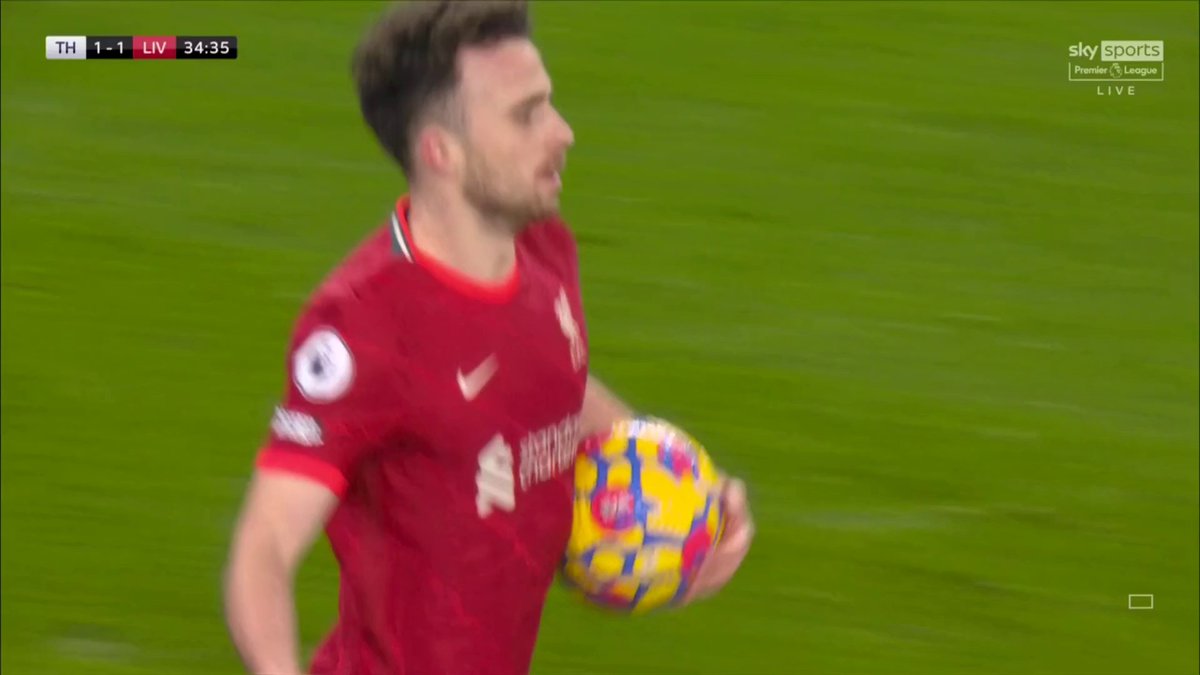 Spurs would be punished for their wastefulness, as well as some abject defending, when Robertson burst past a static defence and crossed for Diogo Jota to equalise. The ex-Wolves forward took his header well, but was afforded far too much time and space to place it.

Kane started the second half on the front foot, and enjoyed the better of the chances. Kane was slid in by Alli, and really should have made more of a glaring chance before Alisson snuffed it out. The resulting corner saw the out-of-form Spurs striker presented with a heading opportunity at the back post, but once again he couldn’t take advantage.

Again, Spurs were punished after a series of missed opportunities. Mohamed Salah’s downward header appeared to strike his own arm, but the ball squirmed out to Alexander-Arnold. The right back fired a ball into the back post for Robertson to head home. There were protests from the assembled Tottenham throng, but the goal was given despite the hint of handball.

This game had more twists and turns to offer, as this depleted Premier League weekend managed to serve up a truly classic main event. A ball in behind Joel Matip saw Alisson come unstuck when attempting a clearance, and the Brazilian was stranded as Son side-footed the ball into an empty net.

Perhaps the biggest talking point of a game positively stuffed with them will be Robertson’s red card. The Glaswegian’s thoughtless hack to try and win the ball from Emerson Royal certainly deserved a card to match his crimson jersey, but the fact he was initially given a yellow before VAR overturned it rankled Liverpool. It beggars belief that this incident warranted further review in a game where Kane’s reckless first-half lunge went without a second look. Blame VAR if you must, but it is the lack of consistency that continues to blight officiating in the English game.