Rafael Nadal succumbed to only his third-ever defeat at the French Open on Friday evening at the hands of Novak Djokovic in a sensational semi-final.

Nadal, who has won the last four Roland Garros titles and 13 of the last 16 on offer, seemed to be heading to yet another Paris final when he took the first set 6-3. But Djokovic had other ideas and took the next two sets, the third 7-4 in an absolutely epic tie-break, before closing out the contest with a comfortable 6-2 final set triumph.

The Serbian now progresses into his 29th Grand Slam final, a figure only bettered by the great Roger Federer with 31.

He will meet Greek hope Stefanos Tsitsipas in Sunday’s decider, with the 22-year-old holding his nerve to come out on top in a five-set thriller against Germany’s Alexander Zverev.

Tsitsipas had looked in cruise control in taking the opening two sets by a score of 6-3, but was pegged back with Zverev winning the third and fourth sets 6-4.

Not to be denied, the Lyon Open king won the final set to book his place in what is sure to be a historic match. 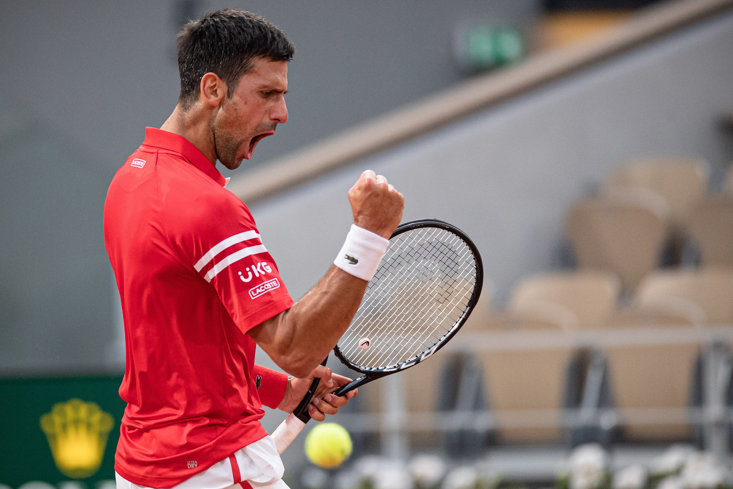 It will be the first French Open final that Nadal hasn’t contested since 2016, with Djokovic the last man to lift the trophy before the Spaniard’s most recent run.

It isn’t quite panic stations for Nadal and his team just yet, with the ‘King of Clay’ winning two tournaments on the surface in the last two months alone.

Ironically, the two men he has beaten in the final of those events will face each other in Sunday’s showpiece, with the 35-year-old beating Tsitsipas in straight sets at the Barcelona Open before getting the better of Djokovic in Rome last month.

However, it will come as a shock to the system for the Spaniard, whose record of 105-3 at Roland Garros remains simply incredible.

Now closer to 40 than he is to 30, will this setback be a flash in the pan or a sign of things to come?

It will be fascinating finding out.