Despite declining results, fan unrest and endless rumours, Manchester United won’t sack their manager. Their opponents this weekend, Watford, famously can’t stop sacking theirs. It’s a clash of two opposing philosophies. Both feel wrong in their own way, each too extreme either in loyalty or in callousness. Both also show few signs of changing. While it might be a longer-shot than it was before United’s twin-humblings to Manchester City and Liverpool, you still wouldn’t bet against Ole Gunnar Solskjaer outlasting Claudio Ranieri in their respective jobs.

Since the Pozzo family bought Watford in 2012, the average tenure of their managers is just thirty games. Solskjaer has spent 167 matches in charge of the Red Devils, over five times longer than the average Vicarage Road incumbent. You can argue he has warranted much of that faith. Recency bias has seen the Norwegian’s legacy rewritten as a manager never suitable for the hottest seat in world football. But Solskjaer has made United a Champions League fixture again, recalibrated the squad to the point many favoured them for a title challenge this year, and frequently taken them to the latter stages of the cups.

Of course, he has a 0% record when it comes to actually winning these tournaments. There has also been a drop-off in performance, which looks even worse when most observers considered their summer transfer business to be amongst the best in the league. Solskjaer’s reign could perhaps be termed good rather than great. A necessary cleansing and restoration after damaging spells under David Moyes, Louis van Gaal and Jose Mourinho.

The “Pogba SZN” section of the fanbase, who engage with the club through sensationalist YouTube channels rather than Old Trafford attendance, have never warmed to him. They crave a big name coach no matter the cost, and favour Mourinho’s two-trophy demolition job over the more holistic Solskjaer approach to a rebuild. But even the core fanbase, the moderates who still chant the manager’s name as they did in the waning weeks of Moyes and van Gaal, have understandably reached the end of their tether. You can count the number of good United displays this season on one hand, with even the wins often coming after a poor performance. 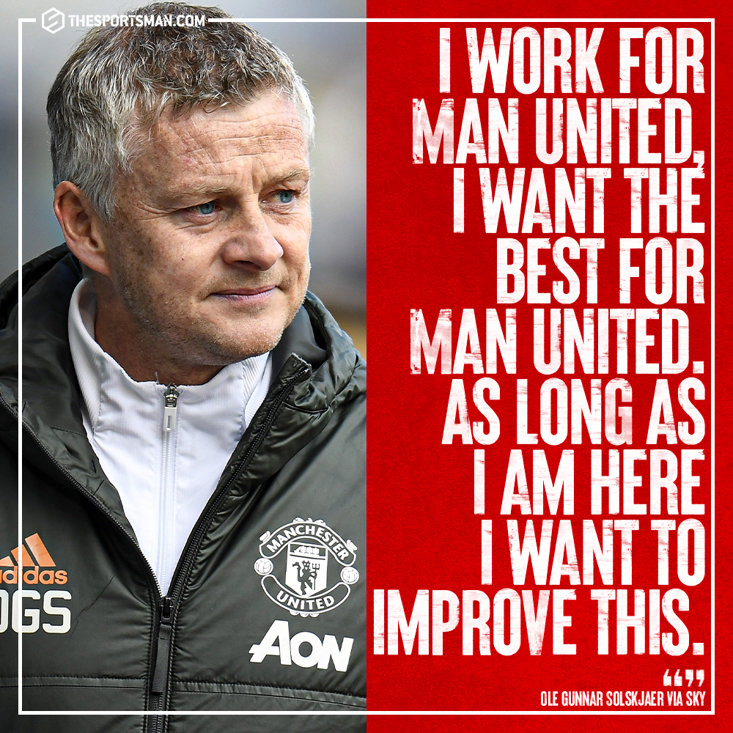 It goes without saying that no other club would tolerate what is happening at Old Trafford without making a change. In recent weeks we have seen Norwich City and Aston Villa act quickly and decisively, with both clubs heading into the weekend with new coaches in situ. Chelsea and Manchester City have both dispensed with coaches who had recently won silverware, while Arsenal did not view reaching a Europa League final as reason enough to keep Unai Emery. Compared to Watford though, these clubs are an exercise in patience.

At Vicarage Road, it is hard to imagine Solskjaer lasting through the sharp drop-off in form that occurred after his interim spell was made permanent. After winning 14 games out of 19 during his temporary spell in charge, the Molde boss was appointed as the full-time manager. From his appointment to the end of the season, they would win two league games, losing four and drawing two. United also lost both legs of a Champions League quarter final with Barcelona. There is little in their history to suggest the Pozzos would have stomached this, and you would imagine Solskjaer would have been sacked come the end of the season.

This would have been unfair, considering what Ole has achieved since. But it shows the wildly differing philosophies at both clubs. You could also argue that, adjusted for expectations, Watford’s approach has borne more success. Pre-Pozzos, the club had spent just two seasons in the Premier League during the twenty years of its existence. Since the Italians took over, they have been a top tier club for five out of nine seasons. They also reached a first cup final since 1984, only the second in the club’s history. Meanwhile United are considered one of the leading lights of English football, but they have not won the title since 2013, or a trophy of any kind since 2017. When you look at what Watford and United’s realistic aims are, the Hornets have done a better job of achieving theirs despite the managerial flux.

There is no doubt that if the owners of each club were switched, the Pozzos would consider beating Watford to be a non-negotiable, the definition of a must-win game. But with reports emerging from Old Trafford that no change is expected until a successor is in place, it is hard to imagine anything changing for Solskjaer no matter the outcome. No matter the result, the two clubs are even further apart in their boardroom dealings than they are on the pitch.