Football
News
Perez has had only one shot on target this season
Simon Lillicrap
11:27, 19 Aug 2019

When Ayoze Perez moved over from Tyneside to Leicestershire this summer, many felt it was a move that suited all parties. For £30m, the Foxes were picking up one of Newcastle’s finest attacking talents and their top scorer from last season, Mike Ashley was receiving a decent fee for a player he had bought for just £1.8m in 2014.

But in the opening two games of the season for his new side, Perez has not quite been able to show the attacking threat he possessed for the Magpies with his chances in the box limited against both Wolves and Chelsea. In the game at Stamford Bridge, he played in his familiar role, starting from the right, the position in which is flourished in the North East.

So what differences are there between Rafa Benitez’s Newcastle side of last season, and Rodgers’ Leicester side this year? The Spanish gaffer’s preferred formation last term was 5-4-1, with Perez again playing from the right of midfield. With five defenders and wing-backs providing width, Perez was encouraged to get close to sole striker Salomon Rondon and cause havoc in the opposition’s half with his free role from that right-hand side.

His partnership with Rondon flourished, with both of them hitting double figures in Premier League goals last term. Rodgers brought him to the club to relieve some of the pressure on Jamie Vardy, the only man to score more than seven goals in the league for Leicester last season. It may only be two games in and Leicester are still unbeaten but Rodgers’ side look to have lost a little bit of their attacking flair from last season and the personnel could be the reason why.

The formation has remained the same, with the Northern Irish manager lining his side up in a 4-1-4-1 system. Wilfried Ndidi plays as the pivot at the base of midfield allowing the creative talents of those ahead of him to flourish, as we saw last season as James Maddison and Youri Tielemans flourished in the two central attacking midfield roles.

When Tielemans made his loan move permanent this summer, Leicester fans were thrilled at the prospect of seeing two of the most exciting midfielders in the league team up once again, behind Jamie Vardy. However, this had not been the case so far this campaign. It may be because of the strong opposition they have faced in the opening two fixtures, but Hamza Choudhury has been deployed in a central role, with Maddison shifted out to the left-hand side.

Ayoze Perez
@AyozePG
Good point away home but we do things to come back home with more points! Thanks to all the fans ðŸ’™ who was with us in London! ðŸ‘‰ðŸ¼ðŸ¦ŠðŸ‘ˆðŸ¼ 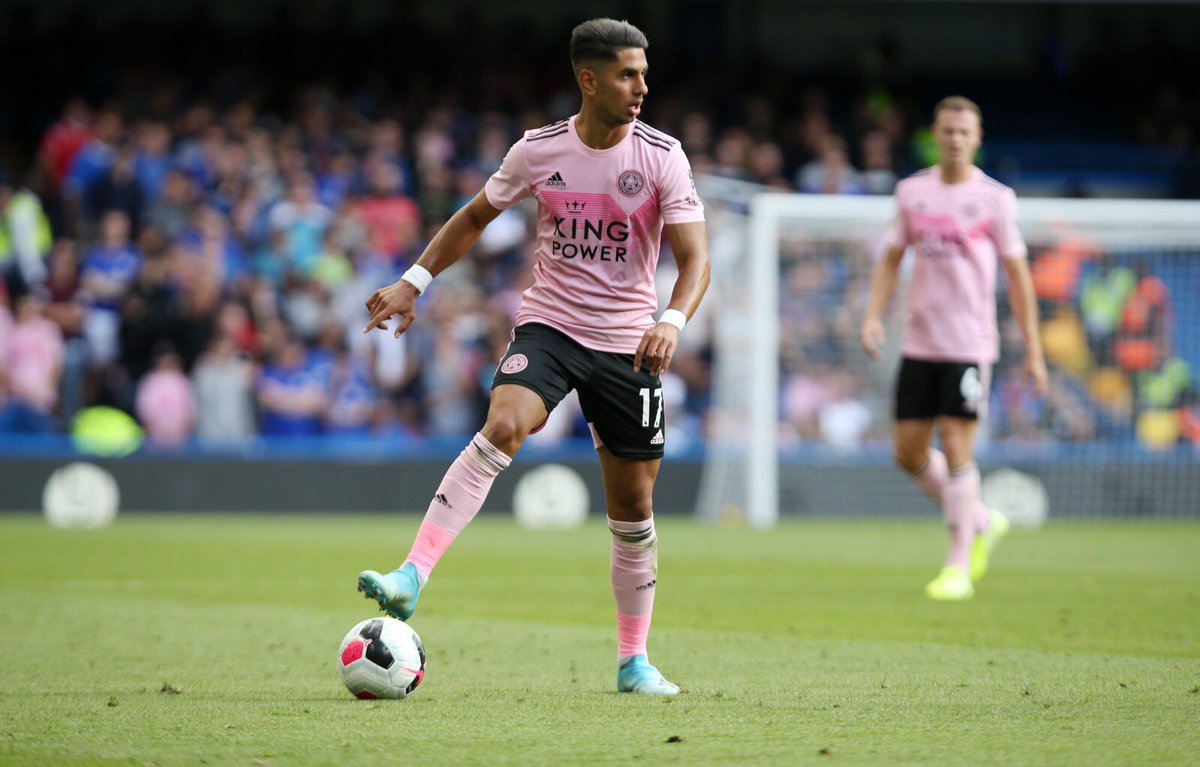 This in turn, makes Leicester appear incredibly narrow with the Englishman coming infield wanting to play in his more natural number ten role and Ayoze Perez also playing his best stuff infield nearer to the sole striker. During Leicester’s successful spell under Rodgers at the end of last season, pace out wide to stretch the pitch was vitally important.

With Demarai Gray (currently returning from injury) and Harvey Barnes deployed out wide, the Foxes possessed real pace and power out wide which caused teams all sorts of issues and gave Maddison and Tielemans the space to flourish in the central areas. Perez, although a top-quality player, is not the same sort of wide man as those already at the club and he can congest those midfield areas along with Maddison if the two are deployed in the wide positions.

For Rodgers, he seems to be playing it safe in these big games and using Choudhury as an insurance policy in the middle. Harvey Barnes and Marc Albrighton have been forced to start from the bench although against Chelsea the latter did bring more balance to the side when he replaced Perez.

Rodgers must look at the next two league fixtures, Sheffield United and Bournemouth as a chance to pick up six points and stamp his attacking philosophy on the side once again. With less attacking threat to protect against, Barnes should be given the opportunity to attack from the left and we need to see the Tielemans-Maddison axis reborn in the centre of midfield.

With a natural wide man on the left-hand side, Perez would be able to get closer to Vardy during the attacks, creating a lop-sided 4-4-2 system in an attempt to break down opponents. Of course, two points from two tricky games is by no means a bad start for Leicester and Perez has shown promise but Rodgers must be wary about forcing players into positions and systems that don’t suit them. Rodgers like many other managers in this division will need more time to perfect his starting eleven and has some big calls to make. The same can be said for my Fantasy Premier League team...

Fantasy Premier League
@OfficialFPL
SCOUT: No ï¸âš½ï¸ or ðŸ‡¦ for Ayoze Perez at Stamford Bridge
He was the most-selected player on show owned by 14.7% of #FPL managers
#CHELEI 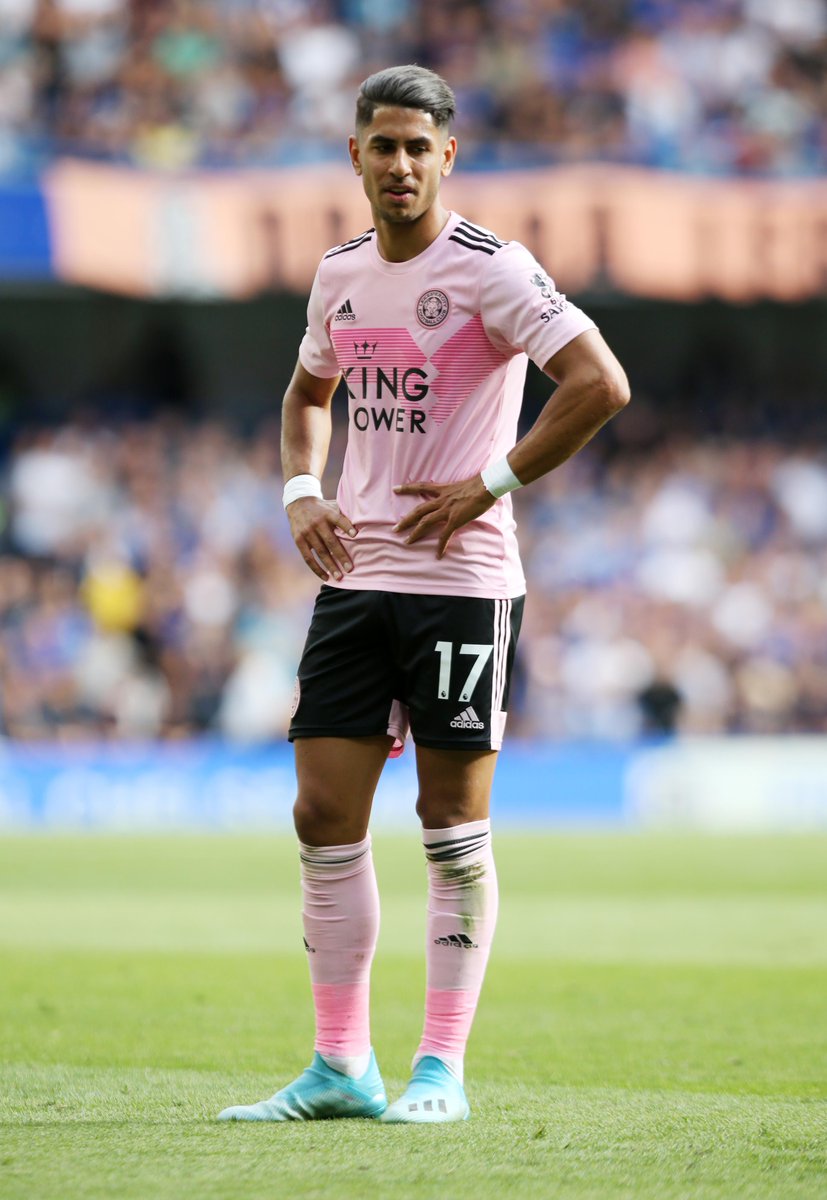 30
663
x
Suggested Searches:
Tyson Fury
Manchester United
Marcus Rashford
Lewis Hamilton
F1
Air Jordan
More
football
Aston Villa Have Their House In Order, Newcastle’s Is Crumbling...
If the Premier League was a building site, Aston Villa’s terrace would be taking shape nicely. [ ... ]
football
Diogo Jota’s Return Is The Light At The End Of The Tunnel For...
Jurgen Klopp must have some regrets right now. More so than ever before, his decision to play Diogo [ ... ]
football
Forever Lauded For Their Attacking Prowess, Man City Are Shining...
Stereotypes and reputations can be hard to shift. Pep Guardiola’s teams play beautiful, expansive [ ... ]
football
Rooney’s Experience As A Wonderkid Will Pay Dividends For Derby’s...
“Thomas and Wayne, they were shooting fireworks at each other,” recalled David Moyes, on [ ... ]
football
From Cantona’s Collar To Robbing Shearer’s Minibar, Razor’s...
Millwall, Saints, Spurs, Liverpool, West Ham. I’m A Celeb, Wife Swap, The Jeremy Kyle Show, Big [ ... ]
football
The Star-Studded Harry Redknapp Podcast Hoping To Raise The...
Get the jam roly polys out of the oven, wind your window down and let all and sundry know that there [ ... ]
football
Get A Core Like CR7 With Two Of Cristiano Ronaldo’s Quick-Hit...
As the winner of 30 major trophies, five Ballon d’Ors and someone who is widely recognised as [ ... ]
football
Finally! The Definitive Book Separating Fact From Fiction In...
The branches of the great royal oak that is football are endless. A continuous weaving narrative, rich [ ... ]
football
British Football’s Greatest Grounds, The Book Celebrating Every...
Great Britain no longer predominantly finds its religion in churches and cathedrals. It’s more [ ... ]
football
Cracking Christmas Gift Ideas For The Fanatical Football Fan...
The footy-mad person you’re buying for this Christmas has probably been kitted out since the summer, [ ... ]
football
Stocking Filler! Believe Us: How Klopp Transformed Liverpool...
Few journalists have followed Liverpool so fervently and passionately over the past several years as [ ... ]
football
With A Wealth Of Talent, The Players Podcast Flips The Script...
A collaboration between BBC Sport and Copa90? Yes please! Totally devoted to the ever burgeoning, ever [ ... ]
football
Jose Mourinho And Mikel Arteta Playing On Reputations Ahead...
It’s fair to say that the reputations of Tottenham boss Jose Mourinho and Arsenal manager Mikel [ ... ]
football
Gareth Southgate Looks To Inspire Next Generation Of Footballers...
There was a time. A most glorious time. Smiling faces congregated closely together in large, open spaces. [ ... ]
football
Andy Cole Shoots From The Hip In His No Holds Barred Autobiography,...
There may be a plethora of sports books being released this winter ahead of the festive season, but [ ... ]
football
Jamie Carragher’s Greatest Games Is The Book Football Fanatics...
Over the past seven years through his stellar television punditry work, one-club man Jamie Carragher [ ... ]
football
The Opportunities Given To Players By Southgate Is Paying Dividends...
Ok, so the Republic of Ireland didn’t lay a glove on them. But England’s performance in [ ... ]
football
Gomez Injury Latest Reminder Football's Eating Itself Whole...
Just when Liverpool thought their defensive crisis couldn’t get any worse, along came the news [ ... ]
football
The New adidas Podcast Putting Premier League Players Through...
Aiming to put some of the fastest players in football through their paces, host Ben Haines has recruited [ ... ]
football
Jurgen Klopp Has To Pick Jota Over Firmino And Not Just Because...
“Football is a simple game made complicated by people who should know better.” Fine words, [ ... ]
football
Goals And Punctures! The Biking Passion And YouTube Vids Of...
The general consensus, whether rightly or wrongly, is that footballers are all about the beautiful game. [ ... ]
football
Schoolboy Defending Leaves Man Utd And Solskjaer Facing The...
It happened again. It keeps happening. Manchester United came up against a well-drilled opposition who [ ... ]
football
Jurgen Klopp's Ruthlessness Has Allowed Diogo Jota To Become...
He’d netted goals in Liverpool’s previous three fixtures, including second-half winners [ ... ]
football
The Fascinating Book That Lifts The Lid On Brazil's Glorious...
“If we had won that game, football would have been different. That defeat for Brazil was not beneficial [ ... ]
football
Covid Can't Stop Ronaldo, Five More Weekend Sport Stories You...
Cristiano Ronaldo is still brilliant, Mercedes are still untouchable and Manchester City are still FA [ ... ]
football
Man United vs Arsenal's Narrative Has Changed But The Fixture...
Manchester United versus Arsenal. You read the fixture and what do you think of? Roy Keane and Patrick [ ... ]
football
Marcus Rashford Captured Our Imagination, He’s Sports Personality...
There’s a storm a brewin’. A Sports Personality of the Year size storm. It might seem like [ ... ]
football
‘The Red Apprentice’ Explores Solskjaer’s Surprising Path To...
To many, Ole Gunnar Solskjaer was a shock choice to relieve Jose Mourinho as manager of Manchester United, [ ... ]
football
Dazzling In Europe Again, But It's Time For Man Utd To Up Their...
In many ways it was a typical Manchester United win under Ole Gunnar Solskjaer, and yet it was also [ ... ]
football
Liverpool Need To Show What They're Made Of During Injury Crisis
Now we’re really going to find out what the Premier League champions are made of. Liverpool’s [ ... ]