For years, it’s been evident that the bosses who run the world’s most grandiose sport have had their eye on the North American market, with the aim of conquering the motorsport sphere that currently exists in The States. The hunger for motor racing is definitely prominent, with NASCAR, the Indy500 and MotoGP already receiving great receptions from a more than excitable audience.

The success of Netflix’s Drive to Survive series helped grow the sport globally and the 2022 season of Formula One so far has seen record-breaking viewing figures, with both the Saudi and Bahrain GP receiving just shy of a million viewers on ESPN. It’s clear to see that there is an audience, as well as potential investors with one American team on the paddock and another in waiting in the form of former World Champion, Mario Andretti.

The problem lies in the approach from the organisation. Two races into the season and there are already reports suggesting that bosses are exploring the idea of extending the season further, with F1 CEO Stefano Domenicali believing that the sport has the ‘potential to go to 30 [races]’.

The 2022 race calendar is already the longest it's ever been. The current Concorde Agreement limits Formula One to just 24 races per season and to rearrange the terms of the agreement to allow more races would be chaotic to everyone involved in the sport. The logistics operation around Formula One already leaves many of the personnel that work in the teams fatigued and often without time to go back home between race weekends. By extending this, the quality of the sport is sure to decrease, with drivers unable to perform at an optimal level for that many weekends a year.

As seen with Max Verstappen in the tail-end of the 2021 season, Formula One drivers can’t afford to have days off, with the Dutchman having to perform despite reporting dizzy spells during the Saudi Arabian GP last season. Lewis Hamilton suffered from flu-like symptoms during the German GP back in 2019, and miraculously found himself at the top of the order come Sunday afternoon but drivers should be allowed to have time to recover. 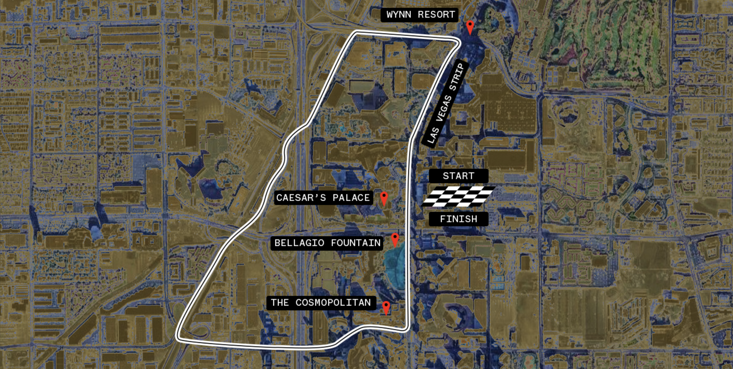 Despite this, there’s also concerns about the heritage of F1’s circuits, with a third American GP potentially dislodging one of the already existing circuits. Rumours around social media have discussed the idea of removing one of Italy’s Grand Prix or perhaps removing Spa de Francorchamps with it aiming to return on a biennial basis. F1 would be foolish to neglect its European fanbase that already exists and thrives in its current format. There is a way of successfully allowing different races to exist in America, however it needs a firm commitment from F1 and could actually also benefit the return of the German GP.

The German Grand Prix was hosted between the Nurburgring and Hockenheim, however the two great tracks struggled to keep the tracks up to standard with the money being shared between both proving not to be enough. If the planned expansion into the US is to be continued, then they need to provide financial support to tracks to allow track rotation without compromising on driver safety and the quality of the sport. The Mexican & Canadian Grand Prix could also look into this if they wanted to package them all together, to allow further investment and keep the circuits fresh for viewers and drivers alike.

If reports are to be believed, the announcement of a third American circuit is imminent, with an event scheduled on ESPN+ at 3:30am BST on March 31st, with a Las Vegas Grand Prix, held on Thanksgiving weekend expected to be included in the 2023 calendar.

In the meantime, Formula One bosses have their work cut out. The logistics schedule is still yet to improve despite the sport aiming to be more eco-friendly than ever. The local terror attack in Saudi Arabia that happened merely miles away from the track acted as a melancholy reminder that sportswashing remains alive and well, with very little clarity shared outside of the sports’ major stakeholders about why the race went ahead despite driver safety concerns.