Rafael Benitez always had the leverage at Newcastle United. Considered one of the best coaches of his generation, it was somewhat surprising that the Spaniard decided to go to St James’ Park in the first place. It was even more surprising that he stayed there for so long despite his hands being tied by Mike Ashley and those running the North-East club into the ground.

Speculation linked Benitez with Marseille and Roma before he eventually left Newcastle in the summer. It was expected that the 59-year-old would take a role at a top club somewhere in Europe, but instead accepted a £12m-a-year offer from Chinese Super League club Dalian Yifang in July.

The former Chelsea and Liverpool boss made an immediate impact at his new club. Dalian won five of their first seven games under Benitez, pushing them up the Chinese Super League table. Rafa’s appointment also saw the club’s home crowds double, drawing over 30,000 fans to his first few games at the helm.

Dalian don’t boast the stature of Chinese Super League giants like Guangzhou Evergrande, Beijing Goan and Shanghai Shenhua, but they are ambitious and the arrival of Benitez was in line with this. But while not so long ago Benitez looked to be carrying his club on an upward trajectory, now they are sliding in the other direction.

Indeed, Benitez’s team have won just one of their last six games, drawing one and losing the other four. This slump has left Dalian Yifang a long way short of where they wanted to be at this stage of the season - much closer to the fight at the foot of the Chinese Super League than the one at the top. Should their slide continue over the final few weeks of the season questions will be asked of Benitez ahead of the new campaign. 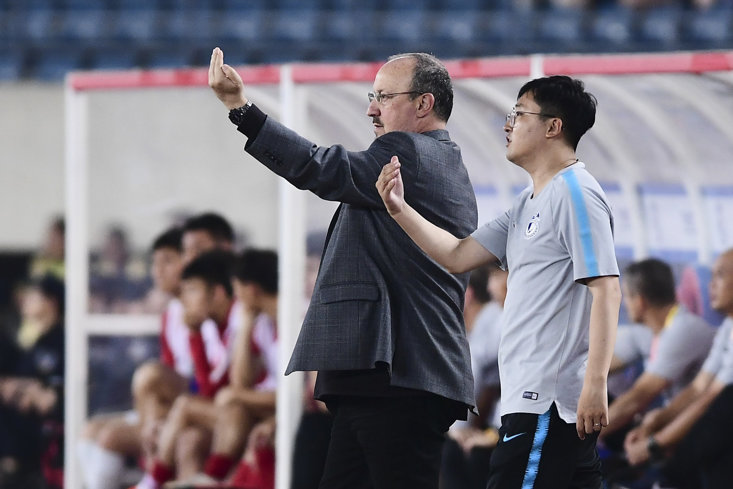 The positivity that Benitez initially brought to the club has vanished in recent weeks. Many are tipping the Spaniard for a return to the Premier League, with the former Liverpool manager’s home on Merseyside meaning he has been frequently linked with the Everton job.

Benitez also writes a regular column for The Athletic UK which gives the impression that he is keeping his finger in the English football pie. A number of interviews given since his move to China paint the picture of man who is only over there until something better comes along. One wonders if that is seeping into the dressing room at Dalian Yifang.

Having scored more than one goal just twice in their last six games, Benitez needs Yannick Carrasco, Marek Hamsik and Salomon Rondon, his three star players, to step up and make a difference in the final third of the pitch otherwise Benitez’s time in China could see him suffer relegation. That might prove an issue if any other clubs are looking at him.