For a new generation of female football fans, Google might well be the first port of call for getting acquainted with the current crop of Women’s Super League players.

If so, the top search result under ‘women’s football’ – an article headlined ‘Top 11 Hottest Women Footballers’ - ought to ring alarm bells.

The sponsorship and advertising opportunities that has accompanied the rise of the women’s game in the UK, particularly in the wake of the FIFA Women’s World Cup this summer, should only be a positive thing.

However, Manchester United manager Casey Stoney has aired concerns about how all female athletes are selected by brands, warning that selection is too often based on physical appearance in a way that doesn’t happen in the men’s game.

Earlier this year, it was estimated that only 1% of sponsorship was dedicated to women’s sport as a whole, much of the current UK market focusing on Olympians rather than footballers.

Stoney is quoted by the Daily Mail:  “I get extremely frustrated that female athletes get commercial deals based on the way they look, not based on what they do on the pitch.

“I’ve seen people get massive deals who’ve barely even kicked a ball in anger for their national team, but because they look a certain way they get a deal.

“Someone who has got 100 caps, scored goals for their country and is extremely talented, but might not have the same look to a commercial partner, isn’t considered.”

The 37-year-old has seen it all, chiefly as a player, but now in charge of United’s fledgeling side. Stoney has shown she is not afraid to speak out on gender issues, also suggesting a female manager will not be appointed by a men’s club in her lifetime. 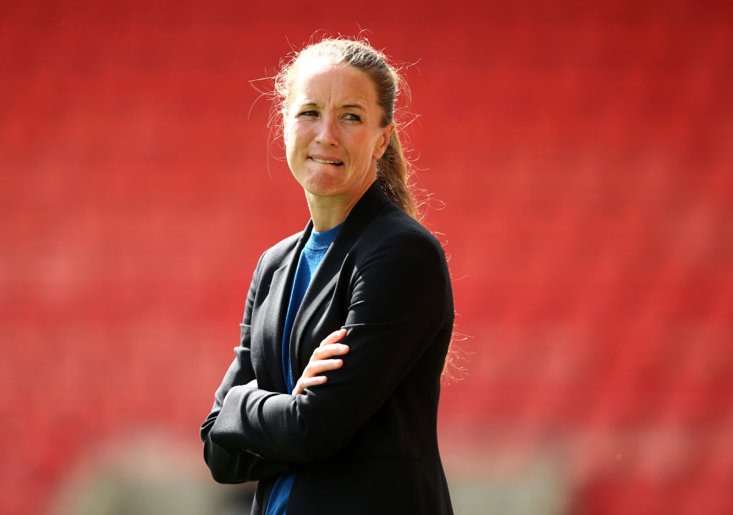 To some, that might seem a fair precedent, apart from the fact that it does not apply both ways. Numerous men have taken charge of women’s teams, including the last two permanent England managers, the occupiers of arguably the most important job the FA can bestow.

And as for the question of women’s appearances, while Stoney’s comments have been hotly debated, there is little evidence to show she is wrong.

Brands are under pressure to provide players who are instantly recognisable. Until a matter of months ago, even the most prominent Lionesses stars simply did not have that platform.

“I don’t think that it’s just football... that’s women’s sport in general. You see it in tennis, because some of the most successful players ever earn less money than those that maybe are a little bit more attractive.

“That is a frustrating thing for me. I would like the women’s game to be seen through talent, ability on the pitch and what they can do to help their team win.”

There is an argument, of course, that this is a wider problem which also affects men. It is surely no coincidence that Cristiano Ronaldo and David Beckham are handpicked to represent underwear brands, while Leo Messi and Mo Salah advertise Pepsi.

Inevitably, there are exceptions – but as Stoney points out, they are few and far between in the women’s game.

At present, it’s a vicious cycle. Female footballers are accused of failing to capture the imagination in the way that male players do – as if that is their responsibility – when first and foremost, it is brands’ attitudes that need to be modernised.

The only way that will change is to continue raising the profile of the most talented female athletes.