Football
News
Nuno's side have slipped down the table this term but it shouldn't last long
Elliott Bretland
08:00, 02 Mar 2021

It’s April 2018, and the Derby defence has dealt easily with the Wolves corner kick, powerfully heading it well out of the box. Sadly for the Rams, Ruben Neves is lying in wait. From 30 yards out, he controls the flying ball, tees it back up and lets rip with a stunning volley which rockets into the top corner.

It was a spectacular effort which sent a statement, and duly won the EFL Goal of the Year award. Neves was a class above, as were Wolves that year. They easily earned promotion to the Premier League with 99 points. They boasted supreme quality, and after adding the likes of Joao Moutinho, Rui Patricio and Raul Jimenez to the team, they finished seventh in the top flight two seasons running, playing fast, ferocious and savvy football under the stewardship of Nuno Espírito Santo.

All the aforementioned players and manager are Portuguese, except for Jimenez, who himself played in Portugal with Benfica. The Black Country club were first able to entice Neves, who had previously played in the Champions League with Porto, to the second tier and then lured more talent as a newly-promoted team in the Premier League through their links with Jorge Mendes. As the Independent wrote last year: “The club’s owners, the Chinese conglomerate Fosun, rely on the man that Jeff Shi, the executive chairman, called a ‘friend and advisor’.”

Santo was Mendes’ first client and he is now considered a super-agent. The fact Cristiano Ronaldo is on his books helps illustrate the point. Wolves have enjoyed massive success through savvy recruitment and this additional help. They may not have won silverware, but they have been able to challenge the established faces in English football, finishing above Arsenal, Leicester and Everton having faced the likes of Burton Albion in league games only three years ago. 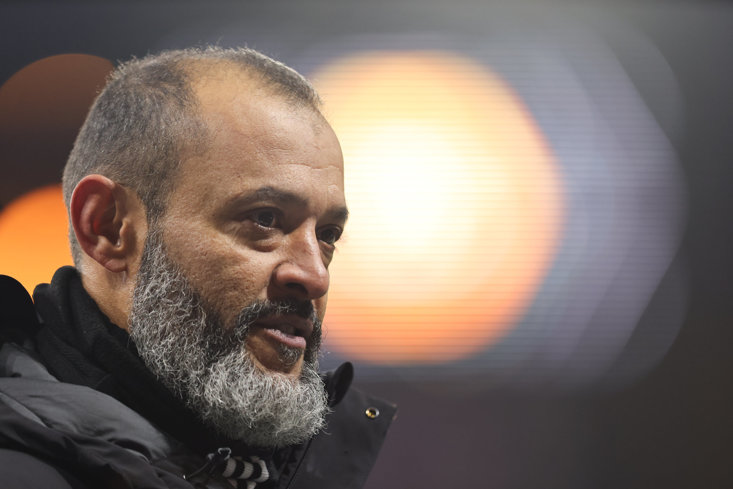 NUNO HAS DONE A STELLAR JOB AT WOLVES

Wolves’ 2019-20 season lasted 59 games in more than a year due to their early entrance into the Europa League and the Covid-19 pandemic’s extension, which led to them being eliminated from Europe by Sevilla in the quarter-finals in August 2020. However, this season just hasn’t got going for them. As they prepare to take on runaway leaders Manchester City on Tuesday night, Wolves are 12th, nine points adrift of the top six.

If they don’t qualify for Europe, which looks very unlikely with 12 games to play, one would expect Neves to depart. City and Juventus have previously been linked with the industrious midfielder, who has 20 goals in 165 appearances for Wolves, while he also boasts the quality to play for a PSG or a Barcelona. The same goes for Jimenez, who has been a transfer option for the Bianconeri as well as Manchester United prior to his horrific head injury earlier this season. They are top players who wouldn’t be short of options.

When you consider Neves is 24 in March, he will want to play at the highest level possible; same for Jimenez, who turns 30 in April. They appear happy at Molineux and are part of a really well-oiled machine, but if an offer comes they may go. That’s not to suggest the wheels will fall off for Wolves, thugh. Far from it. 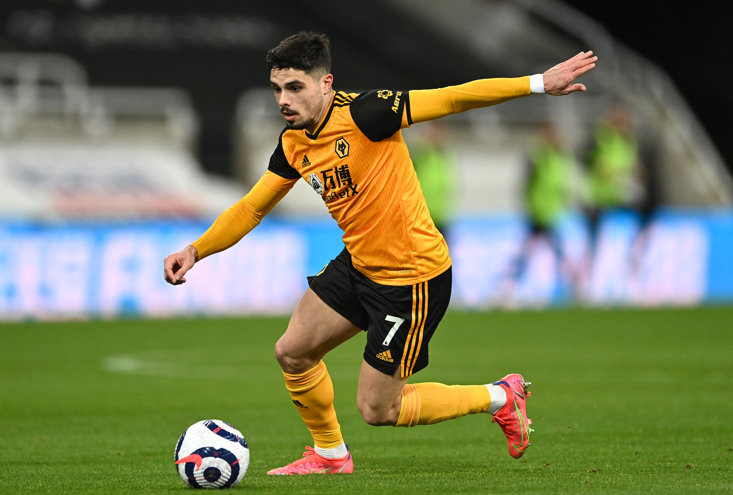 Should Wolves lose one or two of their star players, they have already invested well in talented youngsters who could replace them. Fabio Silva, still only 18, arrived from Porto in September for a reported £35m, signing a five-year deal. Pedro Neto is 20, signed two years ago from Braga and already has 10 goals in 74 matches. Rayan Ait-Nouri is 19 and on loan from Angers, and has been tipped for a bright future. Last summer they lost Matt Doherty to Tottenham but were able to replace him with Nelson Semedo from Barcelona. They replaced quality with quality.

In captain Conor Coady, who is still only 28, it feels as though they have a bedrock but plenty could change around him. But while alterations are to be expected, Wolves will still compete as Premier League regulars.

That’s because they have the resources and nous to make adequate replacements if they have to lose players. They have a business model and have thrived thus far in putting it into use. This summer could be the first bump in the road with no European football on offer to potential signings, but it still feels like Wolves are still ready to blossom. They are building, merging proven talent with massive potential.

The future remains bright for Wolves, and if this it the end of one cycle, it should lead to another which can be every bit as fruitful.