Golf
News
SGL's latest gambit may not have paid off, but it clearly shows the ambition that they have
Will Dowie
15:29, 21 Feb 2022

Although this feels like an idea which has just been ignited, the concept of a breakaway league in golf is nothing new. In 1994, Greg Norman spearheaded his own ambition for a new World Golf Tour, which ultimately never came to fruition. 28 years later, he’s back again, now fronting the Saudi Golf League, who are looking to prize away some of the PGA Tour’s biggest stars. Undoubtedly, this is the biggest crisis that golf has ever faced.

The SGL is being funded by the Public Investment Fund of Saudi Arabia, a conglomerate that we will see in the Premier League with Newcastle for seasons to come. They have now decided to infiltrate the golfing world, offering players astronomical sums to break the mould and join this Super Golf League.

Investment in the game is always welcome but the underhanded nature of how the SGL is trying to lure players away from the PGA Tour is unnerving. It has now been reported that they have contacted every top-100 golfer, with the hope in their eyes that they can perpetuate the game to a new level.

There are parallels that can be drawn between the Saudi Golf League and the European Super League. Both proposals are fuelled by greed and have been met with strong opposition from many within the game. Similarly to UEFA, the PGA Tour have already declared that anyone who does decide to split from the PGA Tour to join this new venture will be banned from all future participation.

One of the people at the centre of this controversy is Phil Mickelson, whose comments surrounding the SGL have been branded ‘egotistical’ by Rory McIlroy and Justin Thomas.

In an interview conducted in November with author and golf writer, Alan Shipnuck, Phil Mickelson said:

‘They’re scary motherf****** to get involved with,

‘They killed [Washington Post reporter and U.S. resident Jamal] Khashoggi and have a horrible record on human rights. They execute people over there for being gay. Knowing all of this, why would I even consider it? Because this is a once-in-a-lifetime opportunity to reshape how the PGA Tour operates.’ 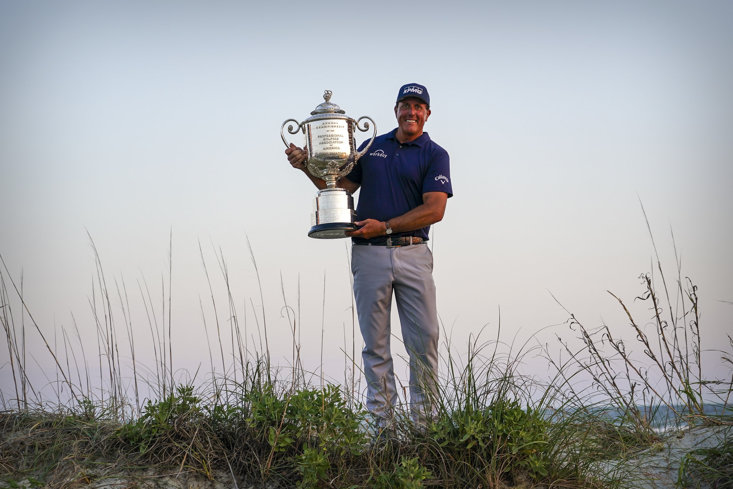 The last line is the epitome of naivety. According to Forbes, Mickelson has earned $815 million, so to suggest with such a brazen tone that he would be willing to overlook such widespread issues just to line his already deep pockets with more cash is beyond moronic.

Mickelson has always been loved and adored by golf fans around the world, but those within the game will say that the American has got form for this and is highlighted by his many misdemeanours. Arguably, his biggest was in the 2018 US Open at Shinnecock Hills. Phil missed an 18-foot putt for par on the 13th, but as the ball went past the hole, the then 48-year-old chased after it. In a moment of madness, Lefty then hit the ball again as it was still moving, stopping it from falling down the false front. This act gets worse on every watch, and no explanation was subsequently given by the American.

Knowing this, then none of us should be surprised by the lack of respect that Mickelson has for anybody. He has already shown his true colours on several occasions, but amazingly always seems to be forgiven. This, however, feels different. ‘America’s Sweetheart’ has created fractions amongst his fellow professionals and the feel-good factor that continues to surround him is slowly ebbing away. He once again has acted without thought or feeling, and his legacy could be damaged forever.

So, who else is considering the move? It is worth noting that Lefty isn’t on his own here. Jason Kokrak has claimed that he has been in advanced negotiations with the SGL so that he can retire early and watch his kids grow up. Well at least he’s honest, but like his American counterpart, he’s misread the room.

The English duo, Ian Poulter and Lee Westwood are also thought to be keen to join the competition, with the latter already signing a Non-Disclosure Agreement with the SGL. What will be interesting will be how Mickelson and his fellow pro-SGL colleagues will be greeted on the PGA Tour following this. Mickelson has been absent for some time now and missed Tiger Woods’ Genesis Invitational at Riviera last week, a tournament that he has frequented with in years gone by. His omission is eye-opening amid speculation that the PGA Tour may suspend the six-time major champion.

Luckily, for every Phil Mickelson, we have a Rory McIlroy. Thankfully, he is one person who certainly won’t be moving, branding the breakaway ‘dead in the water.’ 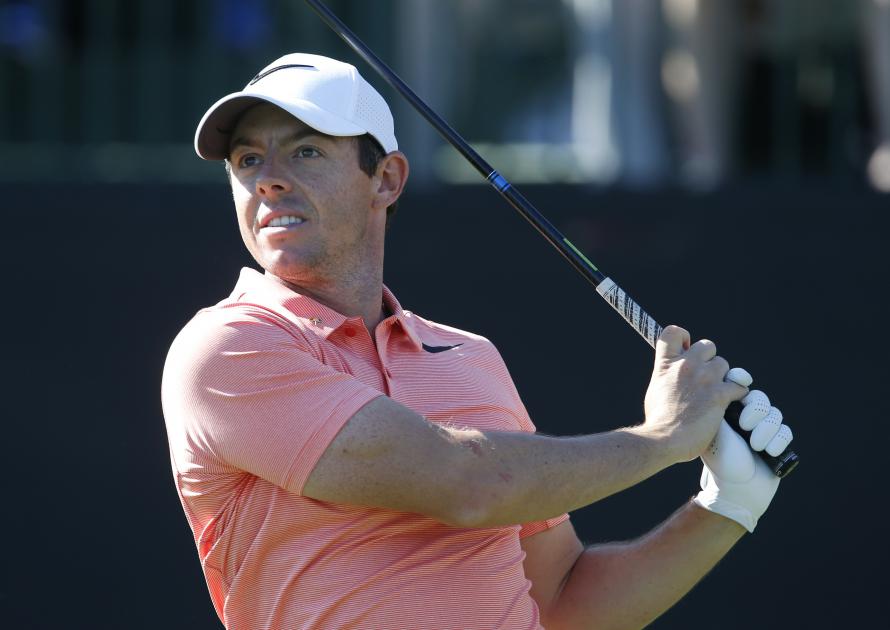 He has been the most outspoken advocate against this new ‘Super League’ and has no real idea as to why anyone would even contemplate the move. He is joined by World no.1, Jon Rahm. Like McIlroy, he has suggested that this is nothing more than a money grab, and his motivation to play the great game is for titles, not dollar signs.

Both comments come in what looks to be the biggest blow the SGL has had yet after Bryson DeChambeau and Dustin Johnson pledged their allegiances to the PGA Tour. The once touted SGL poster boys have turned their backs on the PIF funded league, with big-hitting Bryson turning down a reported $240 million to join the league.

DeChambeau and Johnson said in interviews that they were seriously considering the switch, and should the world no.9 and no.12 have chosen differently, then the impact would have transcended around the world and may have proven to be a catalyst for others to follow suit.

It may be too early to pronounce the Super Golf League dead but the events that unfolded last week were a huge setback for the competition. The attraction of big names is pivotal for any rival league to flourish and without that, the momentum is all but gone. This move was a hail-Mary. It may not have paid off, but this clearly shows the ambition that they have.

The money is unquestionable, and while many in the game still strive for a big pay day, this will be an unwanted distraction, which will rumble on for many years to come. For now, it feels that the existential crisis that golf has experienced in recent months is slowly subsiding, but the shockwaves that this has created will remain.

x
Suggested Searches:
The Sportsman
Manchester United
Liverpool
Manchester City
Premier League
More
golf
Everything You Need To Know About The 2022 PGA Championship
‘This is Major’ is the PGA’s chosen slogan for their flagship major event, as the [ ... ]
golf
Betfred Donate £19,000 To Prostate Cancer UK After Danny Willett...
Thorbjørn Olesen may have walked away with the Betfred British Masters title over the weekend, [ ... ]
golf
Betfred British Masters: Thorbjorn Olesen Triumphs With Spectacular...
Thorbjorn Olesen clinched the Betfred British Masters title with an incredible 35-foot putt on the 18th [ ... ]
golf
Thorbjorn Olesen Three Clear Heading Into Final Day Of Betfred...
Following a miserably wet Friday, the sunshine returned to The Belfry on Saturday as round three of [ ... ]
golf
Hurly Long And Danny Willett Shine On Day Two At Betfred British...
It was another action-packed day at The Belfry in Sutton Coldfield for day two of the Betfred British [ ... ]
golf
Great Danes Enjoy Profitable Opening Day At Betfred British...
If watching Christian Eriksen run the show in the Premier League wasn’t enough, now several other [ ... ]
golf
Everything You Need To Know About The Betfred British Masters
The British Masters is upon us and Danny Willett has chosen The Belfry again as the host for one of [ ... ]
golf
Phil Mickelson Plays Both Sides As Golf’s Civil War Begins
Phil Mickelson, American golf hero and people’s champion left many fans flabbergasted by [ ... ]
golf
Lazarus With A Five Iron: Tiger Roars Back At The Masters On...
On April 14 2019, the weather was looming ominously in Augusta, Georgia. The only thunder that ultimately [ ... ]
golf
Scheffler Shines, Rory Reborn & Tiger Returns: 5 Things We Learned...
Scottie Scheffler's stunning season continued this weekend as he clinched the first major of his [ ... ]
golf
Tiger’s Greatest Triumphs: Three Times Woods Defied All The...
You simply couldn’t write the life of Tiger Woods. A man that has seen it all, won the lot and [ ... ]
golf
The Masters Best Picks And Tips: Can Tiger Woods Live The Dream...
Tiger Roll might’ve called it a day after Cheltenham, and Subway might’ve called time on [ ... ]
golf
25 Years On: Remembering When Tiger Woods Became The Masters’...
Way before his slams, his swings and scandals, Tiger Woods paved the way as a phenom in the world of [ ... ]
golf
Everything You Need To Know About The 2022 Masters Tournament
The famous green jacket is up for grabs once again as the golf world descends on Augusta, Georgia for [ ... ]
golf
Where? When? How To Watch? Everything You Need To Know About...
One of the highlights of the golfing calendar arrives next week in the form of the sport’s “fifth [ ... ]
golf
Five Of The Best UK Golf Courses You Can Play For Under £100
The majority of UK golf courses we see the likes of Bryson DeChambeau, Rory McIlroy and Jon [ ... ]
golf
IN PICTURES: Five Of The Most Beautiful Golf Courses In The...
Widely regarded as one of the best looking golf courses man has ever crafted, Pebble Beach in California [ ... ]
golf
Why The DP World Tour Will Help European Golf
As the PGA Tour came to a close before September’s Ryder Cup, the European Tour has entered its [ ... ]
golf
USA Complete Ryder Cup Annihilation As Cantlay And Scheffler...
The USA regained the Ryder Cup on Sunday, finishing off a convincing exhibition of matchplay golf by [ ... ]
golf
Team USA Dominate Day Two Of Ryder Cup Leaving Europe With A...
Team USA stretched their lead to 11-5 on day two of the Ryder Cup at Whistling Straits after another [ ... ]
golf
Ryder Cup Pairings 2021 Day One: Rahm And Garcia Eye Up Titanic...
The Ryder Cup pairings have delivered once again. Europe will start by sending out world number one [ ... ]
golf
Everything You Need To Know About The 2021 Ryder Cup At Whistling...
The 2021 edition of the Ryder Cup begins on Friday a whole year after its initially scheduled start [ ... ]
golf
Will Shane Lowry Make It? Europe's Ryder Cup Qualifying Race...
The Ryder Cup kicks off later this month at Whistling Straits and Europe’s men will be hoping [ ... ]
golf
Kids In America: Rookie Duo Maguire And Castren Fire Europe...
The old cliche that youth has no fear is often thrown about in sport, but we saw just how nerveless [ ... ]
golf
Cantlay, DeChambeau Or Rahm To Win? All You Need To Know On...
The PGA Tour heads to the home of some of golf’s most breathtaking courses, Atlanta, with East [ ... ]
golf
Everything You Need To Know Ahead Of The 2021 Solheim Cup
The 17th edition of the Solheim Cup, one of the most prestigious events in golf, gets underway this [ ... ]
golf
Kevin Kisner’s Wyndham Win Shows His Importance To Team USA...
Golf’s showpiece team event, the Ryder Cup, is just over a month away as Team Europe prepare to [ ... ]
golf
Golf's Sibling Superstars Minjee Lee And Min Woo Lee Are Taking...
On Sunday, Australian golfer Minjee Lee overturned a seven shot deficit to beat South Korea’s [ ... ]
golf
Unflappable Collin Morikawa Wins The Open Championship After...
American Collin Morikawa has won the Open Championship’s Claret Jug for the first time after a [ ... ]
golf
Oosthuizen Holds His Nerve To Take One-Stroke Lead Into Final...
Louis Oosthuizen proved once again that he should never be underestimated, as even with a subpar performance [ ... ]