Football
News
Gian Piero Gasperini's side are winning over a lot of fans in Italy
Adam Digby
09:00, 01 Feb 2020

It is easy to admire what Gian Piero Gasperini is accomplishing with Atalanta. Last weekend saw his team demolish Torino 7-0, a scoreline which still somehow managed to understate just how superior La Dea were at the Stadio Olimpico on Saturday evening.

It was a result which lends further hope to the belief the Bergamo-based side can progress to the Champions League quarter-finals, while also keeping them in contention for another top-four finish at the end of the season.

What makes such performances even more remarkable is that the division’s bigger clubs have already looked to pick off Atalanta’s most promising talents. Roberto Gagliardini, Franck Kessie, Gianluca Mancini and Bryan Cristante were all sold for huge profits, while Gasperini has been linked with AC Milan over the past few months.

Borrowing ideas or ideals is nothing new in Serie A. For decades, clubs in Italy’s top flight have often looked to mimic the division’s most successful clubs, from replicating the “Catenaccio” of Nereo Rocco's Padova back in the 1950s to Antonio Conte making three-man defences all the rage in more recent years.

Indeed, Milan would lure Rocco to San Siro and ask him to build them into a dominating force, just as Inter snapped up Conte last summer as they sought to topple Juventus at the summit of the table.

But for every Arrigo Sacchi that shone in the provinces before enjoying success at a bigger club, there are plenty of failed experiments with Eusebio Di Francesco, Marco Giampaolo and Gigi Delneri perhaps the most recent examples. Their inability to replicate what had worked for them elsewhere should act as a note of caution to anyone casting admiring glances towards today’s Atalanta side, even as they run roughshod across the Calcio landscape.

Gasperini has already experienced the difficulties of such a move, taking the Inter job back in 2011 after some impressive work with Genoa only to fail spectacularly and be sacked after just five matches.

It has been a similar story for those players who have left Atalanta in search of glory elsewhere. Gagliardini is perhaps the sixth-choice midfielder at Inter even before Christian Eriksen arrived, while Kessie has failed to impress during his time across town at AC Milan.

Mancini remains promising, but Roma team-mate Cristante has floundered in the capital after making the same move 18 months ago. They were recently joined at the club by Leonardo Spinazzola, a Juventus youth product who spent time on loan with Gasperini at Atalanta, doing so well that the Bianconeri became embroiled in a bitter row as they tried to cut short that deal in order to bring him back to Turin.

Those attempts ultimately failed, but when the full-back did return to his parent club, where he made just 12 appearances before they packed him off to Roma. 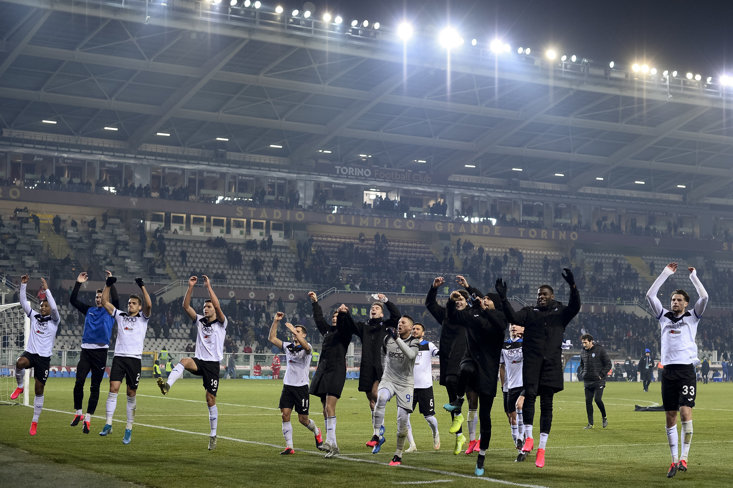 Atalanta celebrate after their 7-0 thumping of Torino

The same can be said of Mattia Caldara who broke into the Atalanta first team early in the 2016/17 campaign, looking so good that Juventus paid almost €25 million to sign him during the January transfer window of that same season.

They left him in Bergamo on an 18-month loan and watched gleefully as he emerged as an Italy international, finally bringing him into their squad during the summer of 2018.

His debut came as a second-half substitute during an International Champions Cup friendly against Bayern Munich, but the central defender was then sold to Milan in order to facilitate Leonardo Bonucci’s move back to Juve. The Rossoneri paid €35 million for Caldara and, while he suffered Achilles and ACL injuries, they would have expected far more than the two appearances he made for the club over the next two-and-a-half seasons.

The belief in him deteriorated so badly that, after 37 minutes in a Juve shirt and 155 for Milan, Caldara returned to the Bergamaschi on loan with an option to buy.

A photo he posted on Instagram of himself admiring the Champions League badge on the Atalanta shirt looked petty, but it serves merely to highlight the difference between those players under Gasperini and the same men when they leave to play elsewhere.

Completely ineffective for Milan and never a factor at Juventus, Caldara is likely to start in the Champions League last-16 tie against Valencia and it would not be a surprise if he looked like the same commanding talent that two of Italy’s biggest clubs thought they were buying.

It might be cliched to say that Gasperini gives his squad the belief that they can beat anyone, but watching their performances it is undoubtedly true. Time and time again, the team rampage their way past more highly decorated and widely respected opponents, their results making a mockery of anyone who underestimates them.

But upon closer inspection, what is also in place is an unrepeatable set of circumstances that allow both the Coach and his players to thrive. There are no expectations on Atalanta, even from their own fans, supporters backing the side no matter what the score is in a particular match or where they sit in the league table.

That is clearly not the case at Milan, Inter, Roma or Juve, while Gasperini is also given everything he asks for by a club who have completely bought into his vision. Players who don’t fit are quickly moved on, Danish international Simon Kjaer being a perfect example after the former Sevilla and Wolfsburg defender was signed last summer for his Champions League experience.

“He’s an excellent player, but struggles to interpret our style of football,” Gasperini said at a press conference last month (h/t Football Italia). “He has other characteristics and I tried him out, but was not convinced.” Kjaer was shipped out almost immediately when the January transfer window opened. 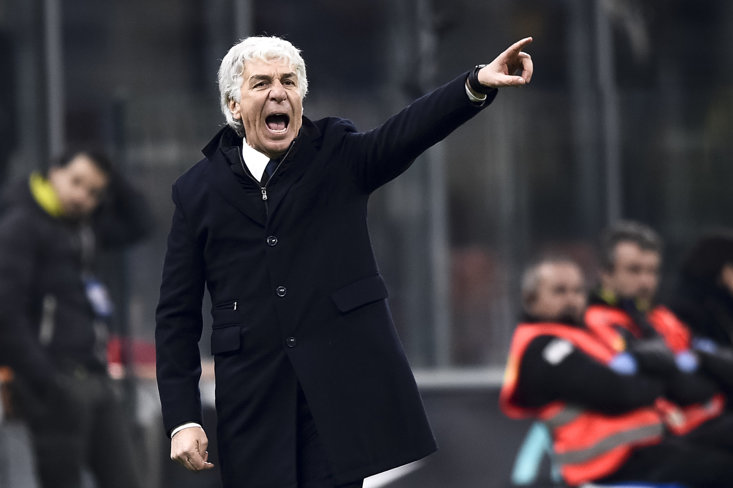 The same is true of talented youngsters too, however. Atalanta paid almost nothing to sign Dejan Kulusevski from Swedish club Brommapojkarna, but sent him away on loan to Parma after Gasperini decided he had no place for the talented winger. He has enjoyed a breakout campaign at the Stadio Tardini, Juve swooping in with a €35 million bid for the 19-year-old, La Dea happily accepting the huge profit on a player who simply was never part of their plans.

Instead, the team will continue to do what they do, their cavalier approach and 3-4-3 system leaving spectators and opponents with little alternative but to stand and applaud their quality. It is easy to admire what Gian Piero Gasperini is accomplishing with Atalanta but, as many of their Serie A rivals have found out, it is almost impossible to replicate.