This year’s renewal of the Lowther looks well up to scratch with the leading juvenile fillies all set to clash.

Sandrine already holds two verdicts over Hello You and extended her authority as well as proving herself on quicker ground at Newmarket last time. She does have a 3lb penalty to carry for that G2 success, but it is hard to see the form being turned around.

Sandrine does though have a new challenger here in ZAIN CLAUDETTE who knuckled down well to win smartly at Newmarket two starts ago and followed that up with a narrow success in the Princess Margaret at Ascot four weeks ago. Despite officially having 8lb to find on a line through Desert Dreamer, she has less than two lengths to find on the favourite and receives 3lb and she gets the vote. 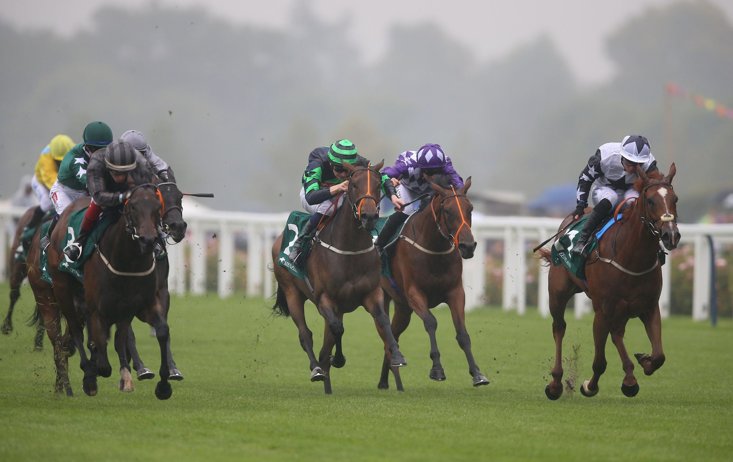 Illustrating has won either side of a respectable Royal Ascot run and is considered for Karl Burke after a good win in nursery company at Goodwood while Outside World was a four-length course winner and has the services of Frankie Dettori.

A huge pot is on offer in the sales race with £98k going to the winner and a race Richard Hannon, who saddles four runners, has won in four of the last five years.

Two years ago, Mums Tipple won by a devastating ELEVEN lengths and those silks will be carried this year by System. Her listed win at Newmarket in June has worked out ok and she was beaten just under three lengths by Zain Claudette at Ascot four weeks ago. We will get an idea of the strength of that form in the opener so watch that with interest. Either way, her mark puts her in with leading claims.

It is certainly quantity over quality as is usually the case with these sales races with prize money all the way down to tenth, so connections can’t be blamed for rolling the dice.

Ever Given represents Tom Dascombe who looks the leading hope of his trio and was fourth in a similar race in Ireland two weeks ago. He was a winner at Glorious Goodwood and is closely matched with System on the figures.

Korker has won half of his four starts for Karl Burke and also ran an eye-catching race in terms of the sectional times at Royal Ascot. He had a confidence booster at Thirsk and again hasn’t got much to find on the official ratings.

David Loughnane’s Mojomaker brings some decent pattern form to the table, but the selection goes to WINGS OF WAR for Clive Cox. He gave best on debut to a horse now rated 84 but took a big step forward next time to win comfortably at Nottingham a month ago.

The third that day won easily at Windsor on Monday night to give the form a timely franking and with less miles than the others, he can improve past them for a trainer who has an excellent record with juveniles in the last few seasons.

A competitive mile handicap and a devilishly difficult handicap to solve. So difficult, I’ll take two bits of the cherry.

First up is course winner ORBAAN who caught my eye in the Golden Mile at Goodwood last month. The handicapper dropped him 1lb for that effort which left him at 100, the exact mark he won off here last July and 4lb lower than a close seventh in this race twelve months ago.

Any rain would suit although he is fine on good ground and once again has the services of Jamie Spencer on board. 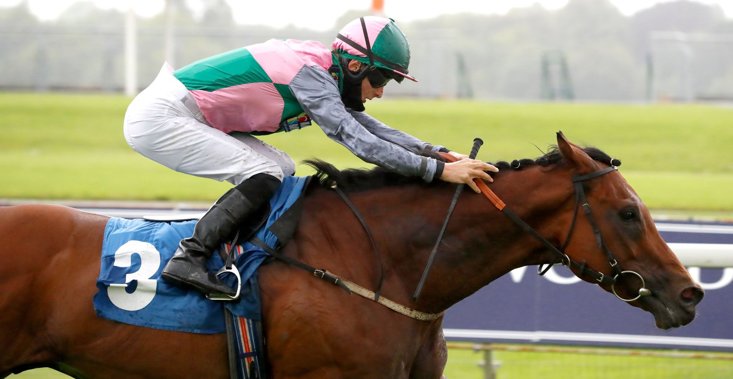 The other dart goes to FAME AND ACCLAIM who has only had three starts for Les Eyre and bordered on Listed class in Ireland with Joseph O’Brien. He made his stable debut in the Royal Hunt cup and was mid division before an excellent third over this track and trip last month. On that evidence, he has a 6lb pull with favourite La Trinidad which makes him of huge each way interest with the extra prices at around 16/1 and Hollie Doyle has claimed the ride.

La Trinidad loves it on the Knavesmire and is on a hat-trick under Oisin Murphy, while Astro King was well beaten in the John Smith's Cup here and may appreciate the return to a strongly run mile. Maydanny has more on his plate after a Goodwood success, while Magical Morning is better than his Goodwood effort and is better judged on his easy Sandown victory ahead of Maydanny.

The Group 1 feature of day two is the Yorkshire Oaks with seven high-class middle-distance fillies heading to post.

Everything centres around English and Irish Oaks heroine Snowfall as she bids for a third straight Group 1 success and confirm her credentials as favourite for the Prix de L’ Arc de Triomphe.

She was emphatic at Epsom to win by SIXTEEN lengths and again by over eight at The Curragh. She has already proven herself here too with victory in the Musidora and is the standout candidate and a banker of the week for many. However, at odds of around 2/5, I must take her on and I think we have grounds to do just that.

The 3yo fillies do not look an excellent bunch and while Snowfall is clear of her contemporaries, she did hit a flat spot in the Irish Oaks three furlongs out and those others who have dipped their toes against their elders have been soundly beaten.

Divinely chased home Snowfall at The Curragh off levels and yet was beaten by twice as many lengths by WONDERFUL TONIGHT at Goodwood who was giving her 15lb. Although Snowfall is officially 3lb superior and gets 9lb here, I don’t think she is that far clear and Wonderful Tonight is an absolute star. Her Hardwicke Stakes form is as solid as they come and while the good ground may not be ideal, I think this is her best trip and can lower the colours of the favourite.