Boxing
News
The Brit takes on the pound-for-pound number one fighter in Arlington, Texas this weekend
Kieran Spratt
10:00, 03 May 2021

WBO super-middleweight world champion Billy Joe Saunders is in action against pound-for-pound superstar Saul ‘Canelo’ Alvarez on Saturday night and while many don’t believe the Brit has much of a chance against the Mexican, his promoter Eddie Hearn believes he has all the tools to shock the world and emerge victorious in Texas.

“Billy Joe’s been looking for this opportunity for a long time. I think it’s a real live fight, I think it’s the toughest fight out there for Canelo Alvarez,” Hearn told Dom McGuinness and Anthony Crolla.

“Billy Joe is going to look razor-sharp, he’s in tremendous shape, he’s got the bit between his teeth and it’s going to be a thrilling fight.”

It’s not just the fistic genius in the opposite corner that Saunders will have to contend with though. With it being the week of the Mexican holiday Cinco de Mayo, there’ll be tens of thousands of partisan fans descending on the AT&T Stadium to cheer on their hero, Canelo, but Hearn believes that could work in “maverick” Saunders' favour, if he decides to “turn it on.”

“70,000 people out there, the atmosphere’s going to be absolutely wild, and it’s over to him - it’s a tall order because Canelo is fantastic, he’s brilliant, but so is Billy Joe. 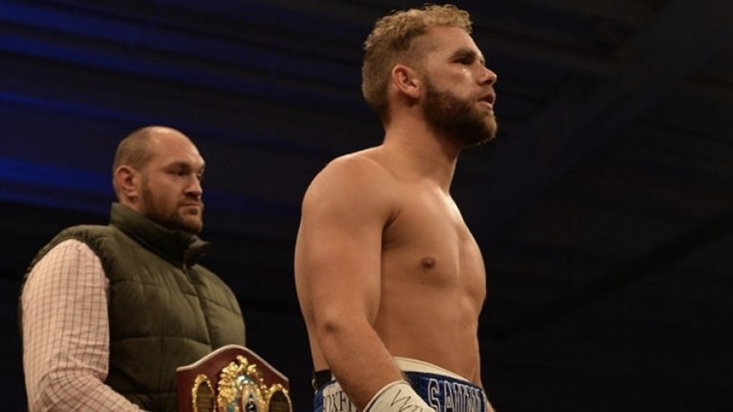 “He’s undefeated, he’s a two-weight world champion, but we’re going to find out now, he’s wanted this for a long, long time and if he is what he says he is, he’s going to be very, very dangerous in that fight and he can win that fight.

“You’ve got Canelo Alvarez in one corner, 70,000 Mexicans in the arena - it ain’t going to be easy but Billy’s a bit of a maverick. When he needs to turn it on, he can turn it on and when he doesn’t need to turn it on, he just don’t.”

Many pundits are pointing to Saunders’ slick southpaw style, something that has previously given Canelo trouble, albeit many years ago now against the likes of Erislandy Lara and Austin Trout, and Hearn says both the fighters deserve props for taking such a tough bout.

“Billy’s got that style, a bit like Demetrius Andrade, you just don’t want to go near him.

“That’s why both guys need the props because Canelo’s going ‘Oh, he’s a champion, I need to win the belt’ and Billy’s fighting the pound-for-pound number one, so it’s going to be a brilliant fight.”