The rumour mill is in overdrive speculating over Anthony Joshua's next opponent ahead of a ring return this summer.

Joshua added the WBO crown to his collection by outboxing an unambitious Joseph Parker back in March. The New Zealander spent most of the encounter out of range, merely intent on going the distance.

Six weeks on from the snoozefest in South Wales, attention turns to AJ's next victim. With five men rumoured to be in the mix, we asked Joshua's promoter, Eddie Hearn, to talk us through the options.

In at number five and unlikely to get the call is Bulgarian lump Kubrat Pulev. The former European champion injured himself heading into the AJ fight last year and lost out on a reported seven figure payday.  Last minute replacement Carlos Takam pocketed the fortune and put up a good showing to boot.

A rematch with the self-styled "King of South London" is on the cards, just not next.

Whyte buzzed AJ when they clashed in 2015 with a huge left hook, leaving the unified champion on unsteady legs.  But the man from Brixton couldn't capitalise and got knocked out by a monster uppercut.

In response to his first defeat, the Londoner put together a string of victories, notably dispatching Australian puncher Lucas Brown last time out.  He's now ranked number one with WBC and poised to become mandatory to Deontay Wilder's crown.

Joshua and Whyte share great chemistry, history and a fan-friendly rivalry that drives big PPV numbers. Hearn admittedly "loves a pound note" so expect to see this domestic dust-up in the not too distant future.

Though Joshua expressed a desire to fight in the UK next, it's only a matter of time before he's exposed to a primetime US audience.  If an American debut happens next  - and more lucrative fights don't materialise - expect to see the pair clash at the Brooklyn Centre, New York. 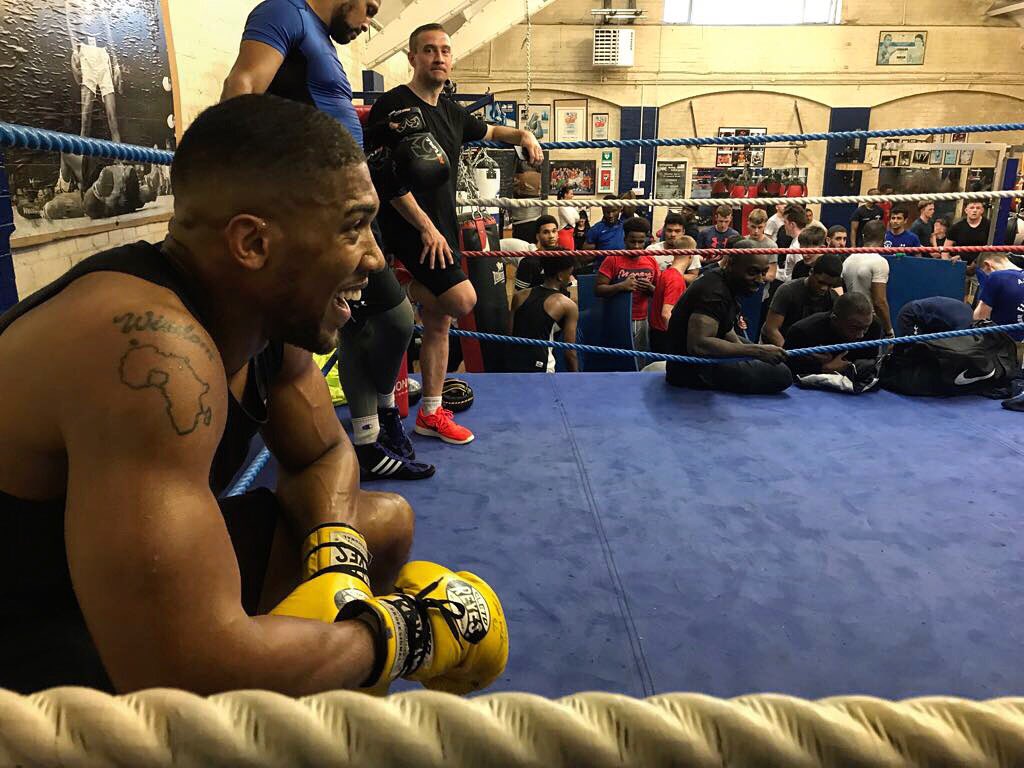 Anthony Joshua holds three of the four recognised world heavyweight titles - the WBO, WBA and IBF. And with these great belts, come great (and sometimes inconvenient) responsibility in the form of mandatory challengers.

Back in April, the WBA installed two-time drug cheat, Povetkin, as AJ's mandatory after brutally dispatching Liverpool's David Price on the Joshua-Parker undercard.

Team Joshua are afforded 150 days to decide whether they want to fight, vacate, or negotiate a step aside deal.

The clock is ticking...

According to Hearn, the best fight of the bunch is also the most likely to happen next.

The man from Alabama's 40-0 record is padded with sparring partners, and his awkward style often draws criticism. But Wilder possesses two attributes you can't teach; dynamite one punch power and heart - just ask Luis "King Kong" Ortiz. The Cuban caused Wilder real problems when they met in March before the "Bronze Bomber" recovered and detonated that wild right hand.

Missing from Joshua's title collection is the famous WBC green strap held by Wilder. A heavyweight match-up for all the marbles is arguably the biggest fight out there, but negotiations took an unusual turn last month with the American's team making outlandish offers by email, and then cancelling a meeting to get into the detail.

Who would you prefer to see him in with next?