Eden Hazard’s Real Madrid debut may not be remembered for a dazzling finish or a perfectly placed 60-metre pass.

That’s because the Belgian maestro took to the field for Los Blancos against Bayern Munich wearing a shirt with the number 50 on the back. And the reason? To mark half a century since the moon landings.

Hazard may not strike you as the kind of person who gets sentimental when they look to the starry sky but at the end of a week when all the talk was of moon landings, Hazard doffed his cap to the good folks at NASA by wearing 50 on his shirt.

This wasn’t a permanent thing - Hazard will have his own number for the new season but it won’t be 10, Luka Modric has seen to that.

It got us thinking about some of the strangest reasons behind squad numbers that we’ve puzzled over down the years.

Moroccon star Hicham Zerouali enjoyed a three-year stint at Aberdeen enjoying reasonable success but his trademark was a zero on the back of his shirt.

The Scottish FA later outlawed the digit and the player tragically died in a car crash in 2004.

Edgar Davids was one of the star players of the 1990s, winning a Champions League with Ajax before spending time at several clubs and ending up at Barnet. There, he picked shirt number 1, normally reserved for goalkeepers because well, he’s Edgar Davids at Barnet. Who would dare question him?

Ossie Ardiles was such a hit for Argentina in the 1978 World Cup that he earned himself a move to Tottenham Hotspur along with team-mate Ricky Villa.

But the midfielder turned heads by wearing a number 2 shirt as the then manager Cesar Menotti came up with the idea of awarding numbers alphabetically. This was to stop players bickering over who got prized numbers like 10 and 7.

It was an easy way of avoiding potentially daunting comparisons for any new midfielder stepping into the huge boots vacated by Bergkamp. 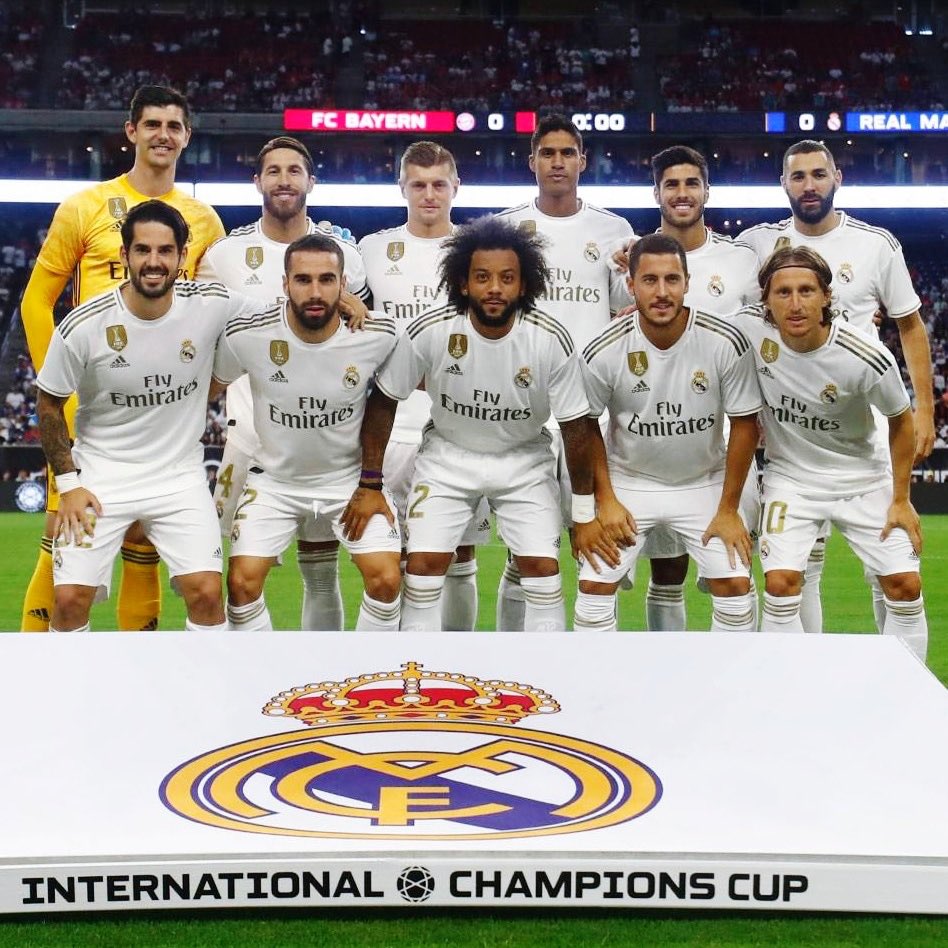 Portugese star Paulo Futre threatened legal action when he was refused the number 10 at West Ham. Offered the number 16 by then-boss Harry Redknapp, Futre argued he should wear the 10, as worn by the legendary Portuguese star Eusebio.

Maths symbols on football shirts are not a good look but Inter Milan’s Ivan Zamorano considered himself something of a trailblazer when in 1998, he had 1+8 printed on his shirt to compensate for the fact he couldn’t have the number 9.

He first received the 39 shirt while at City and continued to wear it wherever he went though had earlier flirted with the 9 shirt while with Real Madrid and Arsenal.

Nicklas Bendtner is a case study waiting to happen. His quirks and eccentricities mark him out as one of the game’s real, ahem, characters.

Having previously agreed to wear squad number 26, a late change of heart saw Bendtner demand the 52 shirt because he claimed this was a lucky number. He promised to personally buy a new shirt for any Arsenal fan he’d inconvenienced with his flightiness but in the days when Robin van Persie and Cesc Fabregas topped the printing charts, he didn’t find himself out of pocket too much.

Bill and Teds’ favourite number invariably finds itself printed on a few jokers’ shirts during the season but it’s something of a rarity - thankfully - in the professional arena.

Bixente Lizarazu decided to choose the quote mark numbers when he returned to Bayern Munich in 2005. He argued it was because he weighed 69kg, was born in 1969 and was 169cm tall though not everyone was convinced.

Ronaldinho looked more like an NFL player when he wore the number 80 on his AC Milan shirt in 2008.

He had been denied the chance to wear his favoured 10 because Clarence Seedorf already owned that so instead chose 80, the year of his birth.

Celebrated stopper Gianluigi Buffon chose 88 as his shirt number in 2000 “because it looked like four balls.” Yeah, me neither.

Not everyone was convinced and he upset Italy’s Jewish community who argued the number was a neo-Nazi symbol because 'H' is the eighth letter of the alphabet, so putting two together makes 'HH', or, more chillingly, 'Heil Hitler'. This was something Buffon strongly denied.

Buffon reportedly wanted 01 because he was a fan of the TV series The Dukes of Hazard which featured a car nicknamed the General Lee that had that number plastered on the doors. On re-joining Juventus this summer, he took the number 77 shirt, with Wojciech Szczesny the current holder of the number one jersey.

Mehryar
@Mehryar10
During his Parma time, Mr Buffon had chosen the number 88 for his shirt which created controversy, which could refer to HH or Heil Hitler.
He had previously worn a shirt bearing the slogan "Boia chi molla", a phrase used by fascists during Mussolini's era. 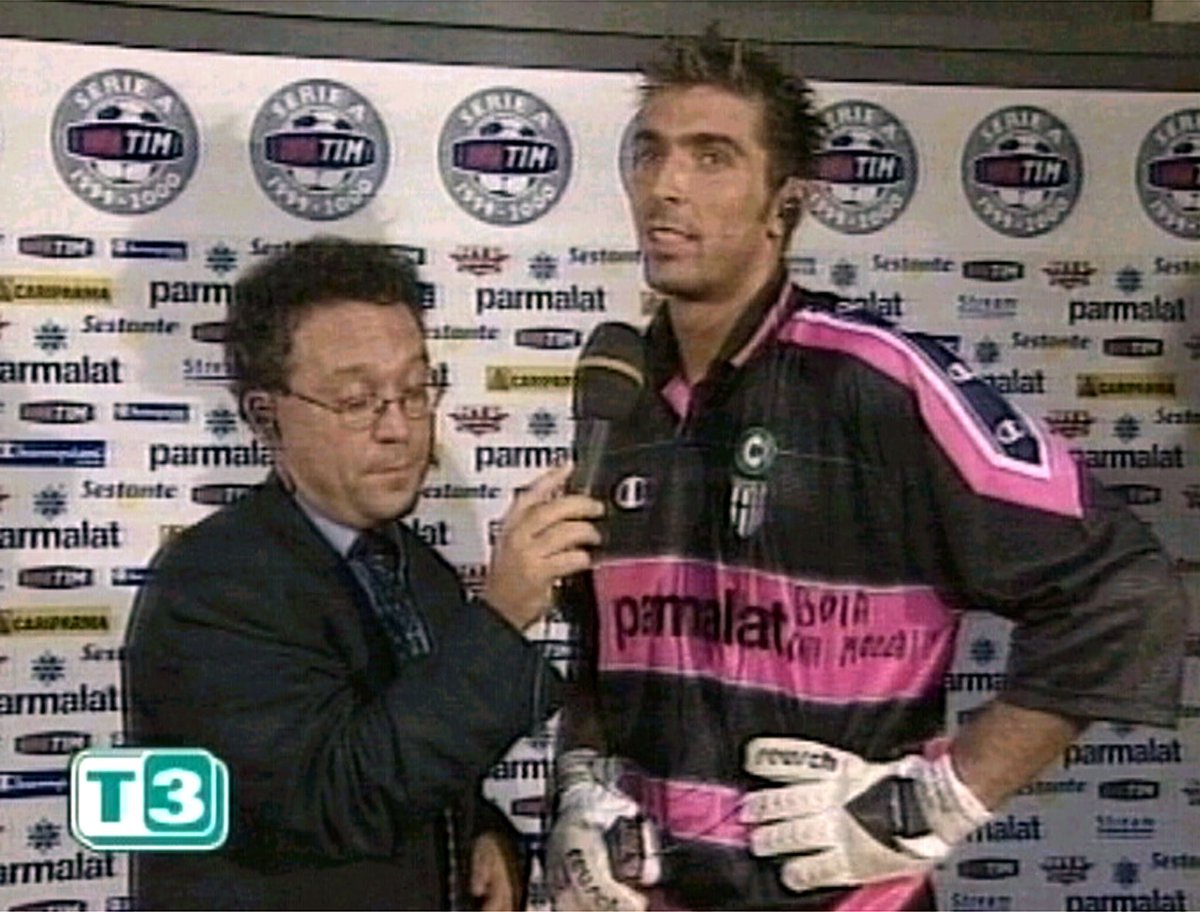 300
351
More
football
The Secret Behind The Success Of Lineker, Shearer And Wright's...
The unavoidable hiatus to the broadcast of the BBC’s flagship football programme will not deny [ ... ]
football
Neymar Jr... Junior! Santos Like The Look Of Ronaldo-Imitating...
On March 7 2009, a slightly-built 17-year-old from Mogi das Cruzes, São Paulo, walked out onto [ ... ]
football
Business As Usual: A Beginners Guide To The Belarus Premier...
If you’re going out of your mind without your football fix, well we’re sorry you just haven’t [ ... ]
football
Why June 30 Could Be D-Day For The Fate Of Premier League Season
England captain Harry Kane has added his voice to the growing calls for the Premier League season to [ ... ]
football
You Heard It Here First - Brescia's Sandro Tonali Is Italy's...
Since winning the World Cup in 2006, it has been turbulent time on the international stage for Italy. [ ... ]
football
A Reunion With Ancelotti Could Resurrect Rodriguez's Stuttering...
No club chews up and spits out world class players quite like Real Madrid. Yet, their sense of entitlement, [ ... ]
football
'Quickly Kevin' Is The 90s Football Nostalgia Podcast To Beat...
While the majority of sports podcasts scramble to fill the minutes within the disruption of the [ ... ]
football
Where Did It All Go Wrong For Phil Neville And The Lionesses?
Winning, Phil Neville recently said at the SheBelieves Cup, is what would bring England’s women [ ... ]
football
''Drop A Few Hand Grenades'' Keegan's Advice To Scholesy The...
A packed out Wembley roared like one of those indomitable Three Lions to greet England’s new messiah. [ ... ]
football
Rise Of The Couch Coach: Coronavirus Causes 119% Surge In Football...
Thousands of us are flocking to virtual reality and gaming to help fill the void of no live football, [ ... ]
football
Review: Diego Maradona - Drop Yourself Into The Great's Chaotic...
When Diego Armando Maradona arrived at Napoli in 1984 for a world-record fee, the entire city ground [ ... ]
football
Arsenal's Tough Choice - Is Donyell Malen The Ying To Aubameyang?
Arsenal’s inability to manage the contractual situations of their biggest stars has plagued them [ ... ]
football
Robbie Fowler Is Making His Mark As A Manager With Brisbane...
The curtains came down on one of the last bastions of football standing in 2020 this week. Before the [ ... ]
football
Long Live The King: Eric Will Always Be Manchester United's...
“If ever there was one player, anywhere in the world, that was made for Manchester United, it [ ... ]
football
I Was There - The Day Football Came Home To Wembley
The closest I ever got to attending the original Wembley Stadium was on its final day in operation in [ ... ]
football
'Sunderland Til I Die' Heads To The Boardroom In Netflix's Second...
The docks have been left deserted. The wealth has dried up. Wearside has become an impoverished place [ ... ]
football
How Chief Creator Silva Became New Face Of Premier League
Football has been cast into uncertainty by the coronavirus pandemic. As it stands, nobody is sure if [ ... ]
football
Lookback:Chelsea 6-0 Arsenal When Arsene's 1000th Game Went...
It was supposed to be an occasion to celebrate for Arsene Wenger, but his 1000th game in charge of Arsenal [ ... ]
football
Ronaldo, Kane, Hazard - The Winners And Losers Of Euro 2020...
So as of this week Euro 2020 became Euro 2021. Another casualty of the global Coronavirus epidemic. [ ... ]
football
Time To Act And Move The Premier League Transfer Window
When my husband had an ear infection, I used my medical knowledge to help him. I said the best thing [ ... ]
football
Southgate Shows Strong Leadership With Rallying Cry To Fans
England head coach Gareth Southgate has sent a rousing message to national team fans as football continues [ ... ]
football
Lookback:Spurs And Chelsea's Eight Goal Thriller
In the three full seasons of Jose Mourinho’s first spell as the club’s manager, Chelsea [ ... ]
football
Take Your Pick - The Premier League Season Ending Scenarios
There are far more pressing concerns than football at the moment, as Jurgen Klopp so eloquently pointed [ ... ]
football
Premier League Clubs Must Be Less Karren And More Klopp Right...
We all know a Karen, don’t we. The proverbial I need to speak to the manager type, and while most [ ... ]
football
PSG Will Never Win Big If They Continue To Be Mentality Midgets
These days, everyone is in need of a laugh, so if you’re not aware of the @NoContextHearn account [ ... ]
football
Blackpool, Video Games And Escapes - How Footballers Have Dealt...
That date of April 3 for the Premier League to resume is looking increasingly optimistic day to day.  [ ... ]
football
Here Are The Meetings That Will Shape A Pivotal Week In The...
Coronavirus has completely destroyed the sporting calendar and led to most events being either completely [ ... ]
football
Elbow Bump! Leyton Orient Are Using FIFA 20 To Bring The Football...
With almost all football suspended for the next few weeks and with boredom already creeping in, one [ ... ]
football
Premier League Hall Of Fame Event Cancelled Due To Covid-19...
The Premier League’s first two inductions into a new Hall of Fame are set to be postponed after [ ... ]
football
Sancho’s Time At Dortmund Made Him A Pioneer - Jude Bellingham...
Results haven’t shown it, and there are fair questions surrounding his tactical approach and leadership, [ ... ]
This website uses cookies
Cookies help us and our partners provide statistics. By browsing this website, you consent to the use of cookies in accordance with our Privacy Policy and Cookies Policy.
Accept & Close