Terry Venables turns 79 today. Say that name to most football fans nowadays, and they will get teary-eyed and start humming ‘Football’s Coming Home’. Venables coached England at that international tournament-turned-cultural behemoth, the frontman for the national side at an event that has never truly left the national consciousness. Supporters of a slightly older vintage might wax lyrical about his FA Cup success with Tottenham Hotspur. You might also hear the nickname ‘El Tel’ mentioned. But you might not be aware where he got it. The answer to that is the Nou Camp.

Venables took over at Barcelona during a precarious time in their history. Having just taken Queens Park Rangers to fifth in the old First Division, the former Chelsea player was hired to replace departing coach Cesar Menotti. ‘El Flaco’ won the 1978 World Cup with Argentina, but could only manage success in the domestic cups with the Blaugrana. Menotti would not be the only high-profile departure as Barcelona moved into a new era.

The first issue that landed on Terry Venables’ desk in the summer of 1984 was the exit of Diego Maradona. This came as a surprise to the Dagenham man, as he recalled when speaking to the BBC in 2014. "Well as you can imagine, I was very excited to work with Diego," Venables remembered, “But on my first day I was told by the president that I had to sell him. He was broke. The best player in the world, out of money.”

Unlike when Maradona’s heir apparent, Lionel Messi, moved on last summer though, Barcelona were not out of money themselves. They attracted a world-record £6.9 million fee for their departing icon from Napoli. The small matter of what to do with their windfall, and how to replace the greatest player on the planet, was next on the agenda. The board wanted to bring in legendary Mexican forward Hugo Sanchez. So Venables signed Steve Archibald. 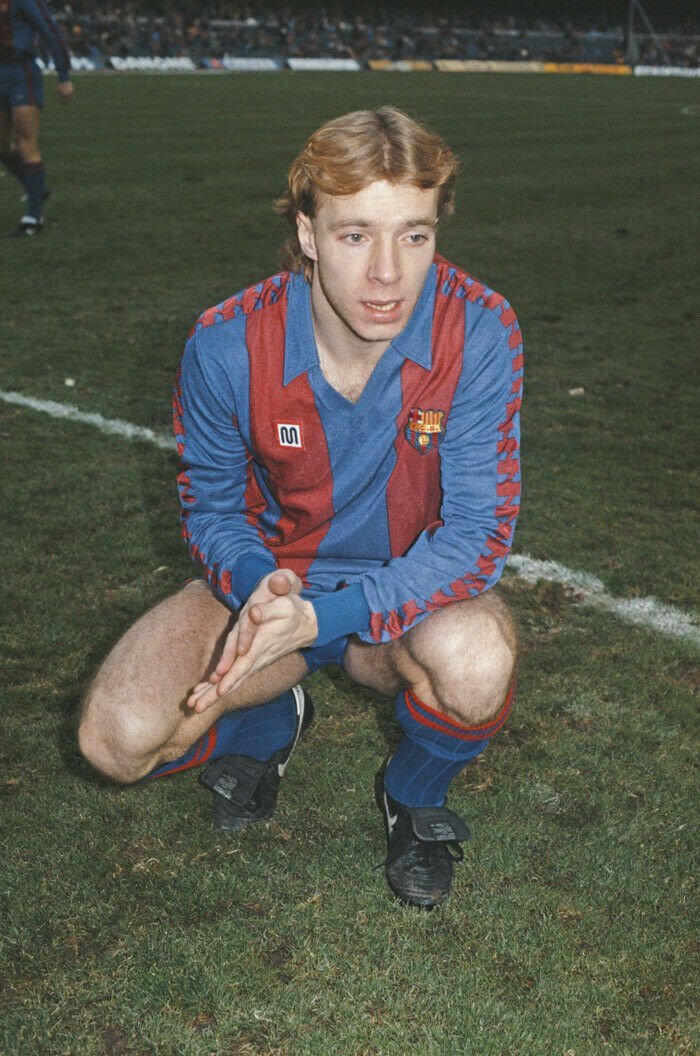 The Scotland international was not a like-for-like switch in the glamour department, but what the Tottenham Hotspur striker did bring was goals. He also brought an undaunted belief in himself, typified by the fact he voluntarily gave German midfield star Bernd Schuster his preferred number eight shirt and chose to wear Maradona’s vacated number ten. Archibald also used Maradona’s locker, cutting through the religious reverence his teammates had for Diego with some good old-fashioned Scottish practicality.

Archibald did the business on the pitch too, as Venables’ stint got off to an incredible start. The Scotsman scored one of three goals this British-flavoured Barcelona notched against Real Madrid in an opening day 3-0 victory at the Bernabeu. The tone was set, ‘El Tel’ had got Barcelona ticking.

Venables and Barcelona took Spain by storm, ending an eleven-year title drought by winning La Liga in the 1984/85 season. The principles that governed Terry’s success make for familiar reading. The former Crystal Palace manager introduced an intense, high-pressing style of play and bolstered his squad with a number of youth team players. Johan Cruyff, the visionary who would take the reins 15 months after Venables’ departure, is credited as the godfather of the modern Barcelona. But some of the key tenets of the Nou Camp culture were implemented by none other than ‘El Tel’.

The following season saw Barcelona finish second in La Liga, and win the Spanish equivalent of the League Cup. But it was their European Cup campaign that proved to be a sliding doors moment for Venables. Barcelona reached the 1986 final, and were favourites to beat Romanian champions Steaua Bucharest. The match ended goalless, and Venables could only watch as his side missed every penalty of the resulting shootout. 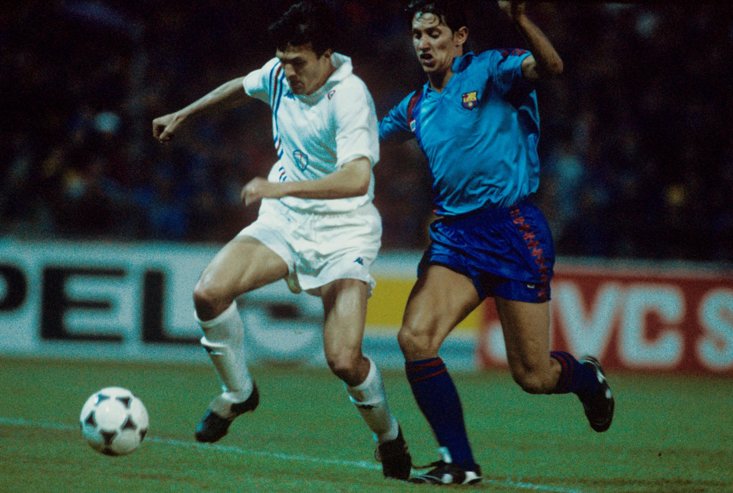 ‘El Tel’ would last for a third season, but despite the signings of Gary Lineker and Mark Hughes to bolster his attack, he could not repeat the success of his first. Barcelona were dumped out of the UEFA Cup by eventual finalists Dundee United in the quarter-finals, while ‘Sparky’ failed to ignite in the same way he had at Manchester United. Venables was sacked in September 1987, while Hughes was loaned to Bayern Munich. Lineker enjoyed a happier time in La Liga. The future Walkers Crisps mascot spent three years at the Nou Camp, netting 52 goals and lifting the European Cup Winners’ Cup.

It was not the ending he would have chosen, but ultimately Terry Venables did what he set out to do. Lifting the league title got a huge monkey off Barcelona’s back, and set the table for the coming Cruyff revolution to sweep them to success. Parts of the Venables ideology are still being used at the Catalan club today. Being an inextricable part of one of the planet’s greatest football dynasties is a pretty decent legacy. And that’s without even mentioning Euro 96…