History has been made at Wimbledon. Elena Rybakina has become the first single’s player from Kazakhstan to win a Grand Slam single’s title as she defeated the talented World No. 2 Ons Jabeur 3-6, 6-2, 6-2 in Saturday’s final on Centre Court.

The match was a fitting showpiece for the centenary celebrations of Wimbledon’s iconic centrepiece and both players played out a gripping final worthy of the occasion and the historic title that was at stake. Despite Russian players being banned from this year's tournament, a Russian-born champion has been crowned as Rybakina was born in Moscow. But this victory of course is for her and Kazakhstan.

Rybakina’s evolution during the match was something special as she struggled massively in the first set before turning up the gears with devastating performances in the second and third sets. Overcome with emotion having just achieved the extraordinary, the World No. 23 ran into the crowd to embrace her family before being presented with the Venus Rosewater Dish. For a player who had never proceeded past a quarter-final at a Grand Slam before Wimbledon, she demonstrated such confidence and skill over the past two weeks and we expect a lot more to come from her in the future.

"I was super nervous before the match, during the match and I'm happy it's finished to be honest,” Rybakina told BBC Sport.

“Really I have never felt something like this. I want to thank the crowd for the support, it was unbelievable these two weeks.

“I did not expect to be in the second week of a Grand Slam at Wimbledon. To be a winner is just amazing. I don't have the words to say how happy I am.” 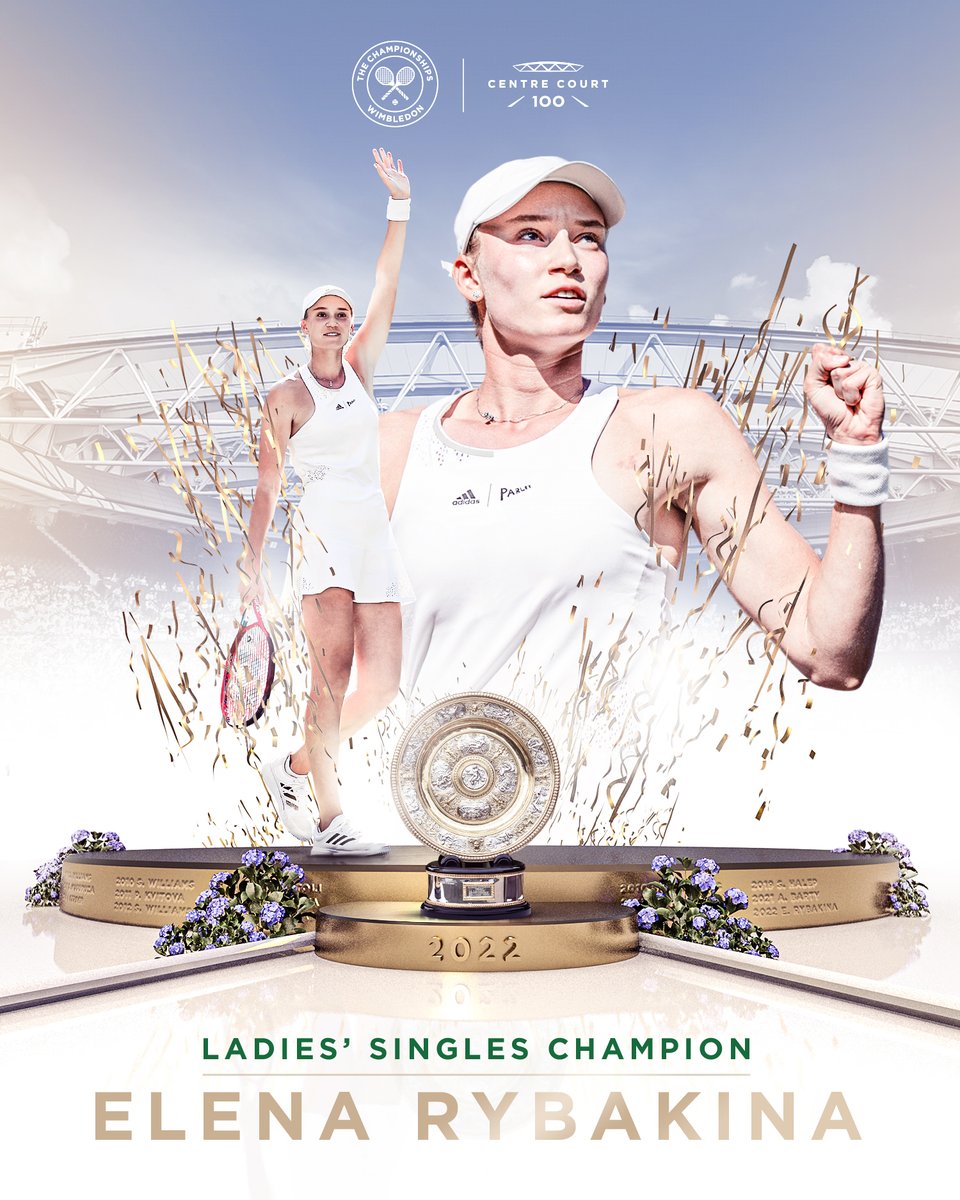 After a shaky opening in the first game of the match, Jabeur quickly and adjusted as her quality that we became so accustomed to seeing in SW19 over the last two weeks, shone through as she quickly had too much for Rybakina. The 27-year-old played some exquisite shots that her opponent simply had no response for. Where Rybakina was struggling to formulate a Plan B, Jabeur had thought ahead for Plan C.

Rybakina was able to sharpen up in the second set as she took the first two games as she herself played some magnificent shots that left Jabeur stranded. And while she lost the third game, she played some excellent point-winning shots that showed her quality in the decisive moments before going on to take the fourth.

It was a credit to the 23-year-old’s strength in character and mentality to grow into the match after she was seemingly suffocating at all Jabeur was throwing at her in the first set, but in the second she looked a completely different player. What was interesting to notice with Jabeur from the third fourth game was that her head appeared to drop when she suffered a double fault from service as she could no longer execute her devastating shots that were wreaking havoc on Rybakina in the first set.

She was commanding on Centre Court when she needed to be to take the match to the decisive third set. From that moment, it looked as though the early games in the decisive set were going to be the most important of the match as both each had a set where they completely bested the other.

The crowd were trying to lift Jabeur as she was still suffering a bit of a hangover from the second set in the early stages. She struggled to take the chances she was presented with but the crowd, along with her coach and husband, were able to give her a lift. Rybakina’s brilliant evolution in the match was summed up in the sixth game, where she rescued three break points to snatch the game away from Jabeur and spurred her on to win the historic title on Centre Court.