Football
News
Villa are reaping the rewards for their investment in recent years
Conor Keane
13:49, 06 Jun 2021

Aston Villa have announced the signing of midfield maestro Emiliano Buendia from Norwich City in a club-record deal worth £33m upfront, while the deal could rise to £38m with add-ons.

The Argentinian winger has lit up the Championship this season, having scored 15 goals and assisted 16 as Norwich were promoted as champions. Those contributions to his team earned him the Championship Player of the Year award, while last season in the Premier League, only Kevin De Bruyne, Trent Alexander-Arnold and potential future teammate Jack Grealish created more chances.

He is clearly one hell of a player, but how have Aston Villa beaten Arsenal to his signature?

This is the second summer in a row that Villa have smashed their transfer record – with this deal eclipsing the £28m they paid for Ollie Watkins last year, another player who had won Championship Player of the Year before a switch to Villa Park.

Since the takeover by Nassef Sawiris and Wes Edens in 2018, Villa have not been shy when it comes to splashing the cash. They rescued the club at a time when their overspending in the Championship and failure to gain promotion against Fulham in the 2018 play-off final was about to plunge the club into darkness under previous owner Dr Tony Xia.

Sawiris, 60, is also the CEO of Cairo-based engineering company Orascom Construction. However, his most valuable asset, apart from Villa, is having a small stake in German sportswear giant Adidas. Eden is an American businessman and the co-founder of Fortress Investment Group in New York as well as co-owning NBA side the Milwaukee Bucks.

The two owners, both worth a staggering $10 billion combined, swooped in to take on the mission of getting Villa back to their best. In their opening season, they oversaw promotion to the Premier League followed by a fortunate survival in their first season back in the top flight before flirting with a chance of European qualification last season. They have constantly backed manager Dean Smith, having poured £250 million into recruitment in the last two summers.

The capture of Buendia, having been rivaled by Arsenal for his signature, shows once again the signal of intent for these owners to get Aston Villa competing at the top of English football. The question that pops up to the news of Buendia’s signing is what happens with Jack Grealish? 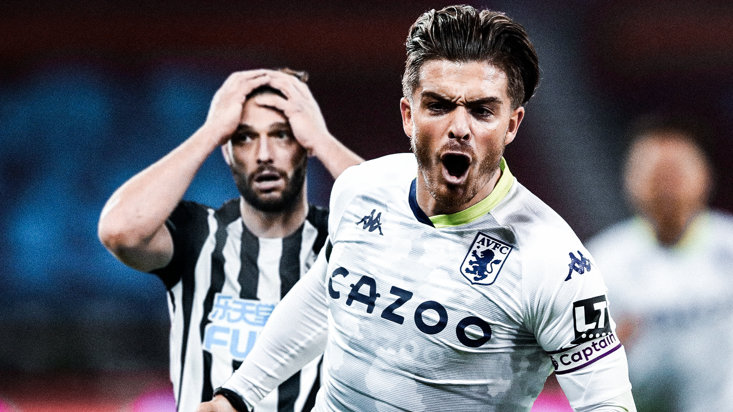 The England international has made a name for himself upon Villa’s return to the top flight having made great strides in his development in his final year in the Championship. Having missed the last few months of the season due to injury, Grealish still finished with six goals and 10 assists to his name. Also in his absence, he still managed to finish joint-third for most big chances created in the Premier League with 14 while he was the most-fouled player in the league too.

He is undoubtedly one of the strongest midfield talents in England and invaluable to Villa, who clearly struggled in their captain’s absence. He is the player who makes them tick and brings everything together – but with the pending arrival of Buendia, could this signal the end of the road for Grealish at his boyhood club?

With success, more eyes are gazed upon you and over the last two years, Grealish has received a lot of attention. He is a reported target for both Manchester City and Manchester United, with Pep Guardiola being a huge admirer of the 25-year-old.

Last September, Grealish penned a new five-year-deal at Villa Park saying: “I am delighted to make this commitment to Villa. It is my club, my home and I am very happy to be here. The owners have made it very clear to me how ambitious they are and how they want to build Aston Villa. There are exciting times ahead and I am very glad to be a part of it.”

As Euro 2020 kicks off in less than a week, should Grealish deliver outstanding performances for the Three Lions, there could be a bidding war in the summer. The tournament will also bring the eyes of clubs across the continent who may just take an interest in one of England’s most highly-rated players. If Villa were to contemplate parting with their star asset they would demand a significant fee, with some outlets reporting it would take a fee close to £100 million for Villa to sanction such a move.

However, with the impressive campaign they had last season, and with the further strengthening of the squad with Buendia’s arrival, Grealish may fancy another season in the West Midlands to see what Villa can achieve with a stronger group of players. Already, a front three of Grealish, Watkins and Buendia seems capable of competing for the Europa League at minimum. while Villa’s strengthening also bolsters their chances of competing for domestic silverware.

With this rate of progress, what reason would Grealish have to leave? Having seen what Leicester City achieved this year by lifting the FA Cup, Villa will be hoping that their squad will soon be ready to compete for silverware.