It took Watford striker Emmanuel Dennis just ten minutes to make an impact at his new side. A summer signing from Club Brugge, the striker became the fourth Nigerian player to score on his Premier League debut, when he coolly side-footed past Aston Villa keeper Emi Martinez.

We’re welcoming the new Vicarage Road hero with a look at his fellow members in an exclusive club.

Comfortable on either wing, and also able to moonlight as a centre forward, the pacey Utaka joined Portsmouth from Stades Rennes in 2007. He lands on this list by virtue of a slotted finish against a Derby side who would rack up only 11 points that season, the worst total in Premier League history.

His finest moment in Pompey colours would come when he provided the assist for countryman Nwankwo Kanu to score the winning goal in the 2008 FA Cup Final, securing the only major trophy from his spell in England. This would be the peak of the club’s fortunes however, and Portsmouth sat 18th in the Championship coming off the back of administration when Utaka joined Montpellier.

Utaka would help his new club claim the Ligue 1 title in the following season, playing in a squad that also featured future Arsenal and Chelsea striker Olivier Giroud. 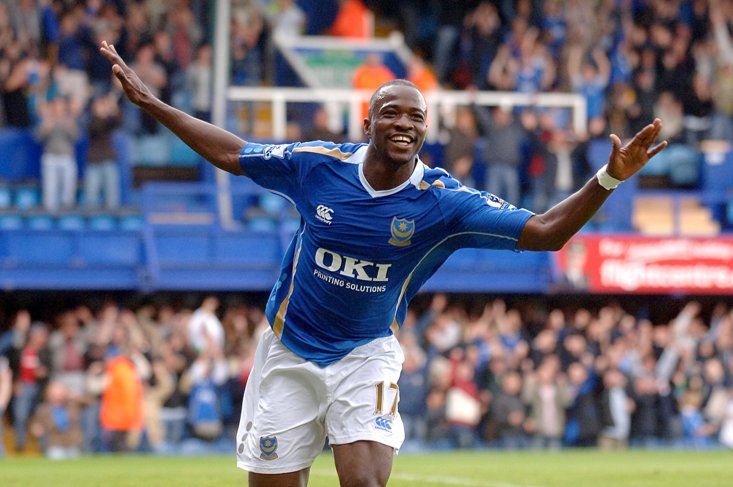 Odemwingie had only been a West Bromwich Albion player for a day when he scored the winner in a 1-0 win over Sunderland. However it would be disingenuous to say this, or any other goal, is what the forward is best remembered for.

The Nigerian sensationally drove to Loftus Road to try and force through a transfer from West Brom to QPR in 2013, only to find the deal had not been agreed and hinged on Junior Hoilett moving in the opposite direction. A deadline day folk tale, this story will be repeated alongside Harry Redknapp’s car window and Robinho thinking he’d signed for Manchester United for the rest of time.

This bizarre incident has unfairly overshadowed a thoroughly decent career that took in spells at Lille, Lokomotiv Moscow and Stoke City, as well as 63 caps for the Super Eagles.

Unlike the other players on this list, Ighalo’s Premier League debut came in his second season at the club. The former Granada striker had helped fire Watford to promotion with 20 goals in the previous season. Odion promptly picked up where he left off, netting in a 2-2 draw with Everton.

After a successful first season in the top flight, Ighalo only managed a single league goal in the following campaign, before departing for Changchun Yatai of the Chinese Super League. The former Hornet would enjoy a prolific time in China for Yatai and Shanghai Shenhua, before he returned to the Premier League in a surprising twist.

Manchester United would bring the forward in on loan, putting him in an even more exclusive club as the only Nigerian to play for the Red Devils in the Premier League. While he would not score a league goal for United, he did net 5 times in the cups, before departing Old Trafford as a mild cult hero. He now plies his trade for Al Shabab in the Saudi Pro League. 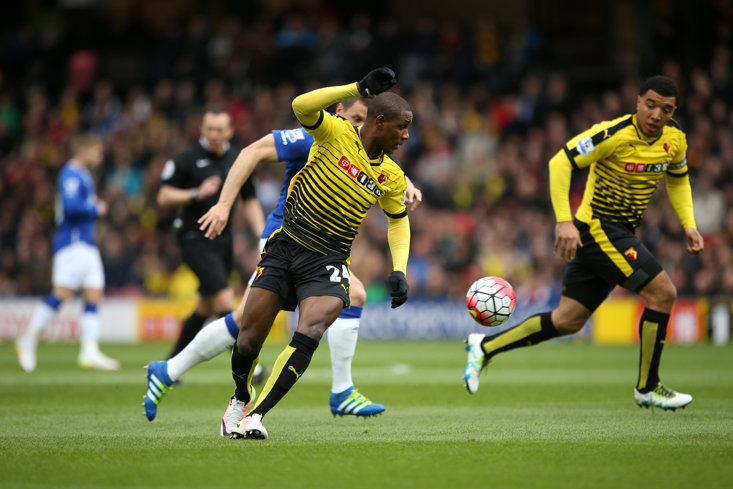 The former Brugge striker endured a difficult time on-loan at FC Koln last season, making nine appearances without scoring. Dennis has managed 37 goals in 153 career games so far. Still only 23, and after a goal and an assist in Watford’s opening day win, there could be more to come from the Nigeria international.