It’s the end of an era...Virat Kohli has stepped down as Indian Test captain after seven years in the role.

The passionate, pugnacious and petulant Kohli is a polarising figure — but, love him or loathe him, you cannot argue with the job he’s done to transform the nation’s Test fortunes.

Kohli is treated like a king in his homeland and cannot leave his house without being swamped by thousands of fans. Cricket’s like a religion in India; Kohli was passed the baton as the game’s greatest star once Sachin Tendulkar retired.

India have always dominated in their own backyard, playing on raging turning tracks. It’s one of the biggest examinations you’re ever likely to face as a visiting batter and more often than not they are left in a spin begging for the flight home and the nightmare to be over.

But under Kohli’s stewardship, they became a formidable force abroad. He cultivated a seam-bowling attack which is envied around the world.

The sole aim was to be competitive overseas. And competitive they were! Kohli oversaw the nation’s rise to No 1 in the Test rankings alongside coach Ravi Shastri. It was a match made in heaven. They secured famous series wins in Australia (twice) and England (albeit with the final game postponed until this summer).

Expressive Kohli was given free reign and employed a fitness-oriented approach as well as adopting a regular five-bowler strategy and putting the pressure on himself to perform with bat in hand.

His intensity has always been second to none — albeit getting close to and at times majorly overstepping the line. Controversy was never too far away when Kohli was in town. All eyes were on him; it was the Kohli show and he loved every single minute of it. 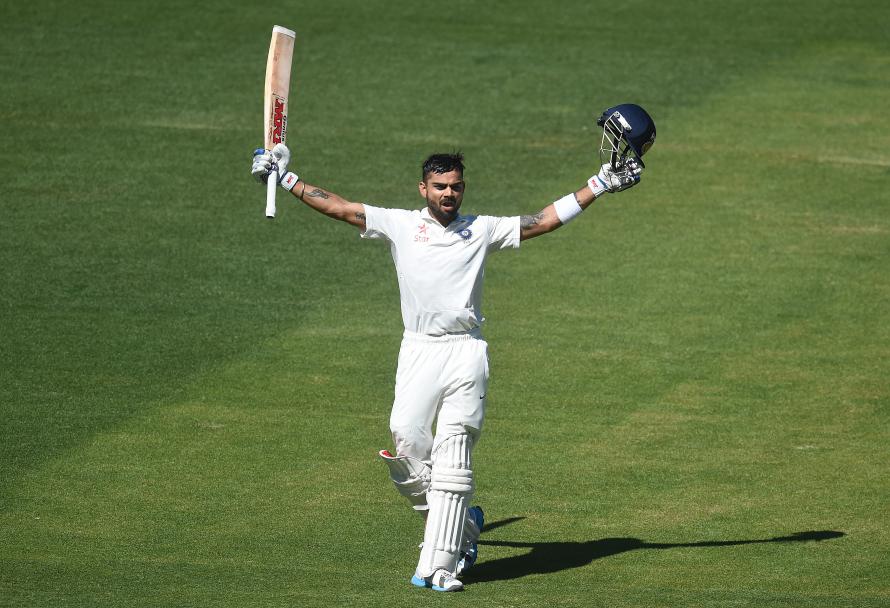 Kohli could do no wrong, but in the past year he started to crack and the halo started to fade. India’s poor World Cup showing in England in 2019, Kohli’s distinct lack of form saw journalists turn on the country’s favourite son. He became snappy in press conferences and things turned sour with the Board of Cricket Control in India.

The 33-year-old shocked the world when he resigned from the T20 captaincy shortly before the World Cup. He was then stripped of the ODI job at the start of December, with a war of words ensuing over what really happened in a private meeting.

India were big favourites to win in South Africa, but they were stunned 2-1 after the Proteas produced two fine gritty run chases as they recovered from 1-0 down to snatch a dramatic series.

Just a day later Kohli resigned. It epitomised Kohli's tenure that his stint as captain came after controversy on the field. Kohli’s India were fuming when an lbw review was overturned with host broadcaster pictures showing Ravi Ashwin’s delivery to be going over the stumps. The skipper was seething and voiced his displeasure into the stump microphone.

Kohli’s resignation statement read: “It’s been seven years of hard work, toil and relentless perseverance everyday to take the team in the right direction. I’ve done the job with absolute honesty and left nothing out there.

“Everything has to come to a halt at some stage and for me as Test captain of India, it’s now. There have been lots of ups and downs along the journey, but never has there been a lack of effort or lack of belief.

“I have always believed in giving my 120 per cent in everything I do, and if I can’t do that, I know it’s not the right thing to do. I have absolute clarity in my heart and I cannot be dishonest in my team.” 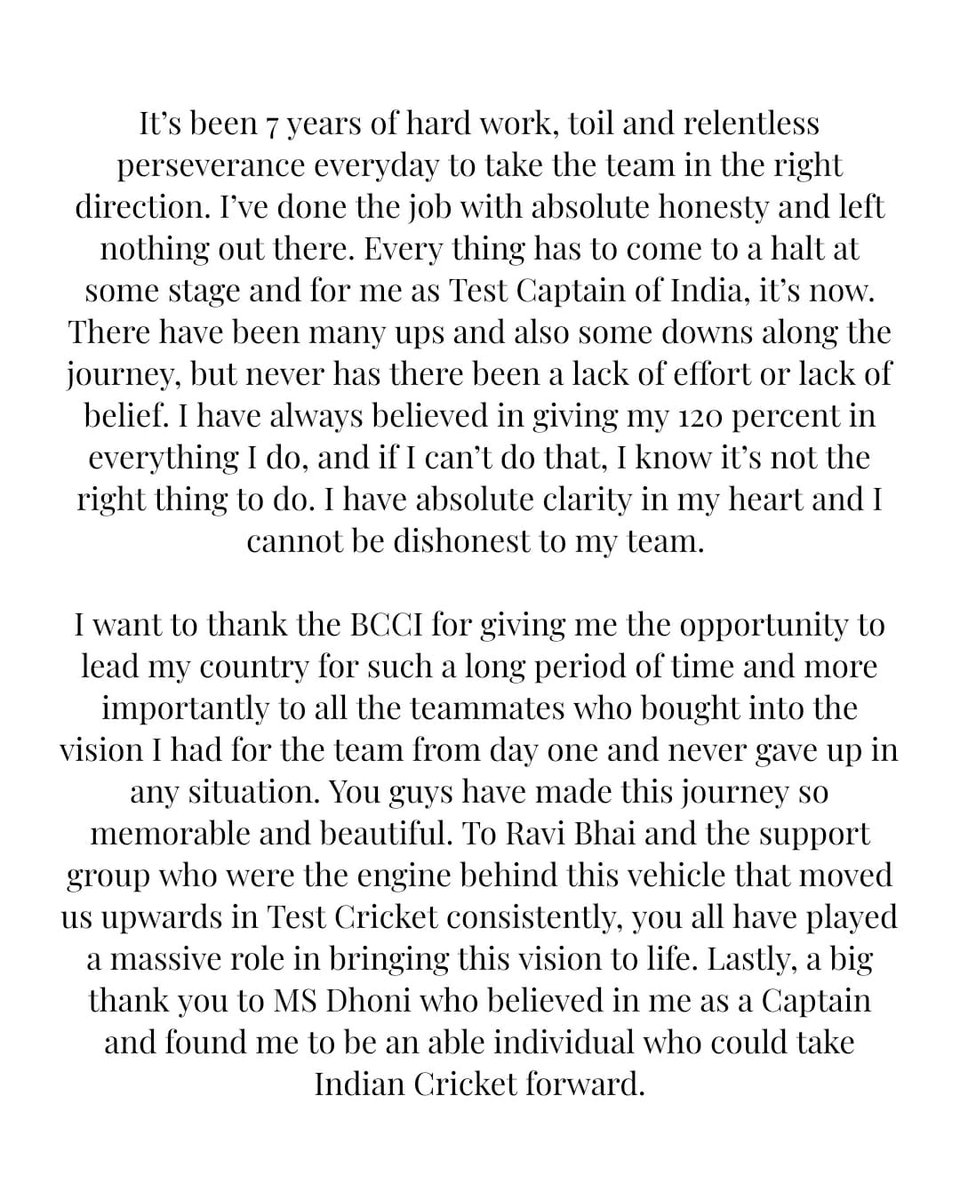 The lasting memory of Kohli’s reign shouldn’t be him crouched over the stumps voicing his displeasure at an on-field call. He will undoubtedly go down as India’s greatest ever captain.

He took the job full time in 2015 after MS Dhoni stepped down. Kohli won an impressive 40 of the 68 Test matches he captained, with 17 losses and 11 draws. Most impressively is the fact 16 of his 40 wins came away from home, a fantastic feat in anyone’s book.

Kohli is one of the best captains in the modern era. You might not agree with his style, or antics on the field, but you cannot argue with the results. His winning percentage of 58.82 is only behind Australian trio: Don Bradman, Steve Waugh and Ricky Ponting on the all-time list. Some esteemed company indeed.

As much as Kohli portrayed an ice-cool figure underneath his sunglasses, the competitive switch could flick and his ego would ultimately orchestrate his own downfall.

When the dust settles, cricket fans around the world will remember a tenure full of highs and lows, but one which saw India become world-beaters. The foundations have been set for them to dominate for years to come. It’s a blueprint other countries can learn from.

The question now is who: will take over the most exhausting job in cricket? India demand a lot from their national side and the weight of 1.39 billion people on your shoulders is no mean feat. Only time will tell.

With runs a rare commodity in recent times, has the aura surrounding Kohli the batter disappeared? How will he fare without the shackles of the captaincy and the behind-the-scenes politics which no doubt go with leading the biggest team in the game wearing him down?

Kohli has failed to make a Test hundred since November 2019, an uncharacteristic slump in form. He is hungry to return to the peak of his powers and rejoin the pantheon of modern-day greats of the game.

Whatever happens between now and the end of his career, it will no doubt be entertaining viewing.