Cricket
News
After some promising moments, England slump to a 10th defeat in 11 away to Australia.
Shane MacDermott
11:47, 11 Dec 2021

Hope. They say it’s the hope that kills you. And that’s exactly how England fans felt after they were crushed by nine wickets on the fourth day of the first Test of the Ashes at the Gabba.

Dawid Malan and Joe Root’s unbeaten defiant 159-run partnership sparked optimism and invoked memories of the famous 2010/11 Ashes triumph down under overnight. But the result was a more familiar one as Chris Silverwood’s side slumped to their 10th Test defeat in 11 away from home to their oldest rivals.

England’s game plan was simple - they had to bat the whole of the penultimate day. They had to get to the second new ball, and hopefully deep into the first session, unscathed to stand any chance of avoiding defeat and dare we say it… an unlikely victory.

Malan and Root laid the foundations for a match-defining partnership and deserved to get to three figures. But they were shot out in quick succession as Australia sensed blood and another early Ashes lead.

Australia’s refreshed bowling unit were on song once again as England architected their own downfall. They were blown away as three wickets fell within the opening half an hour of play and that was the game done barring a minor miracle.

Left-handed Malan was outfoxed by Nathan Lyon as the Aussie off-spinner finally claimed his 400th Test wicket - the third player who’s donned the Baggy Green to reach the feat after Shane Warne and Glenn McGrath. Lyon employed a catching bat-pad on the off side, forcing Malan out of his comfort zone against the finger spinner.

Malan looped a catch to Marnus Labuschagne under the lid to end Lyon’s painful 309-ball wait for the memorable scalp. It was way back in January when Lyon last took a wicket and like a London bus two came along at once as the extra bounce at the Gabba accounted for Ollie Pope just 11 balls later.

In between those two dismissals skipper Joe Root was also sent back to the pavilion. His wait for an Ashes hundred on Aussie soil goes on after Cameron Green found a hint of swing with the old ball as Root feathered one to the welcoming Alex Carey.

With England’s set batsmen gone the new ball was duly taken with the Aussie quicks like a pack of wolves circling their injured prey. Captain Pat Cummins squared up Ben Stokes and when Jos Buttler nicked off away from his body there were fears England, who still trailed by 10 runs, wouldn’t even force Justin Langer’s side to bat again. 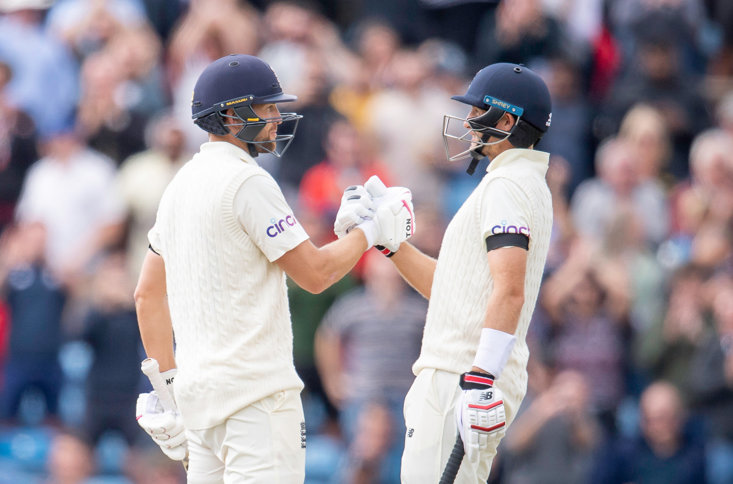 The best spell for England on another day to forget was when the host broadcaster's pictures went down for 15 minutes. It gifted supporters laying on their sofa some much-needed respite from the horror show unfolding on their screens. Fans on social media joked “if a wicket falls and we didn’t see it, did it really happen?”.

As it transpired, the hosts were set a paltry 20 to win. David Warner, who rode his luck during his first-innings 94, didn’t bat as he struggled with sore ribs from being hit in the first dig. Ollie Robinson picked up a consolation wicket when he had Carey caught behind.

Everything that could go wrong, did go wrong for the visitors at one stage or another during the opening salvo on the series. It could all have been so different had they decided to bowl in favourable conditions on the first day when they were shot out for 147 - but memories of Nasser Hussain’s infamous decision in 2002 are never far from the mind. They conceded a huge 278-run first-innings deficit as blistering blue skies allowed Australia to flay England’s tired bowlers to all parts on days two and three.

England may have extended their dismal record of not winning a Test at the ‘Gabbatoir’ to 35 years, but there is hope heading to Adelaide for the second Test under lights. Swing king James Anderson and old mucker Stuart Broad were rested with next week’s game in mind. It could prove a fruitful decision if Silverwood’s charges head to the MCG for the Boxing Day Test all square.

Malan and Root may have fallen short of three figures, but they have shown the rest of the visiting top order that you can make runs against this great Australian attack if you remain patient and wear them down.

The fifth Test was originally due to take place in Perth. But it was announced it will now be held in Hobart. If they can get to Tasmania level they will have another day-night Test, which suits England’s seam attack, to complete a famous Ashes series win down under.

But there are lots of ifs and buts before that. Cummins, who claimed 5/38 in the first innings, has enjoyed the perfect start to life as captain. It’s 1-0 Australia and he will be dreaming to forge his name in Australian Ashes folklore and send the Poms packing with another 5-0 whitewash under their belt come January.