England will face Northern Ireland in Group A of the Women's Euro 2022 finals after the British rivals were paired in Thursday's draw in Manchester.

The Lionesses and Kenny Shiels' side will also meet Norway and Austria, with the latter being England's opponents in the opening match of the tournament at Old Trafford on Wednesday, July 6.

Sarina Wiegman's outfit are among the favourites thanks to their home advantage as well as their recent runs to the semi-finals of the Women's World Cups of 2015 and 2019, and they will look to get off to a flyer when they meet Irene Fuhrmann's Austria on opening night. They will then entertain Norway at Brighton & Hove Albion's Amex Stadium on Monday, July 11 before rounding out the group with the Battle of Britain against Northern Ireland at St Mary's Stadium in Southampton on Friday, July 15.

Northern Ireland start their campaign against Norway on Thursday, July 7 before meeting Austria on July 11, with all of the Green and White Army's games taking place at St Mary's. 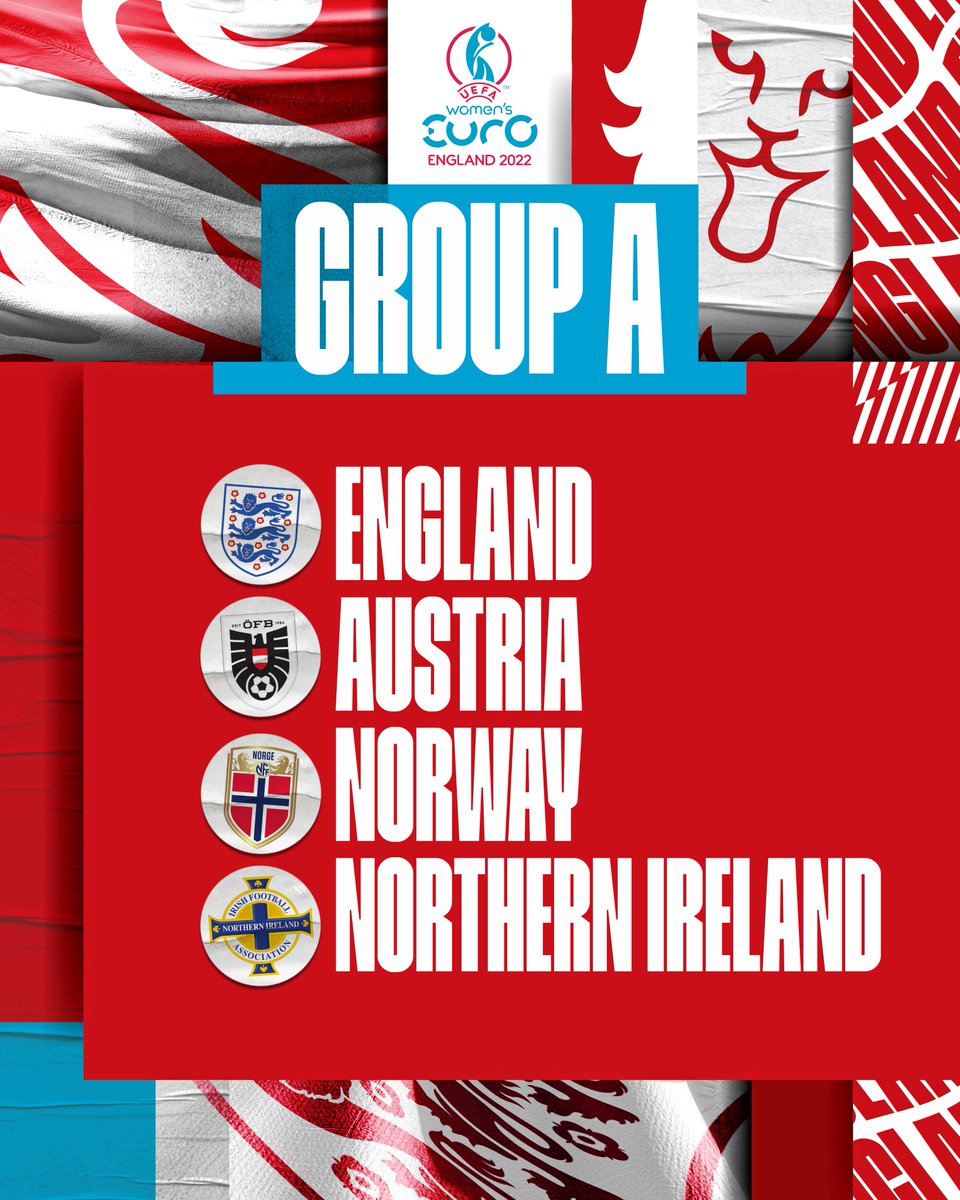 The final will be played at Wembley on Sunday, July 31.