Rugby
News
It will be the first time that the Red Rose have ever played in Newcastle
Ross Heppenstall
14:09, 05 Sep 2019

With England's World Cup opener against Tonga just over a fortnight away, Eddie Jones has picked a mix-and-match side for Friday's final warm-up game against Italy.

The Red Rose head coach is eager for his side to maintain their winning momentum after destroying Ireland 57-15 at Twickenham in their previous outing on August 24.

Yet Harlequins centre Joe Marchant will start against Italy despite not being part of England's 31-man World Cup squad for Japan.

Marchant will play alongside Northampton's Piers Francis in the midfield, while Bath's Ruaridh McConnochie will finally make his debut on the wing and joins Leicester's Jonny May and Bath's Anthony Watson in the back three.

Saracens star Billy Vunipola makes his fourth start of the campaign at number eight, captain Owen Farrell starts at fly-half for the first time in the warm-up schedule and Watson plays at full-back for the first time since March 2018.

England are playing at Newcastle United's St James' Park on Friday night. That alone has a ring to it.

“We are excited to be playing in Newcastle,” said Jones.

We are playing at an iconic football ground and we know the area is an important one for rugby in the northern part of England.

“We are looking forward to seeing and playing in front of the fans.”

The famous stadium, a footballing cathedral right in the heart of the city, has grown accustomed to hosting big rugby events in recent years.

Newcastle Falcons have staged a 'home' Premiership fixture there in each of the past two seasons, attracting crowds four times bigger than their usual gates across the city at Kingston Park.

St James’ Park attracted a combined attendance of 80,368 for the two European finals on May 10-11, delivering a boost to the city’s economy of £24.6m including £16m worth of direct expenditure. 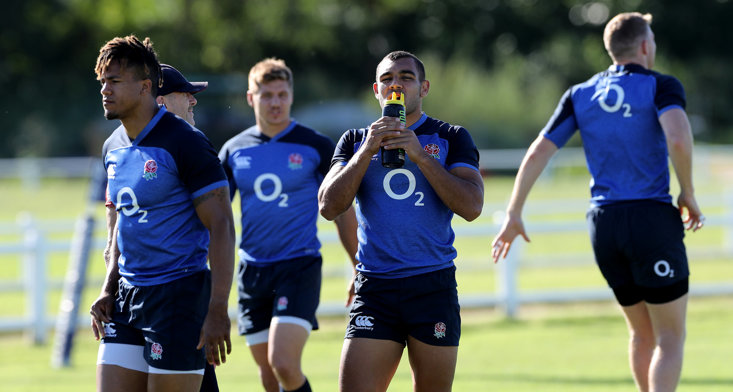 The fact that Newcastle Falcons were relegated from the Premiership last season has put a dampener on the 15-man code in the north of England.

From next season, the furthest north top-flight team will be Sale Sharks, but a huge crowd for England's match against Italy should warm the hearts of northern rugby union lovers on Friday night.

It will be the first time that the Red Rose have ever played in Newcastle and a comfortable England victory is expected.

“For us, the game is another important step to develop our game fitness and game strategy,” added Jones, whose side have been training in Treviso in Italy ahead of Friday's game.

We have gone with a mix and match selection policy to develop our adaptability and the team’s ability to cope with any situation.

“We have had a solid training week in Treviso with hot conditions so we are looking forward to testing ourselves against Italy on Friday night. Then we hop on the plane and are ready to go to Japan.”

England flanker Mark Wilson, whose outstanding form for Newcastle last season earned him inclusion in Jones' World Cup squad, will spend the coming campaign away from the Falcons and on a season-long loan at Sale Sharks.

The Cumbrian, who crucially should return to Newcastle in the 2020-21 campaign, by which time they are expected to have won promotion back to the Premiership, is guaranteed a warm reception from the north-east public on Friday night.