As Gareth Southgate watched on from the Goodison Park stands, the England players on show put on a blinder in one of most exciting games of the season. Chances were plentiful at both ends as Southgate’s forward options Ollie Watkins and Dominic Calvert-Lewin both got themselves on the scoresheet to strengthen their chances of making the 26-man Euro 2020 squad.

Watkins was absolutely superb for the entire game, stretching the Everton defence as Villa secured an impressive 2-1 away win, even though Jordan Pickford played a blinder in the Everton goal. The visitors looked bright throughout the first half, even without their creative captain Jack Grealish. And it was the visitors who deservedly took the lead to add to Everton’s Goodison Park woes as Mason Holgate was caught out on the ball by an active Watkins, who slid the ball past Jordan Pickford.

Just minutes later however Carlo Ancelotti’s side were on level terms as Dominic Calvert-Lewin got his 14th of the season after heading home Lucas Digne’s corner. Chances flowed at either end in one of the most enthralling games of the season and Everton had Pickford to thank for keeping them in the game.

With Southgate watching on and much debate about the England number one spot, he continued his remarkable form since the turn of the year. First he denied Bertrand Traore’s clever chip and then he somehow kept out Watkins' improvised effort from six yards out before Anwar El-Ghazi hit the bar. Villa would hit the woodwork again in the first 45 as Ross Barkley’s long range effort came back out off the post while Richarlison was denied by some last-ditch defending as the scores somehow stayed level.

Pickford’s footwork was good throughout, while he also commanded his box to assert himself as the best option for England this summer, and that is without mentioning his previous heroics for the Three Lions. However, he could do absolutely nothing about Villa’s winner which came after some quick passing left El-Ghazi with a chance on the edge of the box. The Dutchman quickly shifted the ball onto his right foot and bent the ball into the top corner to win the game for the visitors. 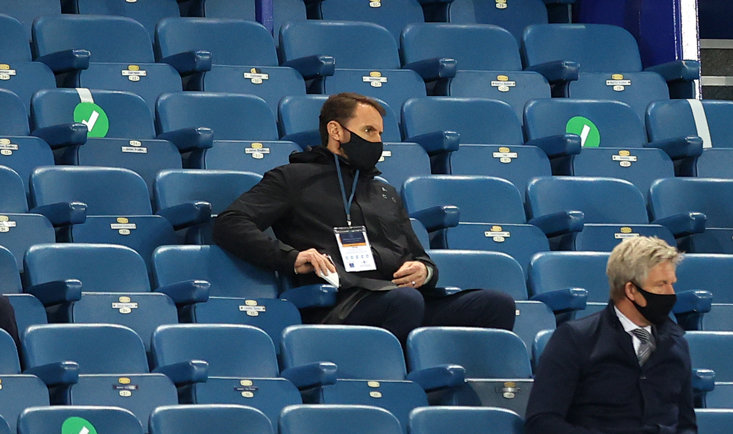 The Toffees seem to be missing their home fans more than most. They now have the 15th worst home record in the division having won just five at home all season, while away from home they have won double that amount, putting them fourth on the road.

Southgate will have watched this game with a smile on his face. Harry Kane may be his main man, but he has players in great goalscoring form pushing him all the way. Ben Godfrey is another promising central defensive option but Tyrone Mings and Ezri Konsa put their bodies on the line to keep Richarlison out on several occasions. Matty Cash put in some brilliant deliveries from the right while Barkley posed a threat throughout for Dean Smith’s side.