England beat Andorra 4-0 at Wembley on Sunday with 11 changes made by Gareth Southgate to the side that thumped Hungary. It ended up, predictably, as another one of those classic international qualifiers that makes you wonder exactly what the point of the exercise is.

The Three Lions play a World Cup preliminary game against a side that should be light work, so the starting XI is freshened up to rest key players and replaced by a team that will never see a tournament finals game as a group. It has little benefit to Southgate or the squad.

There were a few positives from the game. Jude Bellingham showcased his talent in midfield with some exquisite skill and movement. He also showed his maturity in forever demanding the ball. On his 28th birthday, Patrick Bamford got his long-awaited England debut, which was also good to see.

The game itself was a rather dull affair, a huge comedown at Wembley in England’s first game back at the national stadium since the Euro 2020 final. Southgate put out a second team and Andorra played their first team, yet the visitors were still never going to get anything from the evening. Of course, that is to be expected, but it provides another argument for the case of a Nations League format to be introduced to qualifying in all tournaments. Such a move would benefit everyone, as you would have the top sides going head-to-head with each other and you would still see them qualify for the major tournaments, but it would also allow the teams that do not make the initial cut to battle it out with the lesser lights in the lower pots to ensure that each fixture is meaningful. 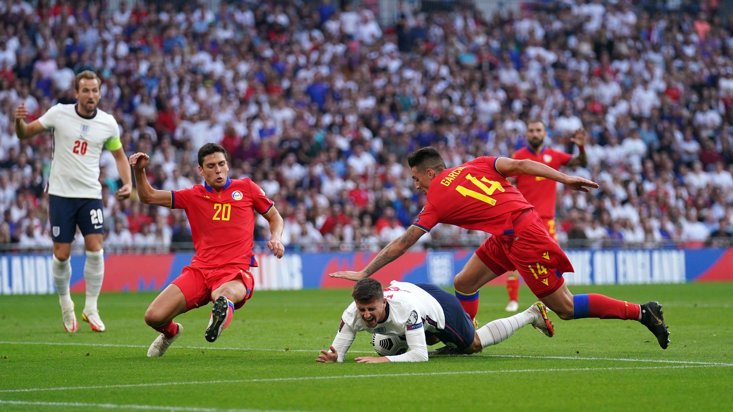 For context, England have played Andorra on five occasions now and have won all five. The overall aggregate score is 20-0, which just shows the need to provide the lesser nations a chance to qualify for tournaments rather than promote a system which ensure regular shellackings. A Nations League-style format could be the strongest opportunity for the likes of Andorra and Liechtenstein to learn something new.

The Three Lions may have scored four goals on Sunday, but it was hardly a thrilling game. For the large part of the evening the crowd’s entertainment was the forming and throwing of paper aeroplanes, which perfectly sums up these particular international fixtures. By changing the format, it will hopefully put a stop to these half-hearted games which offer nothing to either side.

Like Bamford, Bukayo Saka was celebrating a birthday. The attacker had the first clear-cut chance of the game after Bellingham pulled the ball back, but the Arsenal man’s effort took a deflection to take it away from goal. That chance sparked England into life and they opened the scoring moments later through Jesse Lingard, who guided the ball into the bottom corner following a ball into the box from Saka.

The Manchester United midfielder had the ball in the back of the net again soon after from a delicate chip over goalkeeper Josep Gomes, but it was ruled out for offside. Conor Coady could have got his name on the scoresheet in the first half with an acrobatic effort, but a mishit forced the ball over the crossbar.

After switching roles with the more advanced Trent Alexander-Arnold in the second half, Reece James hit a thunderbolt that rattled off the crossbar as England came close to doubling their lead, but it fell to substitute Harry Kane to grab the second from the spot after Mason Mount was felled in the area. Further late goals from Lingard and Saka wrapped the game up, but there will be few people in attendance who will remember too much about the experience.

Is it time to stop exposing lesser nations to regular hidings? England could do with a more competitive experience, that’s for sure.