Rugby League
News
The Wigan Warriors man has been picked to represent Great Britain before...
Lewis Smith
16:16, 01 May 2021

Few things are guaranteed in Rugby League, this sport has a wonderful way of throwing up brand new moments and talking points that get tongues wagging and keyboards tweeting each season. One thing that does seem to have become a constant though in recent years, is the debate about international eligibility.

Under current rules, having a grandparent from a different country than that of your birth, makes you eligible to represent that nation on the international stage, providing you have not made your debut for another country in the same tier (Countries are broken down into tiers, depending on their ranking by the International governing body, the IRL).

This has meant that over the years, numerous players have gone on to represent countries that they were not born and raised in on the big stage. To say that opinion has been split on this issue would be putting it lightly. Whilst it has become a more commonly seen and accepted practice in the Southern Hemisphere, it is still a touchy subject amongst English Rugby League fans.

Whilst there is an obvious appetite for International success, there are those who believe that England caps should be reserved for those who have grown up dreaming of representing the country, have always identified as ‘English’, and not those who are just able to take advantage of the current rules to play on the international stage.

This debate has been thrown into sharp relief again by the performances of Wigan Warriors Halfback Jackson Hastings, who is eligible to represent England, but as of yet has not been picked in Shaun Wane’s elite performance squads.

A Man of Steel winner in 2019 with Salford, Hastings was picked to represent Great Britain* by previous coach Wayne Bennett, but his predecessor Wane appears to be taking a more reluctant approach to picking heritage players. 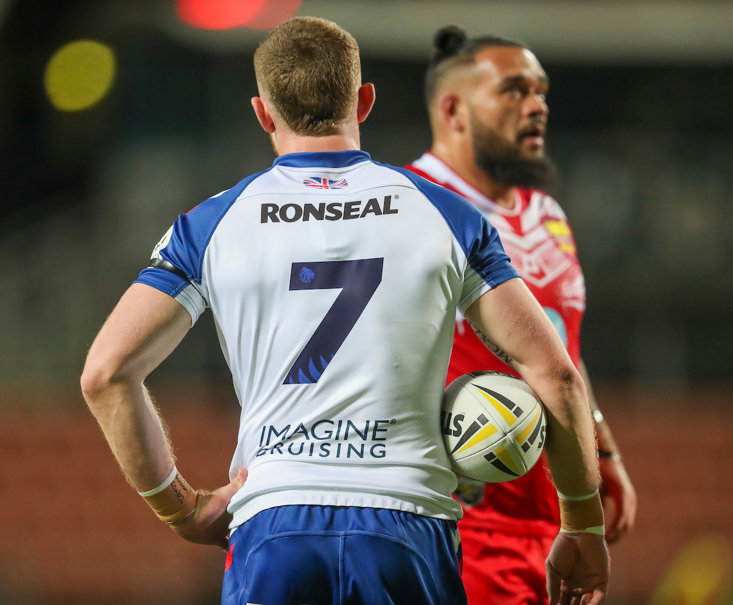 My problem with this discussion is how binary the debate has become. People seem to be split into two camps. There are those who want to see England win the World Cup at all costs, and those who only want to see bona fide 'Englishmen' represent their country.  The answer, as is the case more often than not, can be found somewhere in the rational middle.

You don’t have to be born in England to feel English. Mikołaj Olędzki, Dan Sarginson and Kruise Leeming were all born overseas, before moving to immigrating and growing up in England; all three are in Wane’s elite performance squad.

Wane’s job is to win England the World Cup, and to that end he should pick the players at his disposal that are best equipped to do that; but that doesn’t mean he should select players on talent alone.

Ultimately, he needs to know that in the last 10 minutes of a World Cup final, he will have 13 players on the field who will run their blood to water for their country; 13 players who will find an extra one or two percent because winning the World Cup for England would be mean more to them than anything else in their career.

If the likes of Jackson Hastings, or Sydney Roosters forward Victor Radley, who qualifies through his Dad, can prove to Shaun Wane that they are one of those players, then the only question that should remain is are they the best player available in their position? It’s a brave man who says Hastings isn’t…

The thing is, there are a load of different reasons for someone wanting to represent a country, beyond being born or growing up there. You’d have to ask Jackson what his are.

If it is just an opportunity to pick up an international cap and play at a World Cup, then Shaun Wane is right to look elsewhere, but if representing his Grandparents, or the chance to win a world cup for the country that helped him resurrect his career and re-establish him in the game gives him the same motivation to play for England as a kid born in Leeds or Wigan, then he should be able to earn his right to do that.

This debate will rage on until Shaun Wane announces his World Cup squad and beyond, and I don’t envy the England boss for the decisions he has to make, but what I would say is this;

If Jackson Hastings scores the try that wins England the World Cup, will it feel any less special to the supporters than if it was someone else?

Instinct tells me not.

*Great Britain are not recognised as an international federation and so Hastings would still be able to play for Australia in the future.