Head coach Shaun Wane has revealed he is “close” to knowing his team for England’s opening game against Samoa after announcing his 24-man World Cup squad.

Despite a string of injury withdrawals and a couple of retirements, Wane tells The Sportsman he is happy with the squad he has selected, having always maintained that his final roster would comprise players he believes are capable of competing in and winning a World Cup final.

“I’m honestly comfortable with my 24 and the external players that are training with us. My squad are proud Englishmen who are keen to compete for everything,” he says.

“I’m close to knowing my Samoa team. There are a couple of niggling doubts so we need to look after the players, especially the Super League ones. The Fiji friendly next week will help us.”

Wane is a passionate and very loyal leader, and again trusts his old mate from Wigan, Sam Tomkins, to captain the side, and former Warriors hooker Michael McIlorum trusted with the crucial role at number nine.
Wane always insisted he would select on form at the end of the season, hence the recognition for Salford’s Ackers, who seizes the chance afforded by James Roby’s international retirement, thanks to a sensational end to the season in the Red Devils’ run to the playoff semi-finals.

“I like his vision and how he gets out and plays square,” says Wane. “His skill, accuracy of pass, he is tough, and he is a Wiganer so defends tight.”

Sneyd also benefits from his role in a successful club side, as well as the injury withdrawal of St Helens’ Grand Final Man of the Match Jonny Lomax. It leaves Sneyd, Young Player of the Year Jack Welsby and another of Wane’s long-trusted players, George Williams, competing for two spots in the halves.

“Sneyd has the best kicking game in the competition,” Wane adds. “He can make a bad yardage set into a good yardage set. He plays straight and has his eyes up, he is a smart operator and knows how to win games.

“Welsby is a centre, full-back or half, he is just a good, natural rugby player.” 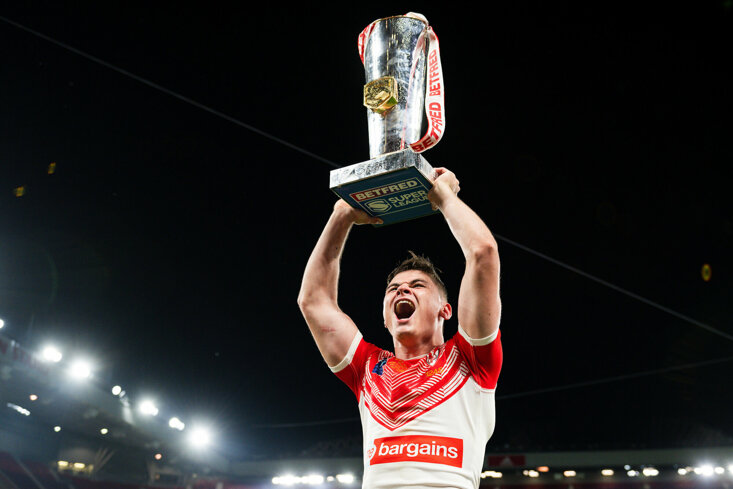 Wane confirmed that Saints star Welsby will get his chance to impress by starting for England in their only warm-up game against Fiji next Friday night at the AJ Bell Stadium. Captain Sam Tomkins believes Welsby is the player England need to build their future around. Such is his versatility Tomkins describes Welsby as “probably St Helens’ best centre, winger, full-back and half.”

Wane also confirmed that he considers Kallum Watkins a centre despite his stunning form at second row for Salford in what has proven to be a season of resurgence for the former Leeds Rhinos man.

But for all the positivity and chest thumping, Wane will be deflated by the number of front-line players he has lost.

Both Lomax and Mark Percival were guaranteed starters until St Helens confirmed their withdrawal this week. Their team-mate Alex Walmsley, the top prop forward in Super League, would have been the leader of the pack. His injury allows veteran Chris Hill to make a remarkable return for his country after an impressive season at Huddersfield Giants showcased the skills that Wane could not ignore.

“The way he carries the ball, the metres after contact, the way he has acquitted himself since going to Huddersfield, he showed me and verbalised to me that England means everything to him.”

Young Leeds centre Harry Newman would have started too, as would Wigan’s Liam Farrell. But Wane is keen to focus on the array of talent at his disposal, rather than the injured riches forced to watch the tournament on TV.

He is especially excited by his NRL contingent, including Herbie Farnworth on his return from injury, winger Dom Young, and enforcer Victor Radley. 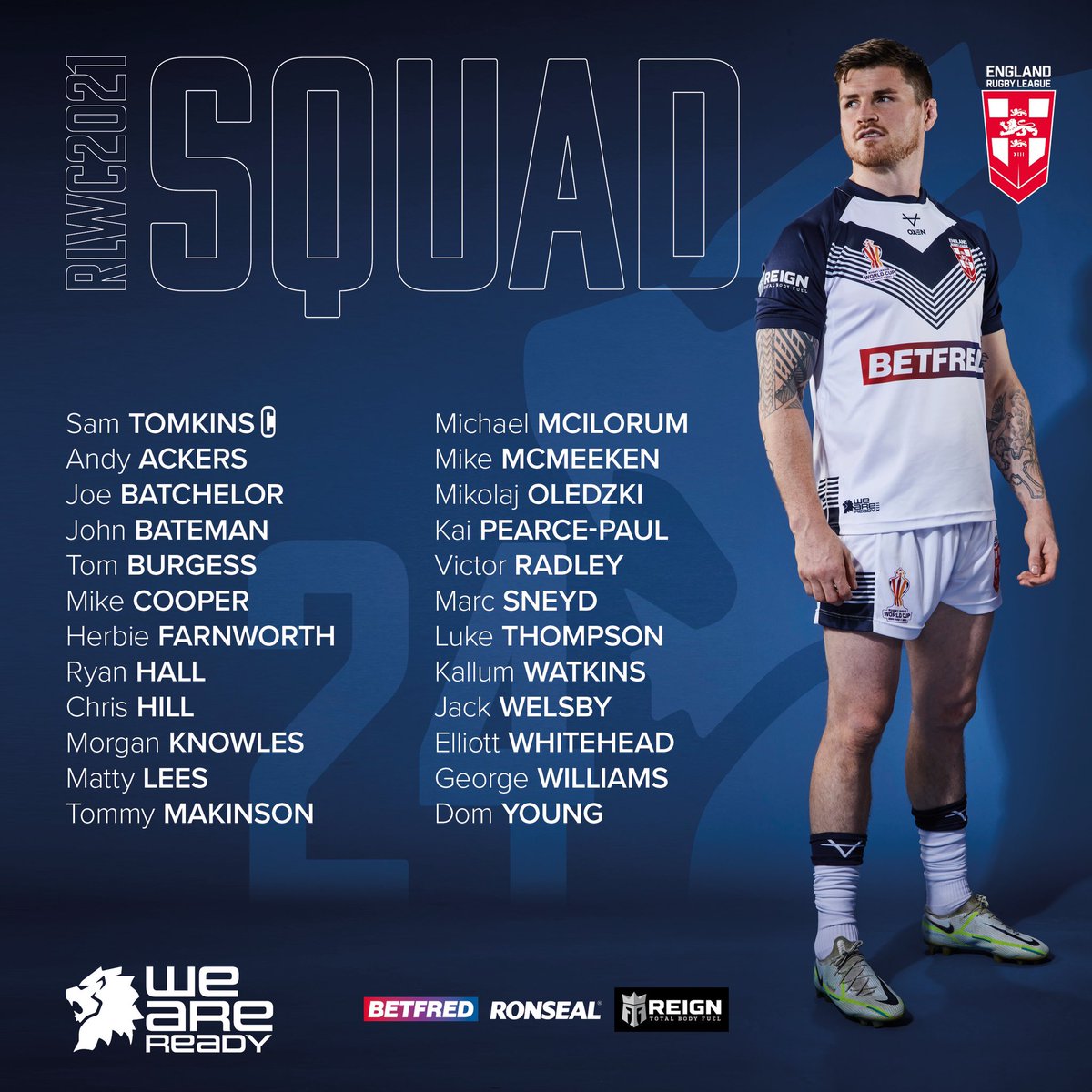 “Victor is very committed. He was very emotional when he rang me to put his name forward. He is very proud and it a tough competitor. He can play. And he suits the way we want to play.

“Herbie and Dom Young are fantastic athletes. Dom is very keen and has fitted in well to training this week. I was really impressed with Herbie’s desire to play for England. His injury was upper body so he can run and is fit. He has been working really hard and I’m more than confident, no concerns at all.”

The average age of Wane’s squad is 28, which he calls the perfect age to balance experience and youth. England’s credentials will be given the sternest possible test in their opening game against Samoa at St James’ Park, but Wane is bullish that his side can both come through that and the subsequent challenges on the road to glory.

“Samoa have nine men playing this weekend in the NRL Grand Final. They are a very good team but we are as well. They are big and tough so that game at Newcastle will be full-on.

“You have to hit form straight away and we have 24 blokes who are desperate to play for England and that goes a long way.

“I believe this squad can win the World Cup.”