England have fallen at the semi-final stage of the last three major tournaments, but this time and this team, is different. Under Saina Wiegman, the Lionesses have become a ruthless winning machine, unwilling to compromise on their playing style. No matter who the opposition are, England feel like favourites.

Lauren Hemp’s whipped ball across just missed Ellen White but Lucy Bronze picked up the ball on the right and found Mead in the centre. She took a perfect touch, swivelled, and bagged her sixth of the tournament with a powerful right-footed finish.

The City of Steel rose as one to celebrate the Arsenal forward who has truly made this tournament her own. The focus was on Ellen White ahead of the tournament but in the midst of England’s attacking brilliance, Mead has flourished as the key contributor in front of goal. That was her sixth of the tournament and took her two clear of Germany’s Alexandra Popp - which means the Golden Boot should be hers.

In key moments, England produced in front of goal and Sweden didn’t. Mary Earps made several key saves, one after just 20 seconds, while the visitors also hit the bar in the firs half with a close range header. But once Mead had put England in front, there was no looking back.

The second half began and with Wiegman’s words ringing in her ears, Lucy Bronze headed home from a corner to double the Lionesses’ lead. She perhaps hasn’t quite had the attacking threat many expected of her in this tournament, but tonight, she bagged the crucial second which saw the Swedes retreat into their shell. 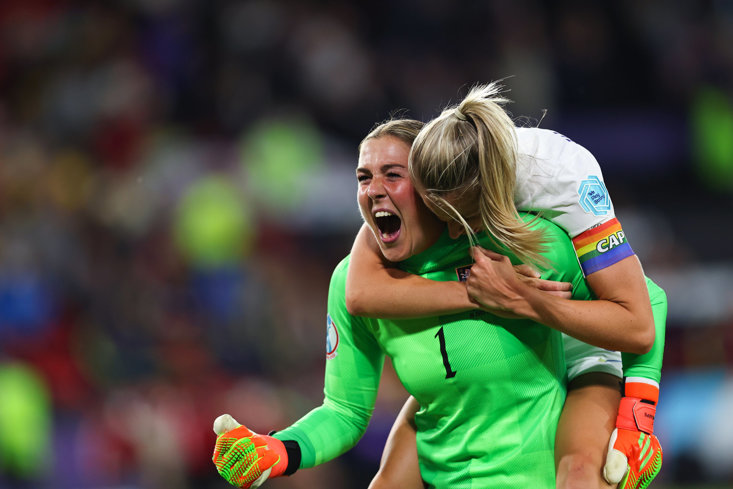 Alessia Russo made an instant impact off the bench as she drove at the Swedish defence and fired a ball across goal, but Hemp could only divert it onto the crossbar as England looked to put some gloss onto their performance. Then, there was a moment Russo will never forget.

A sumptuous England passing move ended with her shot being stopped by close range, but it came back to her and the Manchester United forward managed to backheel the ball through the goalkeeper's legs and into the net. It was audacious, it was incredible. It summed up England in this tournament.

Once again, when the Lionesses get their foot on the neck of an opponent - they do not let up. Sweden for all their ability and experience had been swept away, and it fell to Fran Kirby to add the fourth as her audacious chip found the net after a goalkeeping error.

Northern Ireland were seen as fodder and Norway were judged to be out of sorts in the group stage, but now Sweden have been comprehensively disposed of, perhaps it is just time to celebrate how good this England team really is.

The nation is behind them, and against Germany or France await in the final on Sunday - but with this special squad, it really does feel as if football is coming home.