Rugby League
News
England's men, women and wheelchair teams are all in action at the end of June
Kris Voakes
12:30, 16 Mar 2021

England’s first international under Shaun Wane will be part of a historic triple-bill in June as rugby league’s men, women and wheelchair players all get back in action after the Covid-19 pandemic in the space of 24 hours.

Wane will lead England’s men for the first time since his appointment as head coach in February 2020 when they take on the Combined Nations All Stars on Friday 25 June at Warrington’s Halliwell Jones Stadium.

The fixture will be a revival of the Exiles concept which first saw England take on an Other Nationalities team in 1904 and was repeated in an annual fixture between 2011 and 2013. The All Stars will be able to select from any available play from nations all across the globe beyond those declared for England.

It will also be the first international for England’s players since many of them were involved in the Great Britain Lions tour of 2019 which ended in four defeats from four games against Tonga, New Zealand and Papua New Guinea. 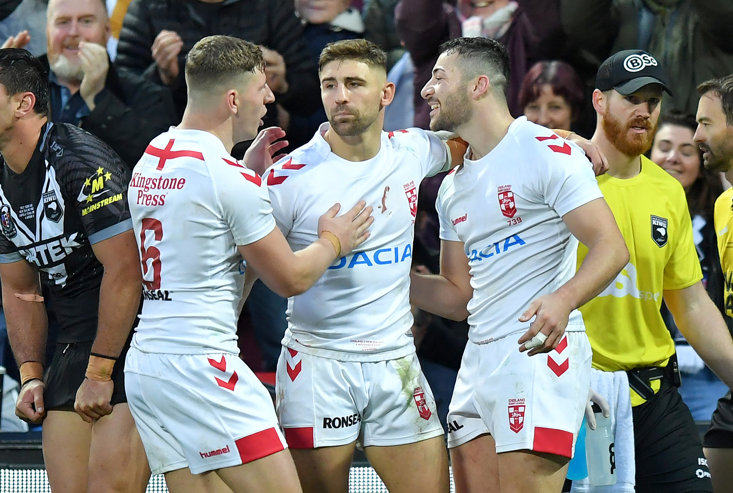 That main event will follow the England women’s fixture against Wales at the same venue earlier that night, with both matches to be shown live on Sky Sports. The dual screening is a first in the history of England rugby league.

And, in preparation for the Rugby League World Cup in October and November which will see men’s, women’s and wheelchair events running concurrently, England’s wheelchair team will also be in action on the same weekend, with Tom Coyd’s side taking on Wales on Saturday 26 June at the English Institute of Sport in Sheffield in a match which will be screened on the BBC’s digital platforms.

RFL chief executive Ralph Rimmer said of the triple-header: “In such a significant year for rugby league as we prepare to host three World Cups in England, this is an announcement for the whole game to celebrate.

“To have the three England teams who will play in those World Cups in action over the space of 24 hours in June, and for the England women and wheelchair teams to receive unprecedented levels of broadcast exposure through Sky and the BBC, really sets the tone for what we want to achieve this year.”

An initial allocation of 4,000 tickets have been made available for the double-header at the Halliwell Jones, and there is a hope that further admission will be made possible as social distancing requirements are relaxed over the course of the next few months.