Football
News
The young Lions had looked to have pulled off a sensational turnaround
Elliott Bretland
19:20, 31 Mar 2021

England Under 21s were cruelly dumped out of the European Championships on goal difference on Wednesday evening after beating Croatia but conceding in injury-time.

The young lions went into the final Group D match bottom of the standings and knowing they had to win by two clear goals. They also needed Portugal to defeat Switzerland by the same swing. Despite it looking like an uphill battle at kick-off, for 15 minutes heading into the dying stages of the game, it looked like Aidy Boothroyd’s side had pulled off a sensational comeback to progress as they led 2-0 and Portugal were doing the business, too.

England had gone ahead after only 12 minutes through Crystal Palace playmaker Eberechi Eze who scored from the penalty spot after Arsenal attacker Eddie Nketiah had been brought down in the box. 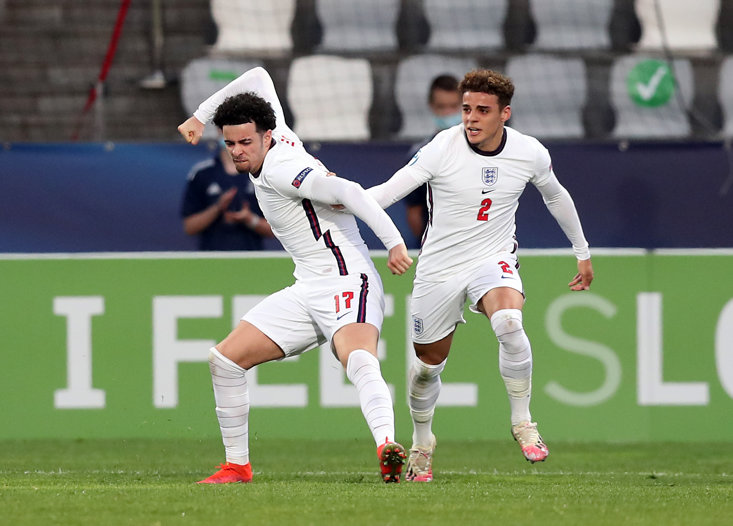 They then searched and searched for another before Liverpool midfielder Curtis Jones rifled the ball home on 74 minutes, striking it hard into the bottom corner having been teed up by Burnley winger Dwight McNeill. Portugal, meanwhile, were winning as well and England were heading for the quarter-finals.

However, disaster struck on 91 minutes as Domagoj Bradaric produced a stunning screamer which flew into the top corner, breaking English hearts and sending the Croats, managed by former Liverpool boss Igor Biscan, through. There was nothing goalkeeper Aaron Ramsdale could do about that one.

England were impressive here but ultimately, it was too little too late having lost their opening two matches. They really showed what they could do and it's clear this is a supremely talented group. Sadly, they won't be able to showcase it and instead, they are out. For everything good they did on Wednesday, they failed to record a shot on target before this game and that is were the downfall came.

Portugal beat Switzerland to take full control of the group and topped the standings with nine points from nine and without conceding a single goal. FC Porto defender Diogo Queiros got the opener after only three minutes before Barcelona’s Francisco Trincao doubled their advantage on the hour. Queiros’ club team-mate Francisco Conceicao, son of former Porto player and manager Sergio, got the third.

Despite Portugal’s helping hand, England didn’t do enough and the inquest now begins into a disappointing tournament showing.