Football
News
Aidy Boothroyd has named a squad filled with Premier League experience for the Euro U-21
Kris Voakes
14:20, 15 Mar 2021

England might never have had more to choose from at under-21 level. One quick glance at Aidy Boothroyd’s 23-player squad for the group stage of the European U-21 Championship tells you that there is some serious firepower leading the Young Lions to Slovenia later this month.

Even with no Reece James or Jude Bellingham, both of whom are set to link up with Gareth Southgate’s senior side for the World Cup qualifiers against San Marino, Albania and Poland at the end of March, it would be a huge let-down were England not to make it to this summer’s finals tournament in Hungary and Slovenia.

The biennial championships have been split in two in 2021 so as not to overlap with the rescheduled Euro 2020, meaning Boothroyd will always have been looking at losing some of his key names to the senior setup. But in the likes of Curtis Jones, Mason Greenwood, Callum Hudson-Odoi, Emile Smith Rowe and Tom Davies, there are plenty of Premier League regulars available and hopes should be high of them challenging for a first European title since 1984, when the likes of Paul Walsh, Steve Hodge and Mark Hateley were the juniors’ star names. 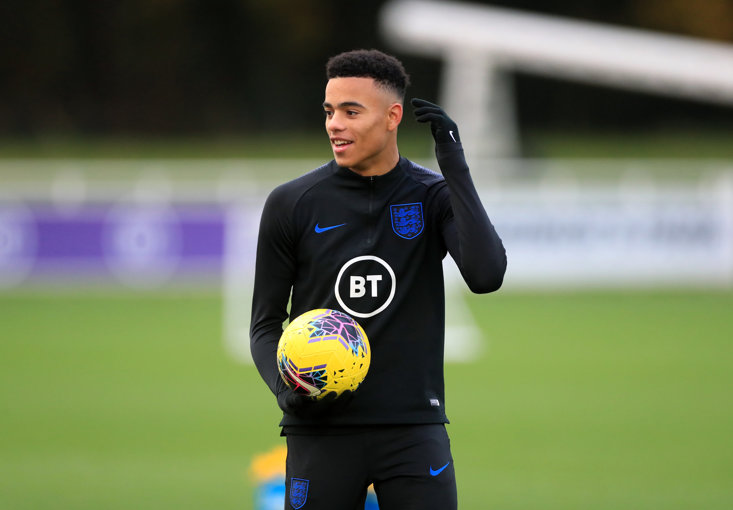 Greenwood’s name in particular stands out off the page, with his punishment following a breach of lockdown guidelines after his senior debut against Iceland in September having resulted in his international progress having been restricted. But Boothroyd told reporters on Monday that the Manchester United striker has benefited from the episode.

“We treat every player as an individual and we think very carefully when and where we pick them,” he explained. “Clearly in Mason’s situation it was right that he wasn’t right to play for his country and to stay where he was. That period of time has done him the world of good.

“He’s got a lot of support around him from his club and from us, Gareth is speaking regularly to Ole Gunnar Solskjaer and we think he’s a top player.

“Has he got something to prove? Every time he gets on the pitch there is an expectation of him because he’s a very good young player. But he is young, he needs guidance and help, and Gareth will speak to him before we meet up. I’ll speak to him to see how he is and how we can get the most out of him.”

England’s opening group stage game comes on Thursday 25 March against Switzerland in Koper before they head to Ljubljana the following Sunday to face Portugal. Their final Group D fixture is on Wednesday 31 March back in Koper against Croatia.

With the likes of Conor Gallagher, Aaron Ramsdale, Rhian Brewster and Eddie Nketiah involved, Boothroyd can boast 12 players currently plying their trade in the Premier League amongst his 23-man squad.