Rugby League
News
The new kits, sponsored by Betfred, will be worn at this autumn's World Cups
Kris Voakes
11:03, 27 Jul 2022

England Rugby League have launched a new-look playing kit to be worn by their men's women's and wheelchair teams at this year's Rugby League World Cup, while a pre-tournament friendly against Fiji has also been confirmed for the men's team ahead of the autumn extravaganza.

England's men will face Fiji on Friday, October 7 at the AJ Bell Stadium in Salford, and it will be the first showing for the new Oxen kit, a traditional all-white number with a new navy blue chevron design. The new principal shirt sponsor, Betfred, is also represented across the front of the jersey.

Rugby Football League chief commercial officer Mark Foster said upon the release of the kits on Wednesday: “Today marks another exciting step on the road to the Rugby League World Cup and we are all excited at the prospect of England supporters and players wearing the shirt at St James’ Park, Headingley, the Copper Box Arena and all the other fantastic World Cup venues. We thank our sponsors, Betfred, Ronseal and Reign Total Body Fuel, for their support in getting behind England in what is a massive year for rugby league.

“The Fiji match will be the perfect opportunity for our England men’s team to show their credentials before they embark on an historic World Cup campaign on home soil. With the majority of tickets priced at £15 for Adults and £5 for Under 16s, we wanted this to be an affordable event for all rugby league fans so that as many as possible can see off our England men’s players in style just eight days before RLWC2021 begins.”

Any fans who bought last year’s England shirt at full price will be able to buy the new shirt at 50% off and they will receive an email from Elite Pro Sports with details on how to redeem the offer. In addition, for a limited period, all other fans buying the new shirt but not redeeming the 50% off offer will also receive a free England RL Community Jersey, which will be worn by all three England teams for Captain’s Runs during RLWC2021. The jersey, which usually retails at £34.99, features the names of all professional and community rugby league teams in England.

RLWC2021 gets underway at Newcastle’s St James’ Park on Saturday, October 15 when England play Samoa in the first match of the men’s competition. England women play their first game at Headingley Stadium in Leeds against the RLWC debutants Brazil on Tuesday, November 1, while England wheelchair open their campaign against Australia at the Copper Box Arena in London’s Olympic Park on Thursday, November 3. 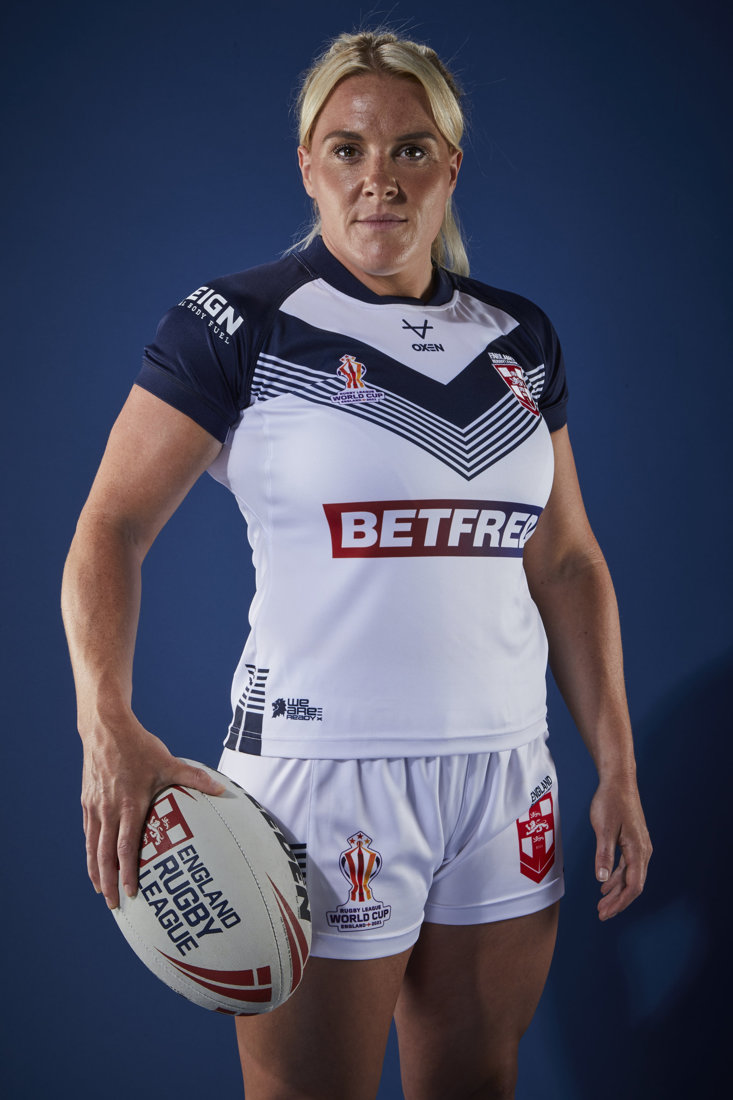 Pre-tournament opponents Fiji have been semi-finalists in each of the last three Rugby League World Cups (2008, 2013 and 2017), and are expected to challenge strongly again this year with a number of NRL stars including the Parramatta wing Maika Sivo and the Penrith forward Viliame Kikau.

England have only previously played pre-tournament Fiji on three occasions, all in World Cups when they were drawn in the same group – 1995, 2000 and 2013. But on this occasion they are in different groups, so cannot meet until at least the quarter finals.

England head coach Shaun Wane said of the fixture: “I said last year before the World Cup was postponed that Fiji were ideal opposition for us to get ready for the Samoa game, so I’m pleased we’ve been able to rearrange the game for this year. “They’re a very talented team who will give us a real challenge, which will be good for the players and for us as coaches – and as a Rugby League fan it’s a game I’d be looking forward to, so I hope our supporters come out and get behind us ahead of the World Cup.”

Tickets for England v Fiji, when the Men’s team will wear the new kit for the first time, are on sale now at //eticketing.co.uk/rugbyleague with the majority priced at only £15 Adults and £5 U16s. It will be a crucial run-out for England eight days ahead of their World Cup opener against Samoa at St James’ Park in Newcastle.