England vs Germany in a major tournament again. This time, it's the final and Wembley awaits as Sarina Wiegman and Martina Voss-Tecklenburg attempt to win Euro 22. A giant attendance awaits a truly historic occasion at the home of football as for the second time in a year, an England team will attempt to win a European Championship on home soil.

To celebrate this wonderful occasion, we’ve taken a look back at the crucial meetings between the two nations, starting with the finals.

Let’s start with the men’s only international triumph. We all know the story, but back in 66 Alf Ramsey’s boys found themselves in a final against the old enemy. At a packed out Wembley, Martin Peters opened the scoring in the final but Germany responded instantly through Helmut Haller.

Eventual hat-trick hero Geoff Hurst re-established England’s lead but Wolfgang Weber took the game to extra time with a gut-wrenching leveller. Then arguably the most controversial moment in a World Cup final. Hurst’s effort cannoned down off the crossbar and the goal was given, even if to this day, there is no conclusive evidence it went over. He added a the fourth with the final kick of the game and Kenneth Wolstenholme uttered the immortal words, “They think it’s all over, it is now!”

More of the same on Sunday please England.

13 years on, the Lionesses will be looking to avoid repeat heartbreak in a European Championship final. It was a different era for women’s football and Hope Powell’s women did well to get to the final in Helsinki having finished third in their group, but they were outclassed on the day. Karen Carney and Kelly Smith got themselves on the scoresheet to make a game of it, but England’s weak underbelly cost them, as Germany extended their 3-2 to six by full-time.

The same result on Sunday at Wembley would be utterly heartbreaking. 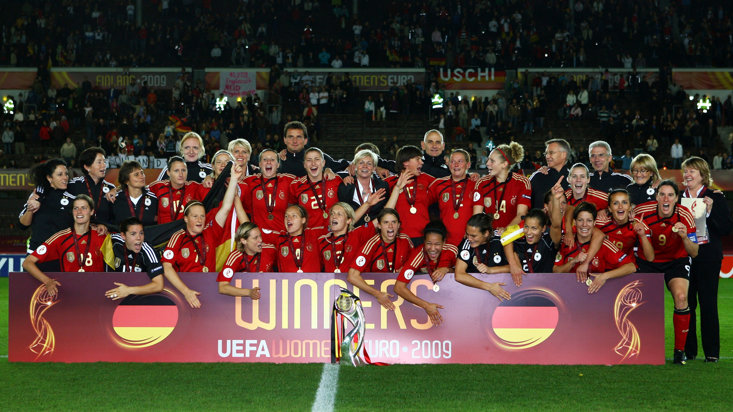 Six years later, this truly was a tournament England should have got to the final of. The Lionesses were sensational on their way to the semis as Lucy Bronze shot to superstardom with a thumping goal against hosts Canada but they were heartbreakingly beaten by Japan in the final four.

That 92nd minute Laura Bassett own goal still stings but it is easy to forget how well the Lionesses did to recover for the third place play-off against Germany. Having lost to the USA in their own semi, many fancied the European champions to take third spot but a resolute England won the game 1-0 thanks to a Fara Williams penalty in extra-time. Not bad.

26 years on, how can we not mention England’s semi-final heartbreak of 1996. At Wembley under those twin towers, the nation was primed and set for a memorable occasion as Paul Gascoigne and co strived to take the Three Lions into a final, 30 years after the World Cup win.

It was the summer of Baddiel and Skinner’s Three Lions, but football didn’t come home. Alan Shearer opened the scoring early on but the aptly named Stefan Kuntz spoiled the party with his equaliser. The game went to extra-time when Gazza came within a toe-nail of bagging a Golden Goal, before the dreaded penalties came. Gareth Southgate missed the crucial kick, and England were out. Please no penalties this time around. 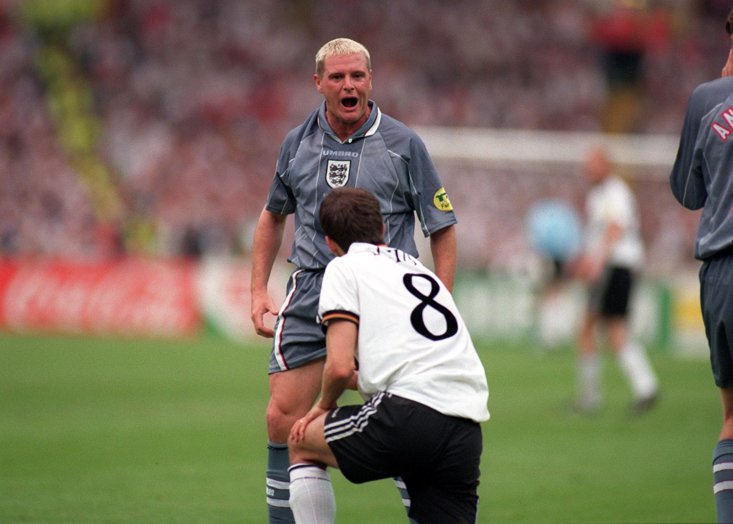 See above. Italia ‘90, Gazza’s tears and more penalty shootout heartbreak. Gary Lineker this time bagged a late equaliser to take the game to extra-time where Gazza was shown a yellow card and would miss the final. Tears on the pitch from England’s star were replicated by the rest of the team as first Stuart Pearce and then Chris Waddle missed penalties to send England crashing out.

You see, England don’t always lose at Wembley! Gareth Southgate’s men put in their best display of the entire tournament as they beat Germany in a knockout match for the first time since 1966, as Raheem Sterling and Harry Kane sent the nation wild at Wembley. They’d make it all the way to the final at the same stadium, let’s just hope a year on the Lionesses can banish those memories of heartbreak.