Football
News
The Clasico has been awash with superstars of late, but Messi is the last one left
Kris Voakes
10:00, 25 Oct 2020

It has been the centre of the European sporting calendar for the last couple of decades. El Clasico, with the glitz, the glamour and the fervent rivalry which sums up what football is all about, has come to be known as the single biggest must-see event of any year.

But when Barcelona and Real Madrid meet at the Camp Nou on Saturday night, there will be an increased sense that this iconic fixture is witnessing the end of an era. Because while Lionel Messi remains a Barca player for the time being, his likely exit at the season’s end would bring down the curtain on an age during which some of the game’s all-time greats have graced the Clasico.

Think about it, since TV deals were done all across the continent in the late 90s, opening up weekly La Liga football to the UK and beyond, the Clasico has been nothing short of star-studded. Before Messi and Cristiano Ronaldo took the game to a new level we had the Galacticos of Zinedine Zidane, Raul, Roberto Carlos et al coming up against the likes of Ronaldinho and Rivaldo.

The original Ronaldo and Luis Figo even played on both sides of the divide, the latter prompting that iconic moment when a pig’s head was thrown in his path on his return to Camp Nou with Madrid. The Clasico has captivated and amused us in equal measure thanks to the force of the personalities on display. 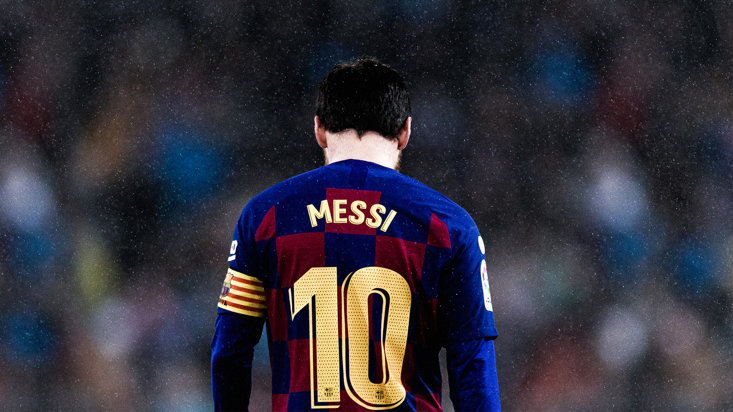 There will, of course, always be the curiosity factor for those of us who just love seeing the famous Blaugrana shirts opposing Los Blancos, but right now there are no obvious candidates to replace Messi in the spotlight as the showpiece figure should he call time on his Barcelona spell next summer. And with Covid-19 having pulled at the purse strings of every club in the world, there are no guarantees that either club will be in a position to bring in a new icon ahead of next season’s clashes.

That gives us even more reason to make the most of Messi while he’s still donning the famous red and blue. Because when he’s gone, there will be more than just his silhouette missing on the posters. With no Messi, no Ronaldo, no Zidane, no Figo, no Ronaldinho, no Brazilian Ronaldo, there are superstar-shaped holes waiting to be filled and little prospect of them being occupied any time soon.

So drink it in, folks. The final series of Clasicos in this most memorable of generations is about to begin. And it deserves a magnificent ending.