Has an entire England squad ever been summed up in 54 seconds before? In the second half of the Lionesses thumping 5-1 win over the Netherlands, Alex Greenwood gave away a penalty that was missed by Sherida Spitse on her 200th appearance, before Sarina Wiegman’s team broke away and scored a superb breakaway goal less than a minute later.

It was the moment that changed the whole balance of the game.

Lauren Hemp found herself on the left-wing after a flowing move and she whipped in a perfect ball to pick out the substitute Beth Mead, who continued her brilliant run of form in front of goal from close range. It showed the best of England’s attacking fluidity as they went on to score five against the 2017 champions, but also covered the defensive uncertainty Wiegman still has to deal with ahead of the Euros.

On a fantastic night for the forwards that saw Mead bag a brace, it was an indifferent night for England’s back four as Wiegman attempted to nail down her first XI. As one of the best of the world, Lucy Bronze is certain to start at right-back and her opening goal tonight - albeit not intentional - shows her importance to this England team in an attacking sense.

WIthout Steph Houghton’s huge experience in this squad, the central defenders need to step up and fill the huge void that she leaves. Chelsea’s Millie Bright is now the key figure in that back four and the player Wiegman must rely on to organise and shape the defence. Her partner tonight was Alex Greenwood as the experienced Rachel Daly played at left-back but there felt a slight disconnect between the central defenders and the midfield in the first half.

A trio of captain Leah Williamson, Fran Kirby and Keira Walsh showed in the second period that they have all the attributes to control a game, yet the Netherlands - winners of Euro 2017, were able to get at the England defence as they struggled to play out from the back on several occasions in the first period. 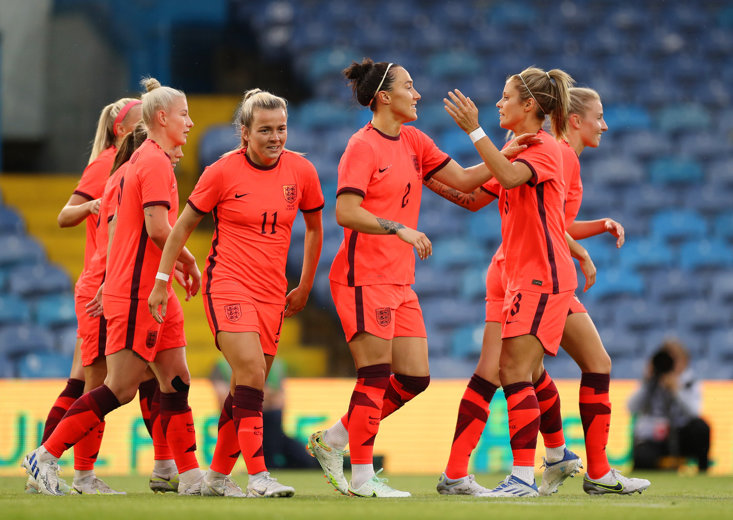 However, as we saw in the second 45, his enthralling attacking line-up is able to blow away even the best opposition. Even without Ellen White, England were vibrant and exciting in the final third. Meanwhile at the back, Greenwood struggled to assert herself against a difficult Netherlands side. Lineth Beerensteyn is a tricky opponent and only Lieke Martens’ half-time withdrawal prevented her from adding to her headed goal she bagged in the first-half.

Mary Earps comes out of this with huge confidence and credit after she put in a positive performance and managed to put Spitse as she missed her penalty. One particular close range stop from six yards out drew huge acclaim from the crowd at Elland Road and her display will bring confidence to those in front of her.

If England can assert themselves defensively, then their attack can carry them to Euro 2022 glory. Ella Toone came off the bench and found the net thanks to some horrendous goalkeeping from Sari van Veenendaal, before Lauren Hemp found the net with a lovely volley. But Mead brought the star quality off the bench and got her second of the night to round off a perfect second half performance for the Lionesses.

Add Alessio Russo and Ellen White to the mix and you have attacking options that few will be able to cope with this summer. With attackers this good, who needs to worry about defending?