Getting back to basics is what will relight England’s World Cup fire insists skipper Eoin Morgan after his side suffered a second consecutive defeat against Australia.

England had not lost back-to-back ODIs on home soil since 2015, yet they followed a loss to Sri Lanka at Headingley, where they failed to chase down 233, with a 64-run reverse against their oldest rivals at Lord’s.

It was once again an unsuccessful chase that proved their undoing as Australia’s 285/7 was more than enough when left-arm seamers Jason Behrendorff and Mitchell Starc took nine wickets between them.

And Morgan believes his side have got away from what has made them so successful since the ICC Men’s Cricket World Cup 2015 and must rectify that in order to get their semi-final hopes back on track.

“Both this game and the last, we struggled with the basics of what we call our batting mantra,” said the England captain.

“Strong intent, building partnerships, and doing it in our own way – we haven't done those for long enough periods of the game in order to either chase down 230 or chase down 280, and that's disappointing.

“Our mantra is always evolving – if you’ve watched the last two years of the way we’ve played, it has evolved a lot.

“Normally when we lose games of cricket, we go back to what we do well. We'll still strive to do that for Sunday's game against India.”

England’s chances of reaching the semi-finals have taken a hit in the last two matches but their path to qualification is still in their own hands – with victories in their final two group games guaranteeing a knockout spot.

Those contests are against two sides also currently ensconced in the top four – India and New Zealand – and Morgan is hoping to set an example that his squad can follow.

“They [hopes of reaching the semi-finals] are still strong,” he added. “The chances are in our hands.

“Everything is within our control. We just need to produce a performance worthy of winning either one or both of the next two games.

“Contributions from myself over the next two games might have an impact on the changing room, so hopefully I can make a difference.”

cricket.com.au
@cricketcomau
Australia WIN!! And by doing so 🔒 up a #CWC19 semi-final berth!
Scorecard: 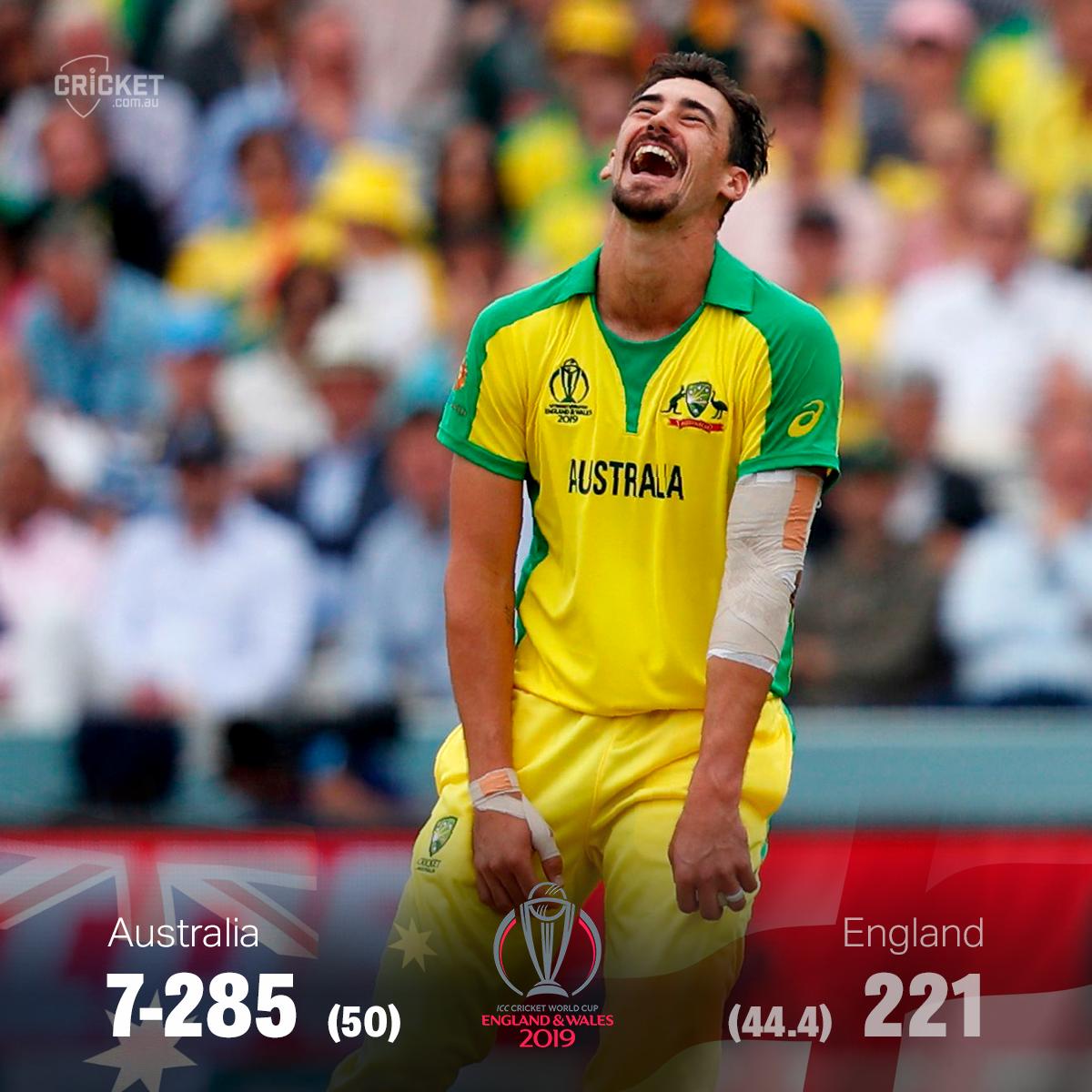