Football
News
The Ivorian centre-back looks to be a vast upgrade on Victor Lindelof for Ole Gunnar Solskjaer's side
Simon Lillicrap
11:00, 21 Feb 2021

It feels like Manchester United are close. Close to having a starting XI that can seriously challenge for the Premier League title and close the gap on rivals Manchester City. In Bruno Fernandes, they have a truly world class player who alongside the likes of Anthony Martial and Marcus Rashford can score goals while Fred and Scott McTominay have both stepped up this season to provide competition for the immensely talented Paul Pogba.

Turning to the other end of the pitch, Dean Henderson is pushing David de Gea for a starting spot with his recent performances while Luke Shaw, Alex Telles and Aaron Wan-Bissaka are a trio of first-rate full-backs. Then we come to the centre-backs. Harry Maguire, at £80m may have been overpriced but this season especially he has shown he is good enough for Ole Gunnar Solskjaer’s men. His aerial dominance, along with the way he has been able to bring the ball out from the back to start attacks has been a real asset to United this term and now he just requires a stable partner alongside him. 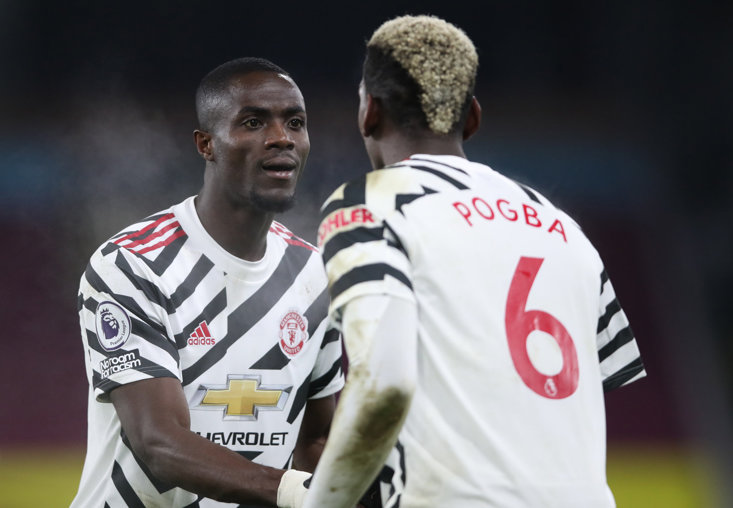 Victor Lindelof though, for all the chances he has been given this season, still doesn’t look like the perfect fit. With the ball at his feet he is more than competent but when it comes to battling with strong attackers or being run in behind, he can be beaten. In recent weeks he has been bullied by Dominic Calvert-Lewin against Everton while West Brom’s Mbaye Diagne also got the better of him in their 1-1 draw.

So what is the solution? Step forward Eric Bailly. Injuries have hampered the Ivorian’s progress at Old Trafford but he does possess all the attributes to improve that back four. In many ways he is the yin to Maguire’s yang. The Englishman lacks pace, something Bailly has in bucket loads while if Maguire goes to win most aerial duels, it makes sense for Bailly to cover in behind.

Against Real Sociedad we saw the best of this pairing. A clean sheet and a dominant win was just reward for some solid defensive play which provided the base for the attacking players to flourish. Although Bailly was one of several changes made by Solskjaer, it is him out of everyone who has the most chance of becoming a regular first team player.

Bailly started in the 6-1 home defeat to Tottenham before suffering an injury, but since then, when he has played this season, United are undefeated, winning on his last four league appearances. With their defence coming under scrutiny having dropped points in their last two Premier League matches this is the perfect time for Solskjaer to reinstate Bailly into his first choice defence.

It hasn’t just been the last few weeks that a soft underbelly has undermined this side. Despite all their attacking flair and their lofty position of second in the Premier League, only the two Merseyside clubs out of the top ten have conceded more goals than them. That’s something that needs to be addressed.

At 26, the same age as his colleague Lindelof, Bailly needs a consistent run of games to see exactly what he can do. He has all the attributes to be a perfect partner for Maguire but to date, injuries have plagued his United career and if they continue to do so, then the Red Devils may be better off cutting their losses and looking elsewhere. However, underneath those niggles lies a top defender and importantly, a much-needed upgrade on Victor Lindleof.

Which way will it go for the Ivorian? Only a run of games can give us our answer.