Football
News
A brace on his Premier League debut secured a 2-0 win at the London Stadium
Simon Lillicrap
18:29, 07 Aug 2022

Erling Haaland took to the Premier League like a Norwegian duck to water as he scored a brace in Manchester City’s 2-0 win over West Ham. Pep Guardiola’s side dominated the ball but needed the pace and power of their number nine to win the game.

Having seen him shine in the Champions League and Bundesliga there were few doubts about his ability, but to watch him scythe through a Premier League defence in the manner that he did was just exceptional. His acceleration was frightening and the scary thing is, City didn’t even get out of second gear. With Haaland, they don’t really need to, but this win proved exactly why they bought him.

City were stagnant at moments in the first period, but in the blink of an eye, the Norwegian changed the game. He flew through the back line after a Ilkay Gundogan pass and got to the ball before substitute goalkeeper Alphonse Areola who took him down in the box. Of course, a man of his reputation wasn’t going to give the penalty to anybody else and he calmly slotted the ball home to get off the mark for his new club.

​​​​​​​It’s the first of many and although it was only a penalty we saw glimpses of his talent in that first period. City weren’t at their flying best, and it was a pretty poor half as that penalty was the only shot on target, but Haaland made it count. With 79% of the ball in the first 45, it was domination by possession, rather than attempts on goal for the Citizens.

Phil Foden was imperious having got the nod to start. At one point he brought the ball out of the sky and controlled it with one magnificent touch, before he whipped in an almost perfect ball for Haaland, but the Norwegian just couldn’t get his head to it.

The game was dull for the majority of the 90 minutes, but Haaland in two key moments made the difference. It was all about one man. City were not at their best but as West Ham came onto them, they delivered the knockout blow. Kevin De Bruyne picked up the ball and threaded a perfect ball through to the onrushing Haaland, who had plenty of time to pick his spot and slide the left-footed finish past Areola. 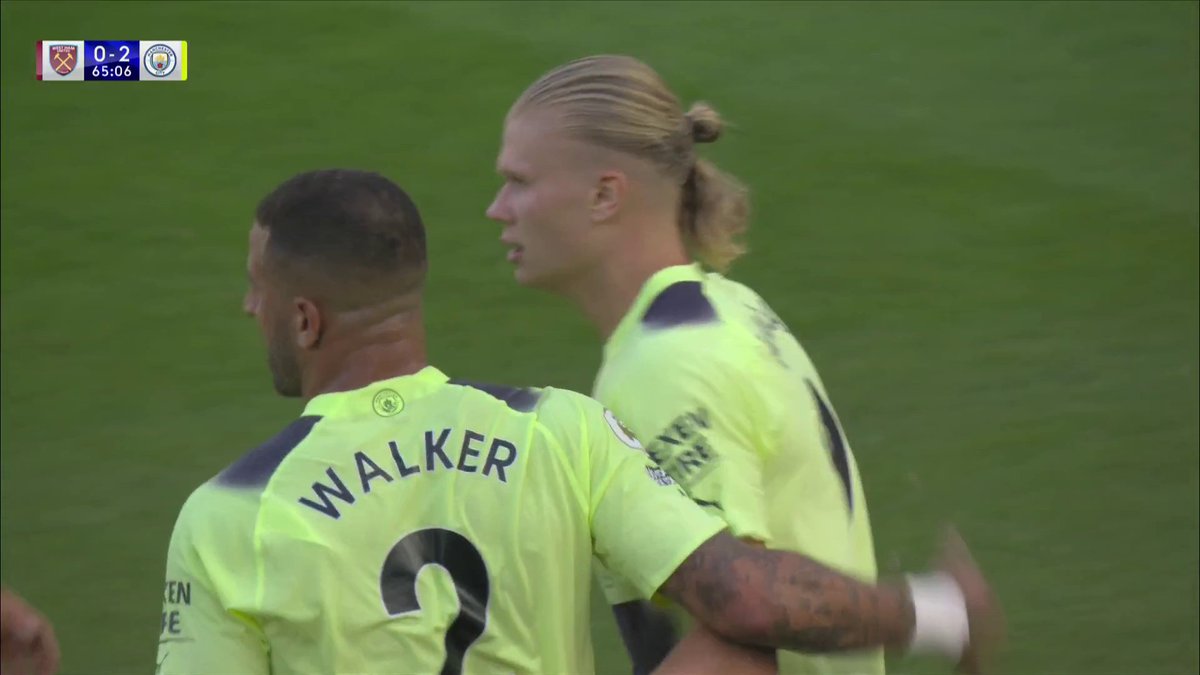 It was a warning sign to the rest of the teams in the Premier League. If you don’t sit in and defend compactly, and if you dare to open up, Haaland will destroy you. He’s quicker than any defender in the league, as strong as an ox and with a deadly calmness in front that makes him such a dangerous package.

He also made several good runs where the pass was not played to him, which raises further concerns for Premier League opponents. Once he is fully integrated into this City side, he could be utterly unstoppable. For City as a whole, this was a case of blowing off the cobwebs and shaking off any potential hangover from that Community Shield defeat.

With Julian Alvarez, Riyad Mahrez and Kalvin Phillips all coming off the bench late on, it was almost as if Pep was flexing his muscles to the rest of the division. Bournemouth travel to the Etihad next weekend knowing they could be in for a hiding. But then again, every single side could feel the same way when they come up against Haaland and co this season. The champions are off and running, and their brand new star is shining brightly.