If reports are to be believed, Pep Guardiola has finally signed a striker. A living, breathing, functional number nine. With personal terms agreed, Manchester City have fought their way to the front of the queue as they close in on Erling Haaland, the striker that has taken Europe by storm over the past few years.

At 21 years old, the Norwegian has scored at an alarming rate, with 131 goals to his name in 178 first team matches. But when you break that down to his last two clubs, RB Salzburg and Borussia Dortmund, the numbers skyrocket. He’s bagged 82 goals in 85 Dortmund appearances, while he got 29 in 27 in his short stint in Austria.

No player has such an instant impact on the Champions League. As a teenager, he scored in his first five appearances of the group stage and his record currently reads, played 19, scored 23. No player in history has a better goals per game record against Europe’s elite than Haaland.

So you can see why Man City were desperate to sign him, but is he the right man to spark a new era of dominance for the Citizens? Currently on track for four Premier League titles in five years, many believe that Guardiola’s methods are better suited without a striker. That great Barcelona team had Lionel Messi as a false nine as they dominated the midfield, and this City team is moulded in their image.

Last summer, Harry Kane was an obvious target, but the signing of Jack Grealish was prioritised instead of bringing in the England captain. The domestic cups have evaded them this term, but City are still hot favourites for the  Premier League and will fancy their chances of reaching a second successive Champions League final - knowing that a historic double that would mark their most successful season ever. 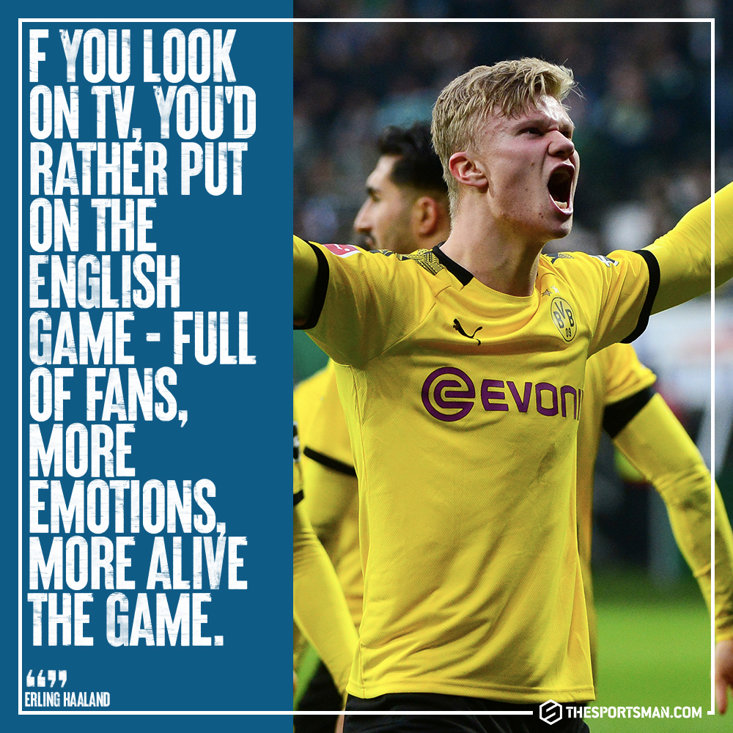 Kane’s mega-money move didn’t materialise, but that didn’t stop City making a move that has paid off in the long-term. Their ‘interest’ in Cristiano Ronaldo, sparked Manchester United into making a signing that simply didn’t fit with their philosophy.

The change in the dynamics of the dressing room meant that captain Harry Maguire was undermined, lost confidence, and is now fighting for his place in the team. Ronaldo didn’t get Ole Gunnar Solskjaer the sack on his own, but this United side is so far removed from the unified one that finished second last term, and his arrival has to be considered a major factor.

The red side of Manchester is now trailing in the wake of City once again but the Citizens are going to make a major investment when it comes to Haaland. His £63m release clause is reasonable, but he’s going to surpass Ronaldo’s £480k a week wage to become the highest-paid player in the Premier League.

That goal scoring rate doesn’t come cheap, especially for a 21-year-old, but this isn’t as cut and dried you might think it is. Since September 2021, he has been injured for 93 days which has resulted in him missing 16 Dortmund matches. He could only appear in three of their Champions League group stage games as BVB failed to qualify for the last 16, while he also didn’t feature as Rangers dumped them out of the Europa League.

Sky Sports News
@SkySportsNews
🗣 "We are playing without a striker... For many years I don't think about transfer windows especially when we have incredible things to play for"
Pep Guardiola addresses the Erling Haaland to Manchester City rumours 🤫
75
780

This season hasn’t just been a one off either. Last campaign he missed ten Dortmund matches at a time where he should be physically unbreakable. By comparison, Ronaldo - in his mid 30s - has missed just 17 matches since September 2016, and four of them were due to him contracting Coronavirus.

If Ronaldo is too much of a freak of nature to be compared to, Phil Foden, also 21, has missed just seven through injury over the past three seasons. Haaland over the past two seasons has proved he is injury prone, but when he is fit, he will average over a goal a game.

For City, perhaps more than any other club, it’s a gamble well worth taking. Given they are backed by an entire state, money isn’t an issue and they’ve already proved that they don’t need a striker to be successful. But, in the games where they are lacking that clinical edge or physical presence, Haaland will provide it. As long as he’s not on the physio’s treatment table.