Every boxing match is a roll of the dice. Fans demand ferocity and violence. They roll the dice and wager that they will see just enough of these dark qualities to be entertained, but not enough to ruin or end the lives that hang perilously in the ring in front of them. The boxers roll them too, but they wager far more of themselves than we do in their fragile gamble. They go out to hurt, to maim, to punish, and ultimately to stop whatever is in front of them. Their opponent does the same. But a life can be brutally altered, or completely extinguished, by this gamble.

30 years ago today, Chris Eubank and Michael Watson stepped up to the crap table and rolled. One would emerge a shadow of his former self. Not a shadow of the fighter he once was, a shadow of the man he once was. The other would emerge with an ever-present shadow on his psyche from the horrors that unfolded. A war wound that doesn’t show on x-rays. Every boxing match is a roll of the dice.

Eubank and Watson first clashed in a prize ring in June 1991, for the former’s WBO middleweight championship. The foppish Eubank triumphed that night by a razor-thin majority decision, one which was hotly-disputed by those who felt Watson deserved the nod. An immediate rematch was ordered, just a few months later in September. The wheels of boxing moved a lot faster back then, though the close proximity of the two fights possibly did not help what followed. 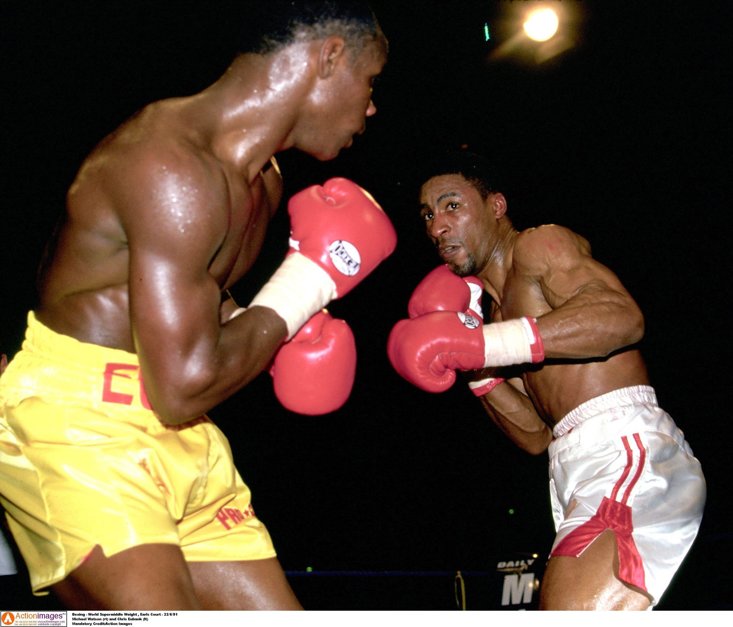 The rematch took place for the vacant WBO super-middleweight crown. A new weight class, but the same ferocity and violence. ‘The Force” had a point to prove, feeling a swelling sense of injustice that Eubank had got the decision last time they fought. Watson raced ahead on the judge’s scorecards, taking the fight to Eubank at White Hart Lane. In the eleventh round, his dream of finally becoming a world champion at the third time of asking was on the verge of fruition. An overhand right sent the cocksure ‘Simply The Best’ to the canvas. Eubank rose immediately, and clattered Watson with an uppercut, sending the challenger down, his head hitting the second-bottom rope on the way. The bell rang to end the eleventh session, and Watson had to be helped back to his corner by trainer Jimmy Tibbs.

It is an uncomfortable scene, with the benefit of hindsight. Michael Watson, mouth agape, looks confused and unsteady, unsure of where he is at that moment. He has barely regained his bearings when round twelve commences. Eubank backs him up to the ropes with minimal resistance, and a few tired swings are all it takes for the referee to call a halt to proceedings. In truth, the fight should have been waved off at the end of the previous stanza, but I concede it is easier to say that with the knowledge of what came next than it would have been on the night.

Watson was led to his corner, and terrifyingly he would not leave it under his own power. The stricken fighter was carried out on a stretcher, never to box again, but in a far more grave fight from this point on. There was no resuscitation equipment at White Hart Lane that day, a devastating oversight that would eventually be corrected for future fights in this country thanks to this very incident. The first hospital Watson was ferried to did not have the required equipment or head trauma specialists on hand either. Eventually a second hospital gave Watson the care he needed. So much about this boxing tragedy feels so preventable.

The fighter would undergo five operations to remove a severe bleed on his brain, and spend 40 days in a coma. Over the years that followed he would make a remarkable recovery. Watson, the fighter who had battled with the utmost determination during his ring years, resurfaced. He defied medical prognoses that he would never talk, walk or write again. Michael can do all this and more, and his charitable efforts have included completing the London Marathon in six days, an incredible feat for a man who has come through this sort of brain injury. 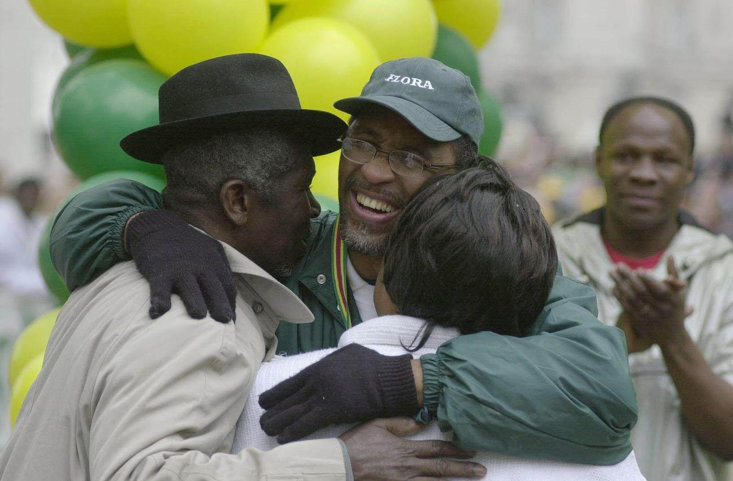 Watson also took legal action against the British Boxing Board of Control, for failing in their duty of fighter care by not having the correct medical provisions in place. Steps have been taken since to prevent another Watson-Eubank incident from ever occurring again.

This fight will forever hang over British boxing as one of its darkest nights. As fans, we cheer for potentially traumatic, violent acts. But next time a referee rescues a fighter a few seconds before they are truly knocked out, or when a doctor suggests a fight be stopped for an athlete’s safety, please do not complain. We do not need to see a hurt fighter become a damaged one. We do not need another pound of flesh from these warriors who already give us so much. We need referees and doctors who are willing to risk fan scorn to save fighters from themselves. What we do not need is another Eubank-Watson.