Scotland are the final of the three home nations to get their Euro 2020 campaign underway when they play Czech Republic at 2pm on Monday afternoon at Hampden Park.

It’ll be the Tartan Army’s first major tournament since France ’98 and first European Championship since 1996 when they famously faced England, with the old enemy awaiting them once again on Friday.

First up, though, is a side who qualified behind the Three Lions and were the only nation to take points from them when running out 2-1 winners in Prague.

Since then, Steve Clarke's side have beaten the Czech Republic both home and away in the Nations League but finished behind them in the table. There is no doubt Scotland have improved in terms of a legitimate goal threat, given to them by Lyndon Dykes and Che Adams, and can approach this tournament with some freedom as they celebrated qualification like they had won the tournament. With a home crowd behind them in Glasgow, Scotland have plenty going for them and were just minutes away from beating the Netherlands in a friendly a couple of weeks ago.

They have lost just two of their last 13 games, narrow 1-0 defeats to Israel and Slovakia, and have not lost any of their last eight games at Hampden Park, winning five of them.

Steve Clarke can also call up on a pair of Champions League winners in Andy Robertson and Billy Gilmour, plus Scott McTominay, Kieran Tierney ad John McGinn who all had excellent Premier League seasons. 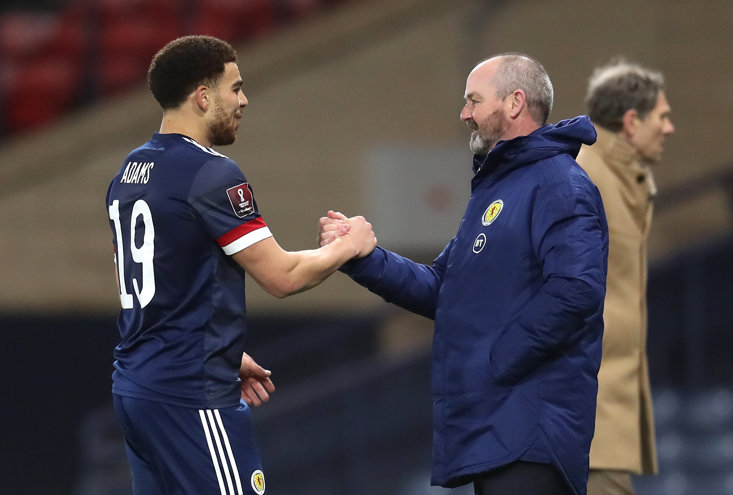 Since the defeat to Scotland in September, the Czechs have lost three of their last eight, including a fiery game against Wales, although they did hold Belgium to a 1-1 draw in World Cup qualifying. Whilst solid, this side is a long way removed from the Karel Poborsky and Patrick Berger-led team who were finalists in 1996 and Scotland should give it a real good go. The Czechs edge favouritism at 7/4, Scotland 15/8 and the draw is 2/1, giving you an idea of how tight a game it appears. However, there are grounds for optimism for the Tartan Army and the 15/8 about them earning three valuable points on home soil looks worth taking.

At 5pm, Poland take on Slovakia in St Petersburg. Poland have been in poor form, winning just one of their last seven games, a 3-0 win versus minnows Andorra, and face a tenacious Slovakia side who have drawn four of their last five.

Managed by Portuguese legend Paulo Sousa, Poland have the stronger squad and are led by superstar striker Robert Lewandowski, and their run to the quarter-finals five years ago was their best tournament effort since 1982. I can’t be enthused about quotes of 4/5 for them to win this game and a small stake on the draw at 12/5 makes more appeal.

Finally, Covid-19 stricken pair Spain and Sweden will play in Seville at 8pm. It has been anything but plain sailing for Luis Enrique since Sergio Busquets tested positive for Covid-19 last week before Diego Llorente also fell victim. They have a 17-man parallel squad should they be required to fulfil their games.Meanwhile, Juventus starlet Dejan Kulusevski and Mattias Svanberg also tested positive for Sweden.

Spain look like a side still in transition from the dominant team early this millennium and have struggled in their last three tournaments. They still possess technically gifted players and recently put six past Germany in a Nations League encounter but have been held by Greece and needed an injury time winner to edge past ten-man Georgia in World Cup qualification.

Sweden have won their last five games, shipping just a single goal, and although this will be tougher than those matches, I think they will give Spain plenty to think about. It could be a battle between two excellent young strikers in Gerard Moreno, should he get the nod ahead of Alvaro Morata, and Sweden’s 21-year-old striker Alexander Isak, who plies his trade in La Liga with Real Sociedad.

Despite Spain being backed into very short 1/3 favourites, I believe it will be tighter than the odds suggest. There could be some value in the draw at 4/1, but I would suggest a small play on Isak to score anytime at a generous 4/1 after bagging 17 goals in La Liga this term.