Just eight teams remain in the hunt for Euro 2020 glory with four fantastic quarter-finals scheduled for Friday and Saturday.

We will address the final two games on Friday but first is a quarter-final match up that sees France’s conquerors Switzerland take on Spain in St Petersburg (5pm ITV).

There is no doubt Switzerland will miss the midfield presence of Arsenal’s Grant Xhaka due to suspension. He was instrumental in their fightback against France, qualities we have rarely seen at the Emirates, and weakens the middle of the park.

Spain however have improved for the addition of Sergio Busquets and Pablo Sarabia who started both their recent games in which Luis Enrique’s team made history. They were the first side in Euro’s history to score five goals in back-to-back games.

Both managers know they cannot continue to concede as many goals as their last game if they are to have designs on winning the trophy, with an incredible fourteen goals combined in their last match.

The goals markets may have overreacted to those games as I expect this to be a much tighter affair. 10/11 about under 2.5 goals appeals as the best bet.

While Spain should be warm favourites to progress, I do not think they should be as short as 4/6 as bookies appear dismissive of Switzerland. They were finalists at the inaugural Nations League and incredible qualities to knock out the World Champions. La Roja should be closer to 10/11 and maybe the draw at 11/4 is not the worst bet for two teams who both went to extra time in the previous round. 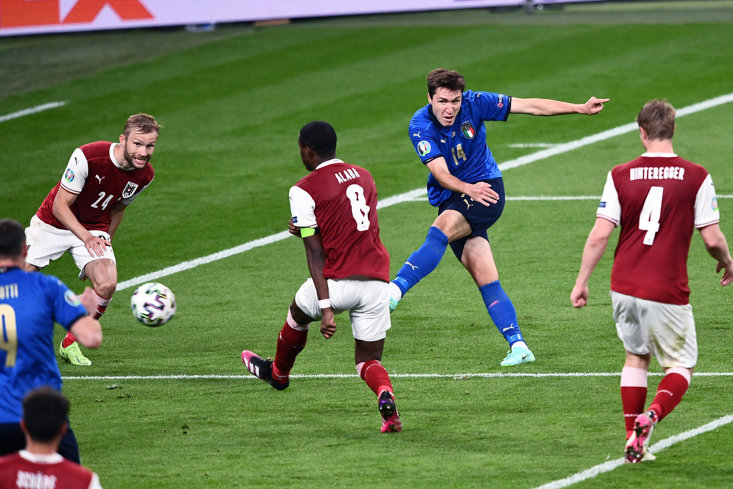 At 8pm (BBC) in Munich, the tie of the last eight sees Belgium lock horns with Italy.

Eight years ago, Roberto Martinez and his Wigan side toppled Roberto Mancini’s Man City in a David v Goliath match up at the FA Cup final.

Now they meet on the international stage and once again it is the Italian in charge of the favourites.

There is a bigger discrepancy in price as expected, but this is down to the huge question marks over the fitness over Eden Hazard and Kevin De Bruyne, neither of which will be 100% to start the game. They are two major blows for Martinez who needed his talismen to turn around their second game versus Denmark in the group stages and have not looked back since. They are under perhaps more pressure with that ‘Golden Generation’ tag weighing heavier than most, remember the same was applied to England a decade ago who remained trophyless.

Mancini meanwhile maybe able to recall experienced defender Giorgio Chiellini who missed the win over Austria with a Hamstring issue while the subs who came on to turn that game at Wembley will be all pushing for a starting place, including Federico Chiesa who scored the opener.

Both sides have only been breached once all tournament and I do not expect many goals. Under 2.5 is as short as 8/15 with Belgium having just the single shot on target against Portugal being enough to secure victory. They rode their luck late on though as Courtois was called into action and the post came to their rescue.

If Hazard and/or De Bruyne do miss out, it will be a confidence boost for the Azzurri and a bitter blow for the Belgians that will tilt the scales in Italy’s favour, and a single goal maybe enough to win the game in normal time.