Football
News
Belgium And The Netherlands both won and booked their spots in the last 16
Simon Lillicrap
22:55, 17 Jun 2021

It was another action packed day at Euro 2020 as two sides booked their place in the last 16, while we sadly said farewell to North Macedonia, who became the first side mathematically out of the competition. Here’s what you might have missed from Thursday’s action.

Andriy Shevchenko’s Ukraine side got their first win of the tournament and once again put on a show in an enthralling encounter with North Macedonia. Ukraine led 2-0 at the break thanks to goals from Andriy Yarmolenko and Roman Yaremchuk, North Macedonia battled back to set up a thrilling second half.

Leeds United’s Ezgjan Alioski missed a second half penalty but smashed in the rebound, before Ukraine were awarded a penalty of their own after a VAR check for handball. Ruslan Malinovskiy saw his spot-kick saved, in a tournament that has remarkably seen four of six penalties missed. North Macedonia are all but out, but Ukraine are well on track to qualify for the last 16. 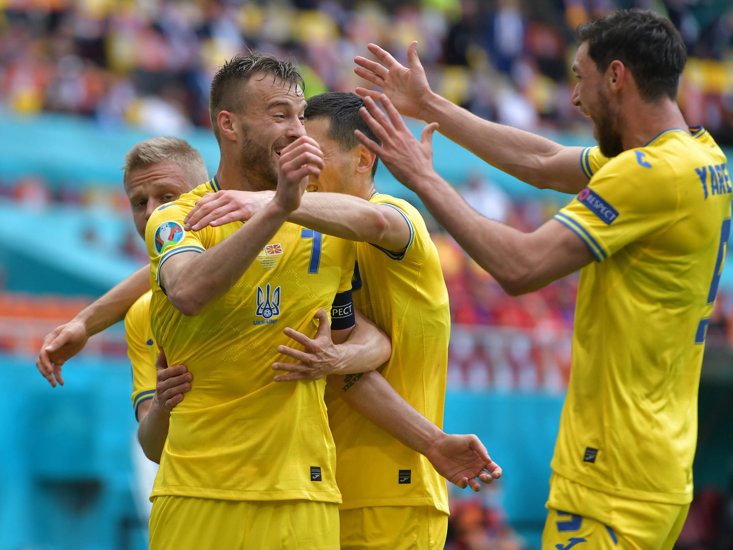 Kevin De Bruyne came off the bench at half-time for Roberto Martinez’s Belgium side and inspired his side to a 2-1 win which secured their spot in the last 16. On what was an emotional occasion for Denmark with their friend and teammate Christian Eriksen in hospital, they got off to a flying start, scoring in the opening two minutes.

However, De Bruyne was put on at half-time having been recovering from his eye socket injury sustained in the Champions League final. One goal and one brilliant assist from the Manchester City man saw Belgium take all three points, and the Red Devils looked like a completely different outfit with him on the field after a disappointing first half. Watch out Europe, De Bruyne is back to his best, and it didn’t take long. 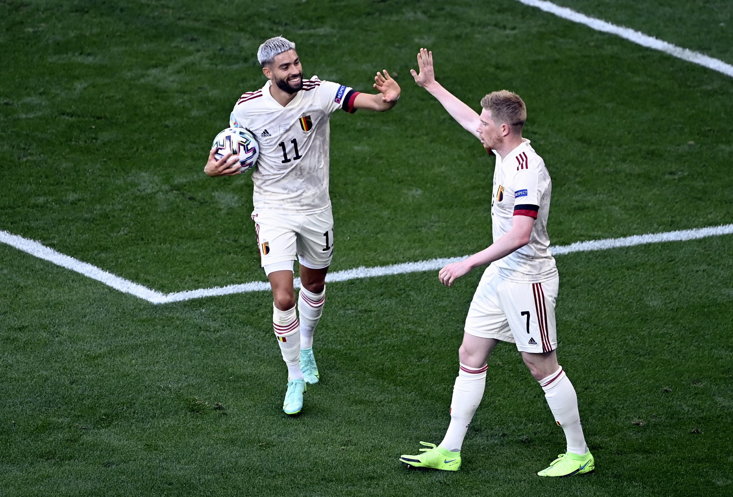 Netherlands Dominate Austria To Go Through

Denzel Dumfries stole the show as the Netherlands put in a strong showing to book their place in the last 16. He was a huge attacking threat for the entire match and got on the scoresheet from close range after a lung-busting run into the Austrian penalty area.

That goal came after Memphis Depay had converted from the penalty spot to get off the mark in the tournament, as Frank de Boer’s side looked to be more settled in their formation that gets the best out of their wing-backs.

Austria underwhelmed yet again with David Alaba wasted for the majority of the game at centre-back. On one of his rare forays forward he whistled a shot past the far post, which was the closest his side came to scoring. Austria face Ukraine and will need something to secure qualification, while the Netherlands can relax ahead of their final group game with the already-eliminated North Macedonia.

Although they may have lost the game against Belgium, Denmark warmed the hearts of every football fan watching on with their touching tribute to Christian Eriksen. In a hospital just metres from the stadium, Eriksen is likely to have heard the roar of appreciation and chanting of his name from his window as play stopped on the tenth minute.

"The only thing I'm disappointed by is the result, I didn't expect much from this game, but I can't describe the pride I feel about this squad," said Denmark coach Kasper Hjulmand afterwards.

"We've felt an enormous back-up from the people, from all the people following us, this whole stadium and all the people we've met and felt the love from - that's what did it in the end.

"We know that it's going to be a tough few weeks for you, Christian, but we're here for you. We're going to stick together and we're going to beat the Russians. We're not done in this competition.

Gareth Southgate has confirmed that centre-back Harry Maguire is in contention to play against Scotland on Friday night, although he is yet to hint at whether he will start, or come from the bench. Maguire was an injury risk coming into the tournament having missed Manchester United’s Europa League final and not played since May 9.

"The decision we have got to make is whether he is ready to start," said Southgate ahead of the big game with Scotland.

"We are really pleased with his progress, he has trained with the team for four or five days now and he has had no reaction.

"He is on a really good path. We want everyone available, it causes difficult decisions but we have 26 players on the training pitch and that is a great position to be involved in."